Stories between the Lines 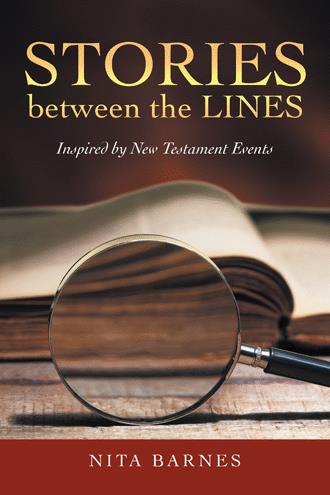 The next day, as Paul’s sister and nephew were walking through Jerusa-lem, they quietly thanked the Lord and rejoiced that Paul had escaped that death plot. As they looked across the street, they had to suppress a strong urge to laugh out loud when they saw several men with shaved heads who appeared to be very hungry and thirsty. Paul’s nephew thought all week about the Commander’s invitation to visit. He asked the Lord to give him favor with the Commander and for words he could speak that would bring him to salvation. He remembered the Lord’s commission to his uncle: that Paul would be sharing the Good News with Gentiles. Well, reasoned the nephew, Uncle Paul’s commis-sion was for him as well; and the Commander was definitely a Gentile! At week’s end, the nephew was ushered into the Commander’s office. The nephew thanked him for inviting him back and inquired how his un-cle was doing. The Commander replied, “Let’s just say he is in good hands now; that’s all you need to know at this time. Now, let’s have that conversation about how your uncle became so famous…”

In the Bible, John 21:25 says, “And there are also many other things which Jesus did, which if they were written in detail I suppose that even the world itself would not contain the books which were written.” Inspired by New Testament events, Stories between the Lines explores those “other things” in vivid, entertaining detail. Featuring Lazarus, the apostle Paul’s nephew, the demoniac, and Rhoda, author Nita Barnes also imagines three additional stories of how Jesus might have impacted other young people, one of which revisits the wonder of the Christmas story. All events are cited to keep the reader on track by what actually happened and what the author imagined might have occured. These stories introduce Jesus’s extreme love and saving power to those both familiar and unfamiliar with the Bible and encourages readers to consider the many things Jesus did. Connect and identify with the New Testament in fresh, profound ways with the help of fictionailzed stories pulled right from its pages.

Ever since she first read the Bible, Nita Barnes has wondered what was going on “in between the lines” of the amazing accounts of Jesus and what He did. Experiencing Jesus’s love throughout her life and seeing His hand guide, protect, and heal her and others led Nita to write this book. She hopes to bring Jesus “alive” to her grandchildren and others who are deciding if He truly is the Messiah, the Son of God.