A novel. Not a cookbook. 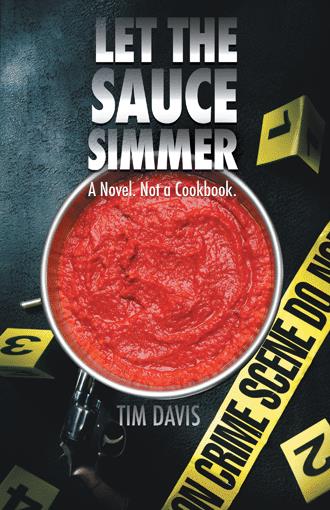 Joseph spent his first twenty-five years in America working as a commissary foreman for the Lehigh Valley Railroad Company. By 1932 he had saved enough money to open a butcher shop at 59 Lehigh Lane, a very large brick building just over the tracks from the railroad depot. In Italy, Joseph earned his living curing meats, so it was said, and with that experience and the contacts he made at the commissary, the butcher shop seemed like a logical business decision. The early business took up a partial space on the bottom floor along with a kitchen and living area. On the top floor were all the bedrooms and a big open area that housed several different businesses over the years. It was at one time a seamstress shop, another time a hair salon. When the Mare-Do-Well track opened in nearby Canandaigua, Joseph started another side business: a sportsbook. He took some action on college football games and prize fights, but mostly he focused on the horses because of the buzz created by the new track. When the betting was light, he would run the bets to the track himself and take the vig, but when the betting was heavy, he laid off the wagers with another bookmaker to balance the action, usually in his favor. Either way, Joseph was good for the general health and well-being of the new racetrack. He had unimpeded access to the paddock - an area normally reserved for horse owners, trainers, jockeys, and stable hands. Rumor had it that once, after a particularly unlucky week at the track, Morelli’s Butcher Shop ran a special on ground chuck. The consensus was that Chuck made for a better meatloaf than he did a jockey. The butcher shop didn’t last long and not because it sold chopped meat of dubious origin. Joseph loved to cook. His dream was to own a restaurant. He thought of it as his destiny. However, those who knew him best said he was a much better butcher and bookmaker than he was a cook. In truth, history would bear out that the Morelli women down through the generations were much better cooks than their male peers. In the spring of 1934, Joseph shut down the butcher shop and began transforming the space into what would become Morelli’s Restaurant. He enlisted the help of his friend Dominic DiLorenzo, who traveled by boat from Italy to America with Joseph and Josephine, hopeful to earn steady wages as a carpenter. Josephine insisted that Dominic accompany them because, she believed, it would make the move easier for her and her husband. Joseph would have someone to help get the family situated while she tended to the children. Joseph and Dominic had grown up together and become very close over many years, but unlike Josephine, Joseph did not see the value in paying the expenses of another international traveler. After much convincing from the young mother, who, by the way, was quite content with her life in Italy, Joseph acquiesced. In Italy, Dominic did regular handy work and repairs on the Morelli home and meat store near Cento, a small farming and fishing village in the northern part of the country that was better known for the Renazzo meteorite that fell there in 1824. He hand-crafted a crib for the baby Alessia that was so unique and flawless, expectant mothers from one end of the town to the other pleaded with him to construct similar pieces for their own imminent arrivals. Alessia’s crib was the last one Dominic would ever build. On the day the baby was born, he carved her initials and birth date on the inside of one of the crib’s legs, along with the word “angioletto.” Little angel. The etching was so tiny it would be virtually undetectable, even by a person that knew where to look.

Joseph and Josephine Morelli came to America from Italy in 1907 with their three young children and a secret that would go undiscovered for 80 years. Through 4 generations the family ran a restaurant while dealing with depressions, recessions, drought, disease, allegations, investigations, and murder – their own seven plagues. To survive, they had to cook up a lot more than the daily specials.

“Let the Sauce Simmer” is a sad, happy and humorous account of the trials and tribulations of hardworking, double-dealing immigrant entrepreneurs; a generation that came of age during the tumultuous 1960s; and a love affair to die for, literally.