A Walk Through David's Garden

A Daily Devotional Through the Psalms 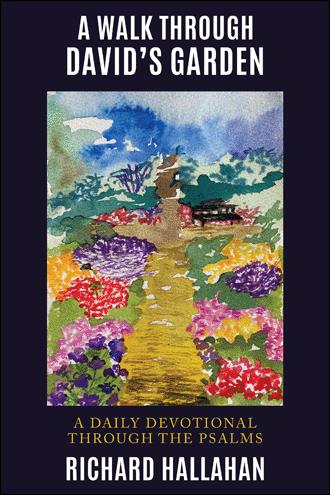 January 3 Psalm 2:1-6 'Why do the nations rage and the people plot a vain thing? The kings of the earth set themselves, and the rulers take counsel together, against the LORD and against His Anointed, saying, “Let us break Their bonds in pieces and cast away Their cords from us.” He who sits in the heavens shall laugh; the LORD shall hold them in derision. Then He shall speak to them in His wrath, and distress them in His deep displeasure: “Yet I have set My King on My holy hill of Zion.”' Today’s Walk: This is the grand coronation psalm. The historical background is as follows: a godly Davidic king, perhaps Solomon, has been anointed to assume the throne. However, he is faced with opposition from surrounding nations. They rage against his authority and threaten to escape his rule. Such talk can certainly be unnerving, even for a secure king. But one thing the king knows, his rule rests on the authority of God. This means he must rule under God’s rule and seek Him in every matter of state. Those keen on rebellion need to remember these things. Years later Paul will say, “There is no authority except from God.” (Rom. 13:1) Thus, God is generally on the side of authority and against resistance. He is never moved by the noisy bluster of man. God has set the Davidic king on the throne and so what can these little grasshoppers do to usurp what He has installed? So God laughs. The king is His king, and outside of His own will no force in heaven or hell can depose him. But as the reader can see, this psalm does not ultimately speak of Solomon. For indeed there will be an anointed Son of David, the final anointed One, who will one day come and sit upon the throne of His father David and will rule the nations forever and ever. Who is He? He is the greater Solomon whose wisdom trumps all and whose love is never ending. His name is Jesus. Now I ask every reader, is this the King you bow down to today? Oh, you must not oppose Him. Rather obey Him and run into His arms for forgiveness. He is the King who came not to crush but to save. Word of the Day: ANOINTED - To anoint is to set someone apart for a certain divine task. In the Old Testament, prophets, priests and kings were anointed with oil. We recall that Jesus at His baptism was anointed, not with physical oil, but with the Spirit of God. By virtue of their attachment to Him, all believers are anointed with the same Holy Spirit for they too are God’s chosen who do works of priestly service.

A Walk Through David’s Garden is a daily devotional that takes you through the book of Psalms with the clear and compelling goal of magnifying the great God of the Bible. Written in an easy-to-read yet theologically sublime style, the devotional will give you a newfound love for God. At the conclusion of each day’s devotion, there is a “word of the day,” which explains a theological concept in your daily reading. For instance, the first word of the day is “righteous,” which the author explains means to conform to a correct standard. He writes, “Men can only be righteous if God makes them so. When anyone believes Jesus Christ the Righteous One, God declares that sinner to be righteous; that is, God declares him to be without guilt. All other paths to righteousness include man’s self-effort and lead to a very dark place.” Gaining a love for the psalms by reading this work will not only feed your soul—it will also cause you to sing a new song to God for all His mighty acts.

Richard Hallahan is a lover of Christ and God’s holy word. He holds a Master of Divinity degree from Denver Seminary. He has been a pastor, teacher, Christian writer, and church historian. He is also the author of A Plain History of the Reformation. He lives and works at Southside Bible Church in Denver, Colorado.