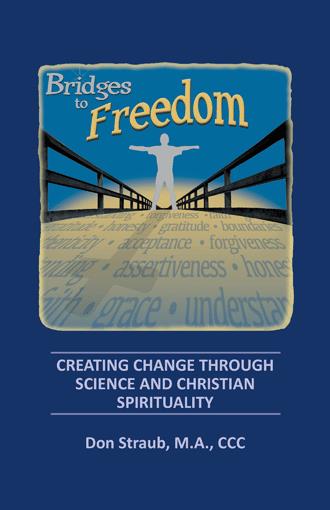 Why is there suffering if God is love? If God is love, and I believe he is, or he wouldn't be God, then why does he allow suffering? Let's start with the very word love. Love is the greatest force for good in the universe. Love makes life worth living. There would be no meaning or purpose in life without love. Almost everyone will agree with these statements. This truth about love is why when we are not loved, it is so painful. Love is a basic need equal to oxygen, water, and food. During world war II, babies were dying in orphanages that did not have enough helpers to hold the babies. Even though they were given enough milk via a bottle propped up for them to feed, they died from the lack of a loving touch. We were created for love and connection. But here is the thing. You cannot love unless you have freedom. Freedom must go with love. Nazi prison guards could force a prisoner to do anything, kill someone, eat human excrement, anything but one thing, love them. You cannot force someone to love you. Love is a choice, a free choice. Instead of having children, I could have bought a Chatty Cathy Doll with the pull string on the butt that says robotically, "I love you." That doesn't cut it, though. That's not love. There is a significant risk of having children because they have the freedom to choose to love back. It is why when one of my sons or daughters say, "I love you, dad," at the end of a phone call, it is so sweet! There is nothing better in the world than to hear those words. Why? Because they don't have to say them. It's a choice to say the words, "I love you." Humans have always intuitively known the value of freedom. It is why many have gone to war to reclaim freedom. Many great movies are about fighting for freedom: Hunger Games, Star Wars, Brave Heart. The list is endless. In the movie, Brave Heart, William Wallace is in a jail cell praying, much like Jesus in Gethsemane. He prays for the strength to endure what he is about to experience. In the next scene, Wallace is walking through the crowd with a beam tied to him like a cross. People are shouting curses while throwing rotten vegetables and garbage at him. In the next scene, Wallace is stretched out on a cross, and as the axe comes down to behead him, he cries out one powerful word, freedom! As a result, he inspires Scotland to unite as one and fight for freedom from England’s tyranny. Scripture says, “It is for freedom that Christ has set us free” (Galatians 5:1, NIV). Jesus came “to redeem those under the law” (Galatians 4:5, NIV) – redeem means to set free from slavery. “For you were called to live in freedom” (Galatians 5:13). We can use our freedom to cause pain and suffering or to love and heal. God’s will is that we choose to use our freedom to love, and it is not His will if we choose to use our freedom to hurt and cause pain. Scripture declares, “Dear friends, let us continue to love one another, for love comes from God. Anyone who loves is born of God and knows God. But anyone who does not love does not know God – God is love” (1 John 4:7, 8). God does not just practice love (action); he is love. Love describes the nature of God. Let me go back to my belief that the law of God is not an arbitrary set of rules. Life is not like in a game of monopoly; if you land on this square, go directly to jail, do not pass go, do not collect $200. Instead, I see God's law as a scientific law. The law is a description of how the universe works. If you steal from someone, the consequence is pain and suffering. My sin doesn't just result in another person’s pain but in my pain as well. Much of our suffering is a consequence of our own poor choices, but much of it is the result of other people's choices. Free Will If God is love, he would have to be a God of freedom too. You cannot have love without freedom. God knows that he cannot say, "Love me, or I'll break your arm." This kind of language kills love. However, this is how we interpret much of the Bible. When I came across two verses in 1 Chronicles 10 that contradicted each other, I had to find a way to harmonize them. Verse 4 says, "So Saul took his sword and fell on it." Verse 14 says, "So the Lord killed him, and gave the nation to David, the son of Jesse." Who killed King Saul? Saul (by suicide) or God? Another example of this seeming contradiction is in the story of David. “This is what the Lord says: 'Out of your own household I am going to bring calamity on you. Before your very eyes, I will take your wives and give them to one who is close to you, and he will sleep with your wives in broad daylight’" (2 Samuel 12:11, NIV). As we read later in 2 Samuel 16, one of David's sons, Absalom, does this. We know that God cannot sin. God did not force Absalom to do this. This was the choice of Absalom, perhaps the result of David's poor example as a father. My conclusion is that because God is love, God runs his universe on the principle of freedom. God also, therefore, takes responsibility for everything that happens as a result of this freedom. God doesn’t make multitudes of decisions of what to allow and what not to allow in the universe. The will of God is that we have freedom because, without it, we cannot have love.

A theme that threads its way throughout this book is the law of love and freedom. Simply put, “There is no love without freedom.” God, therefore, is not only God of love but God of freedom. He gave everything through Jesus to restore our freedom. This helps us make sense of our experiences of suffering and death Don Straub, a counselor who has also been a teacher and pastor, shares his life experiences in his work in Canada and Africa, being married three times, losing two wives to death, and being a father. He also shares his analysis of Scripture and scientific research to help readers move closer to God, enjoy spiritual growth, manage emotions, and cultivate healthy relationships. The “bridges to freedom” he highlights include authenticity, grace, healthy self-love, healthy self-talk, self-awareness, gratitude, assertiveness, and forgiveness. Move closer to the Lord, get past your mistakes, and learn life lessons with the essential bridges described in this book.

Don Straub, a native of Canada, writes from the perspective of a clinical counselor who helps people struggling with everyday problems. He has also been a teacher from elementary through secondary grades, a school principal, and a pastor. He earned master’s degrees in education and professional counseling at Christian universities. He has traveled the world and is passionate about helping others.