The Legend of the Cardinal 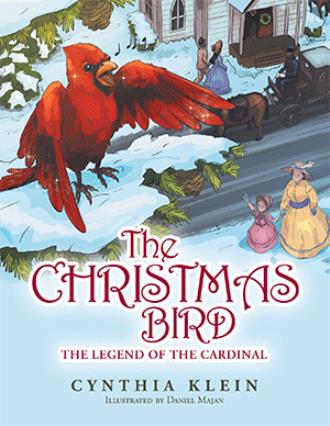 Mother Bird looked at her babies carefully. They were all plain and brown. First and Second Brother were fluffy and cute. Third Brother was ugly and awkward. “Well, I’m glad they are healthy”, Mother Bird sighed. Every day Mother Bird brought seed and bugs to feed the brothers. All three gobbled hungrily. First Brother gulped a bug and said, “I’m the strongest bird in the nest”! Second Brother gulped a seed and said, “I’m the handsome-est bird in the nest”! Third Brother gulped a worm and said, “I don’t know what I am”. Mother Bird said, “Don’t worry, you’ll find out who you are”. Time went by. The brother birds grew and grew. Mother Bird told them, “It is time for you to fly”. First Brother stretched out his strong wings and flew to the next tree. Second Brother stretched out his handsome wings and flew to the next tree. Third Brother stretched out his awkward wings and said, “I’m afraid to fly”. Mother bird said, “Don’t worry, when you’re ready, you’ll do it”. Then he moved his wings and plopped down to the branch below.

A plain, little brown bird grows up not feeling special. He happens to fly into a little mountain church on Christmas Eve. By listening to the story of the baby Jesus he learns how special he is. He experiences joy and a wonderful change takes place.

Cynthia Klein taught in both private Christian and public schools for 40 years. She has so enjoyed reading books to children that she decided to write one of her own! She and her husband, a retired pastor, live in So. California.