The Cat Who Said His Bedtime Prayers 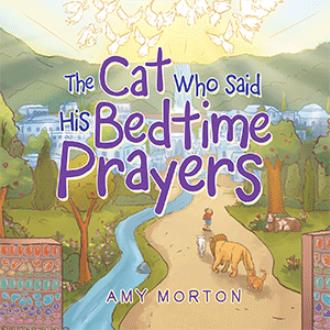 After a while Michael called Morris over to the porch where he was sitting, “HERE MORRIS, HERE KITTY-KITTY!” he yelled. Morris came running. He was an obedient cat. Morris rubbed his face and side against him. Michael scratched him under the chin. Morris began purring like a motor boat! He was the happiest cat whenever he was scratched under the chin. Michael told Morris what he learned in Sunday school. His ears perked up as he listed to what Michael called “the best news ever!” Michael told him about Jesus and about eternal life in heaven. Morris always seemed to understand. Michael told him everything he learned then tossed him over his shoulder gently and carried him into the house.

An Easter story about a boy, Michael and his furry family member, Morris the cat! After Morris passes away Michael finds comfort from the power of the Holy Spirit through prayer. Morris is an obedient cat who loves being scratched under his chin by Michael. One day when Michael tells Morris about what he learned about Jesus and eternal life in heaven, Morris seems to understand. Michael, waits for Morris to curl up on his bed each night before he says his bedtime prayers! Over time, Morris becomes ill. Michael reminds Morris of how much he and God love him and that in heaven, he will have no pain. After Morris passes on, Michael leans on the promise of eternal life through Christ, the Holy Spirit, and prayer to provide comfort through his grief. In this inspirational tale, children find hope in a boy’s journey with his cat as he is comforted from the loss of his beloved furry family member through the power of the Holy Spirit because of his faith in God.

Amy Morton grew up in Montana and gave her life to Jesus when she was five. After moving with her family to California, she wrote her first Christian poem, Imagining Revelations, published by Sparrow Grass Poetry Forum when she was sixteen. Today, her mission is to serve God by inspiring people with truth that encourages and gives hope.