Fall Down, Get Up, Repeat if Necessary 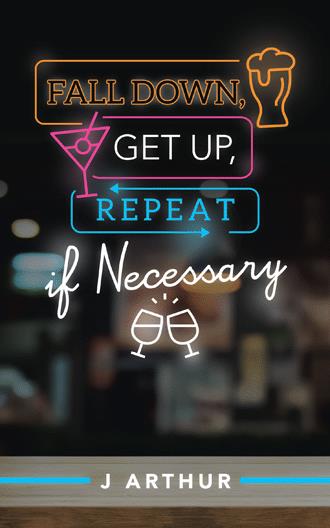 It Begins as a Team Sport: Then It's a Solitary Game Oh, you hate your job? Why didn’t you say so? There’s a support group for that. It’s called “Everybody” and they meet at the bar. Drew Carey As my parents pulled out of the driveway and the babysitter made popcorn I slithered by her and made my way to the liquor cabinet. Quietly I dislodged the decanter stopper and poured a few ounces of that amber liquid into a small Tupperware container. I snapped down its lid so as too not spill a drop. Mindful to ensure the bottles were aligned properly I quickly manoeuvred to my bedroom to hide the treasure. At the opportune moment I would retire to my room to sample its forbidden contents.... Horseshit! I sneaked my first drink at a family party and loved it! The booze coursed spicy and burning down my throat, but what a feeling of warmth. Yikes, this was nice! My liquor-fueled socializing was off to an early start. For most addicts, our venture into substances is a group effort. Partying with our like-minded buddies feels like the most natural gratification in the world. Later on down the sobriety road when we tell our individual stories, the details may differ wildly, but the goal of our drinking remains the same: we drank because of what alcohol did for us. Many of the drinking stories are downright hilarious. Others horrific. One of my own is that I got drunk at the airport in Los Angeles, came out of a blackout in Minneapolis, but was supposed to be in Seattle. This little anecdote is child’s play! For some of my AA brothers and sisters, the stories involve a bar, a car, a nasty motel room and a family at home. When I first came to AA, hearing all the juicy bits of other people’s stories became a license to judge. Oh, I was never that bad. As I see it today, our stories run a parallel track, only the logistics and finances differ. My view of the clean and sober mystery is that over time we stumble into varying degrees of sobriety maturity. The collective we use terms like the initial "pink cloud" (floating about as the fog lifts) and then down the road, we experience the peace that comes when we’re willing to “surrender” (letting go of all the people, places and things we cannot control). Both are realities of the AA experience. My own ah-ha realization was when I understood that my recovery clearly transpired under the hands of the select few who embraced me—just like the Big Book of Alcoholics Anonymous says it does. I have no empirical data to support my hypotheses. I spent a lifetime being full of crap, but I know what I know; a team of very special folks saved my life. In the 80 years of Dr. Bob and Bill W.’s mastery, my theory is no revelation. Everybody in my world knows this—save maybe those who are still swirling at the fringes of the hell we call alcoholism. I wage this ongoing internal battle of what is more deadly to the drunk: ego, or that first drink. For me it was an equal shot of both. For those who stumble through the revolving door of sobriety, I think the real barriers to coming back to AA are shame, guilt, embarrassment and ego. I was snatched from the boozy battlefield by hardened warriors who were bent on saving me when my ego figured that perhaps I had a few fights left in me. We sit in meetings and overlay our experiences. There are the mundane anecdotes we all relate to. There are the stories of hopelessness and horror. We all seem to get it; what started as a benevolent pastime has morphed into a dark and deadly diversion from life itself. While the bandwidth may vary in all of our experiences, what holds true for each of us is that when our drinking progresses from a social pleasure to a solitary pursuit, we have moved from the company of our friends into the crucible of our individual heads. For an alcoholic, this is a most dangerous place. Granted, there are many paths to sobriety. Whether it’s a journey set in motion by a family intervention or a near-death accident, or one that gets launched in the back seat of a cruiser followed by jail time and court-mandated rehab, it is what it is. There is no collective definition for how one hits "bottom." I figure whether we go down on the Titanic, tip out of a canoe or stumble off the cottage dock, drowning is drowning and at the end of the day it is damn lonely. AA’s 12 steps spoke to me as pure and simple logic. I had nowhere else to turn. The principle of diminishing returns drove me to Alcoholics Anonymous. Simply put, without support, no amount of personal investment or white-knuckled willpower would yield me sober results. I tried on my own to "manage my drinking." Talk about insanity. I needed a team with a vested interest in my success to have a shot. Check it out …. Until I got to those AA rooms I had not a clue what I needed. My world was flat! Don’t get me wrong, this road isn’t all perfect. As in any herd, there often exists a distinct lack of genetic or moral perfection, don'cha know. I was promised a way out and I pay it forward, even though we do not all click together like pieces of Lego. Fear or scepticism will play no part in the solution to our drinking. Hell, I hated avocados for 45 years, until I tried one! Our unity is in our disease, its pain and its loss—and the promise of new life if we do the steps, the work, with the support of our fellows.

Author J. Arthur drank steadily for forty years, often with glee but only rarely with restraint. Eventually, however, when lying, cheating, and stealing no longer served; when the alcohol just quit working; when he couldn’t remember why he was mad, sad, confused, and resentful—he had great luck in finding a moment of clarity. In Fall Down, Get Up, Repeat if Necessary, Arthur shares stories from his life and reveals just how lucky he got in finding that moment. He does not offer a how-to guide to DIY sobriety; instead, he recounts just a smidge of what worked for him. Once he was horrified at the thought of being an alcoholic, a disease for which there is no vaccine, no inoculation. Now he is at peace, knowing there is a fabulous relief when one discovers that treatment exists for this sickness of the mind body and soul.

J. Arthur is a recovering alcoholic. The father of one son, he currently lives in Peterborough, Ontario Canada.