Tales from the Home Again 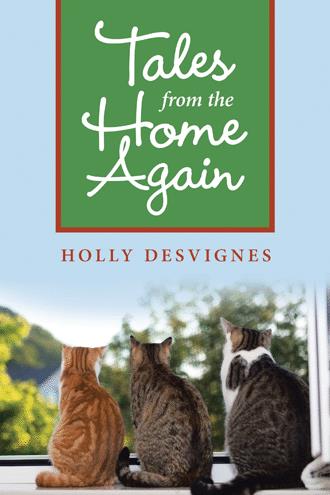 The pick-up truck coasted down the short driveway, lights off. It stopped at the side door near the back and two men got out quietly, rubber-soled shoes making little sound, black clothing helping them disappear into the night darkness. This was their third break-in, so it was becoming easier. The lock quickly gave in to their nimble fingers, and they knew exactly what to do when they got inside. Using flashlights, they gave the dogs drugged beef jerky through the wire of their pens; and soon all was quiet. Then, pulling on long, heavy gloves that vet assistants wear to protect their arms from scratches and bites, they reached inside the smaller cages and grabbed as many of the cats as they could, shoving them into big burlap sacks. After throwing them into the back of the truck, one man picked up three small unconscious dogs and put them in a cage that was also in the back of the truck. The second man scoured the cupboards and drawers for meds or anything else of value. He found a drawerful of meds and dumped them into a bag to be sorted out later, and also took the computer sitting on a nearby desk. “Good haul tonight,” he whispered to his friend. They were gone in less than 15 minutes, and there was no alarm, no sirens. The front door of Home Again shelter flew open and Miss Patsy burst in. “Janet! Did you hear the news? There was another break-in last night!” Miss Janet replied, “Yes - I saw it on the early news before I left. At the shelter on Carmine Street!” “Isn’t it awful?! They took ten cats and three dogs!! And meds and even the computer! What are we going to do? That’s the third break- in!” Miss Patsy was beside herself. Miss Janet was a little calmer. “Well, we need to amp up the security here, for sure,” she replied. ”We don’t really have the money, plus it takes time to set things up. We’re not as big a place as the other shelters, so we probably won’t be a target. Or,” she paused, “maybe they’ll think we’d be an easy target. I’ll talk to John today.” “Good idea,” Miss Patsey agreed. “We’re not very big, but we’re out of the way. We could be an easy target.” The cats were ostensibly busy eating their breakfast, but they heard every word. And they didn’t like the sound of it. After they finished eating, they sat in a little huddle to discuss the matter. “Stealing cats and dogs, too, “Gracie said. “That’s really bad. They’re probably selling them to laboratories for a pretty penny.” “And there are eight of us now,” Juno said. “Right. Mia and her kittens are in real danger. They’d be easy to nab,” Gracie agreed. Miss Janet had brought Mia and her two kittens, named Comet and Cupid; to the shelter last week. Mia was still nursing them, so they were very vulnerable. Mia called out from her cage, “What’s going on out there? Is everything okay?” “Don’t worry, Mia, it’s all fine. You just take care of those little ones!” Butterscotch answered. Quietly he said to the others, “What are we going to do? Just hope for the best?” “No way!” Gracie shook her head emphatically. “We’ve got to be ready! And I know how.” As the others watched, she marched off into the back room. 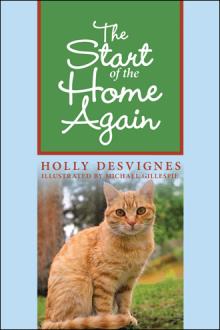 The Start of the Home Again
Holly Desvignes Illustrated by Michael Gillespie
$8.99

“Tales” are stories from a cat rescue shelter. Life goes on from a human standpoint, but there is a second secret life that involves only the cats. These stories are told more from their perspective, which is quite different than the people realize!

Holly Desvignes has enjoyed working with children all her life. She’s also loved being around animals, always having some species in her life. After graduating from Moody Bible Institute, she worked in broadcasting, then became a mother of four. Her love for children and animals continued. She owned different animals through the years, many of them rescues and also worked with children in schools, churches and camps. Then she got a job at a rescue shelter. Perfect! The idea for “Tales” was born.