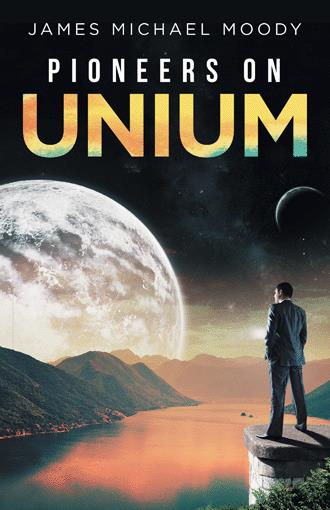 After slipping into his moccasins, Greg put a hand onto the ground for support as he started to rise. Immediately he felt something against his flesh as his weight pressed hard against the soft object. Before he could stop his momentum, however, the surprised man felt a sharp pain in the palm of his hand. Instantly the hand recoiled, but it was too late. Scampering away was a large black spider (Zabar) with red dots on its back. It did not escape revenge. In trance-like awe, the bitten hunter took a look at his hand. The wound had turned sickly pale and was rapidly swelling. Paul witnessed the incident and he quickly cut a place in the spider bite and sucked as much poison out as he could. “You feel OK, Greg?” the hunter asked excitedly. “Sure, I’m alright so let’s get going.” The gallant youth took no more than five steps before falling flat on his face. Paul rushed to his downed competitor and flipped him over on his back. A trickle of blood flowed from Greg’s nose, thanks to the fall, and his forehead was beaded with sweat. The bitten man’s facilities had been reduced to a semi-conscious state, and he babbled incoherently when trying to talk. Paul removed his helpless partner’s bulky weapons, canteen, and pouch; then dragged him to the trunk of a massive forest giant. Almost in an uncontrolled panic he soaked Greg’s headband in the cool river water and replaced it. Fighting to control the rapidly rising fear, the hunter began to think about his options. He figured if Greg survived at all it would be tomorrow, at the earliest, before they could even attempt to return to the fort. He also theorized a search party would be sent after them at first light, but surviving the night was going to be a big problem. With this thought in mind, plans for protection raced through the newly determined man’s head. His angular jaw raised confidently as he began to recollect Will’s teachings. Glowering truculently and working hastily, Paul went about collecting wood to feed a huge fire all through the night. When this laborious task was completed, he then set about sharpening thick stakes and driving them into the ground at a slant, points facing the forest. After building the best barricade he could with the tools and materials on hand, Paul gathered a small supply of fruits for supper. The swarthy youth refilled the canteens with freshly boiled water, then increased his defense by storing a pile of small river rock next to the firewood. Once these things were completed, there was nothing left to do but watch Greg fight the fever and suffer. As far as medical care went Paul knew nothing except to keep the headband soaked in cool water, and to keep the patient as still as possible. Helplessly he watched as Greg’s head rolled from one side to another. A shuddering gasp swept over the caretaker’s strong frame as a hideous hypnotized stare assailed his poisoned friend. The sick hunter’s eyes were beginning to look like those of a mad dog, and foam was developing upon his lips. Without warning a soul-wrenching scream escaped the sick man’s lips, as his fingers spasmodically clawed at the grass. The unexpectedness sent Paul’s heart jumping into his throat, and he felt a crawling of the flesh along his spine. A chill crept through his veins as other grotesque screams followed. The screams were so ghastly the watcher’s hair bristled, for they sounded as if they came from damned souls in hell. He had to restrain a cry of terror from his own lips as Greg, gagging and frothing at the mouth, began clawing horribly at the air with groping hands. Half crazed with fear himself, Paul realized he had to tie his partner down so he would not hurt himself. Tearing strips from his own clothing the desperate man quickly formed make-do thongs. Luckily by the time they were completed Greg’s violence had faltered somewhat. Still, his bounding was no easy task. Shortly after the poisoned man’s violent raving, the Unium night came in its same beautiful fashion as it had every night since their arrival upon this bizarre land. The first two hours of utter blackness Paul spent in a little world consisting of all that was illuminated by his campfire. Dreadfully he waited for the moon and stars that would offer only a slightly less blackness. This, however, was enough light to bring out the night prowlers. Although the young hunter was a brave man his knees trembled just at the thought of having to confront one of the savage forest cats. Feeling a little light-headed Greg heard his companion ask if he were OK. “Sure, I’m alright so let’s get going.” Suddenly the long-haired youth’s body began to tingle all over, and the world began to spin in slow circles. Greg was aware that he was still walking, but he had lost all mental control over the facilities. Oddly, his mind now seemed separated from his body, the letter merely a shell used for transportation, and the source of his thoughts was his actual self. A weightless feeling began to overwhelm him, but Greg felt no pain of any kind. The slow circling increased to a rapid spin, and the poisoned man could retain his balance no longer. Heavily, he fell face-first to the ground. The actual fall was a very unforgettable experience to the hunter, for it seemed he fell forever. Much like one of his rare dreams, he thought to himself. Unlike his dreams, however, this falling did cease and he came to a sashing halt. If you have ever hit your elbow or funny bone as it is sometimes called, and you had a shocking sensation, then you have experienced the feeling Greg felt over his entire body. The pain, lasting only seconds, was very agonizing and its passing left him in a virtually paralyzed state.

Pioneers On Unium begins with three friends rescuing a baby during a lake speedboat racing accident. In return one of the boat racers, who happens to be very rich, offered the young men an all-expense-paid vacation at his resort in Puerto Rico which they accepted. Greg Vancover, the books main character, leaves one week in advance of the other two rescuers because of previous commitments. While flying through the Bermuda Triangle the passenger plane carrying one hundred thirty-four people on board is captured by a flying saucer. It turns out the alien’s home planet is being destroyed by a deadly virus and the space travelers are in the process of finding a new home. The aliens have three planets under consideration so they are in the process of collecting specimens throughout the universe and populating them for experimental purposes. The passenger plane and occupants are transported to the planet Unium where they will be closely observed by the aliens, but not interfered with. The new pioneers then proceed to survive against the dangers of an unknown world they very soon discover is not earth. Rescue out of the question the new pioneers, over time, build a wooden palisade frontier styled fort to protect them from the local wildlife. Once the primitive village, which they named Fort America, was completed the settlers set up their own town government patterned after their USA homeland. Like all societies no matter how hard one tries life is never perfect. Over time the new pioneers develop petty personal differences and as in any group of people, individuals make unwise decisions that ultimately come back to haunt them in a very unexpected way. The stories lead man, Greg Vancover, made an unwise but common decision. The young man chose to have a relationship with two women at the same time. Things quickly spin out of control and Greg’s poor decision making leads to unforeseeable trouble with the father of one of the girls who was very influential in Fort America’s decision making. This trouble escalates into violence and Greg soon finds himself on the wrong side of the law. The young man is judged by his peers which eventually leads to his banishment from Fort America. Now comes the effort to survive all alone in an unknown savage land.

James Michael Moody is a lifelong Edgar Rice Burroughs fan and collector. He has contributed over two hundred articles to ERB fan-based publications such as Tarzine, Edgar Rice Burroughs News Dateline, ERBania, The Fantastic Worlds Of ERB and ERB-Amateur Press Association, for over forty-five years. He also operates an Edgar Rice Burroughs based blog titled, Greystoke Chronologist: James Michael Moody. In the classic old school ERB tradition of John Carter of Mars, Carson On Venus, and The Moon Men, Moody presents the first of a three-book Sword & Planet adventure series, Pioneers On Unium, Exiled On Unium, Swordsman On Unium.