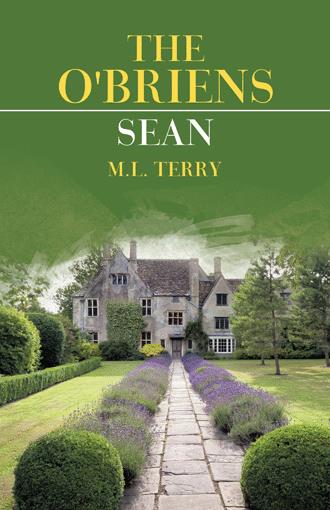 Chapter One He stood in the doorway waiting. In his line of work patience was not a virtue; it was a necessity. He had been waiting for her, carefully choosing the best spot to observe . . . but not be seen. Twice he had subtly changed his appearance. Removing his bowtie, slipping it into his pocket and placing the glasses he was wearing in his suit jacket. The entryway he chose was seldom used since the building had recently been purchased and the new owners were set to demolish it. It was an older office building, the entrance narrow and shaded so he could step back into the shadows if she happened to glance his way. Not that she had, he smiled to himself, she had passed right in front of him on the way to her destination. Every Friday, like clockwork, she was here waiting in front of the building where her cousin Luke Noonan and his partner Jay O’Brien shared a law office. At precisely five o’clock her cousin Luke would appear, pick up her sample case and the two of them would walk two blocks to a little neighborhood restaurant for dinner. Careful and quiet inquiries had netted the information that although they were only cousins, she and Luke were as close as brother and sister. Her mother’s untimely death had brought Alison to the States to live with her mother’s twin sister when she was five years old, and she had been with them until six months ago when she moved into her own apartment. 1​ He had done his homework., He knew everything there was to know about her. The only thing he didn’t know was why somebody wanted her dead. Nor did he care. He allowed himself a glance in her direction. She was a pretty little thing with her blond curly hair and trim figure, and no one could ever say that he didn’t appreciate a pretty face, but he had never allowed sentiment to get in the way of a job, and he wasn’t about to start now. He had planned everything carefully. The street was bustling, and as in most big cities, at five o’clock people were on the move. He shifted restlessly, sliding deeper into the shadow of the doorway. He couldn’t afford to draw attention to himself. No one would remember him. He had perfected the art of blending in, and that was what made him so successful. Be seen, but not remembered. Just blend in like the tiny chameleon that had become his calling card. Days from now when questions were asked no one would be able to pick him out from a crowd. His clothing never drew attention. Everything he wore was indistinguishable, picked right off the rack of a local store. Silently he chuckled to himself. If the people surrounding him only knew. He could afford the very best, but when he was working he prided himself on being invisible. He allowed himself to step out of the shadows for a moment, pausing to look up and down the street as if watching for a late arrival, and then glanced down at his watch. Everything was going as planned. She looked perfectly relaxed leaning against the brick building, but he knew that was her persona. She was a master of hiding her feelings and he admired her for it. But he also knew that she had to be worried. In two days she was leaving on a plane for London. And he was being paid to be sure she never made it. She glanced his way and he shifted further back into the shadows. It wouldn’t be long now. Just a few more minutes and the surrounding office buildings would start emptying and he would find the cover he was looking for. He’d slipped up in the past, but he promised himself it wouldn’t happen again. Eyes darting back and forth, he waited, and watched. Finally he spotted a group heading his way, chatting with each other and laughing. Reaching up he unbuttoned the top button of his shirt and laid his jacket over his arm. This group suited him perfectly. There were only two women and they were lagging behind, one of them on a cell phone. The rest were men, with several wearing jackets, while others carried them over their arms. 2​ He smiled as he watched them approach. No one would ever notice that the smile never reached his eyes. Silently he congratulated himself. If they only knew the jacket he had draped so casually over his arm was so very different from theirs. This one had been specially made for him by a master craftsman, and tailored to fit his precise instructions. Cut much fuller than the ones he normally wore, it had a pocket hidden deep in the lining which completely concealed his gun with its silencer. He smoothed his hand over the jacket as if it were a woman, caressing the spot where the gun lay hidden. He had other guns, but this one was his favorite...small, lethal, and easy to hide. One shot, one precise shot, and it slipped back into its pocket. Sadly, no one would ever know the genius of his design because the master craftsman who had created it for him was dead- and dead men don’t talk. He stepped out of the doorway, blending seamlessly into the rear of the group. He matched his steps to theirs and smiled at passers-by as he strolled along. No one would notice or remember him. Just another guy going for a beer with his buddies or on his way home to his wife and kids.

Hunted by a stranger from her past, beautiful Whisper Alexander must return to her family home in England to comfort her ailing father. Against her wishes she is accompanied by Sean O’Brien — the darkly handsome detective with the stubbornness of the Irish, and the steely courage to confront the danger that awaits them both. The family secrets that are revealed will alter all Whisper thought she knew about her tragic past, and will thrust her into the arms, and the heart of the confirmed bachelor.

M L Terry has always dreamed of being an author. After raising three children and retiring from public office, The O’Briens became the culmination and fulfillment of that dream. The O’Briens: Sean is the first book in her series.