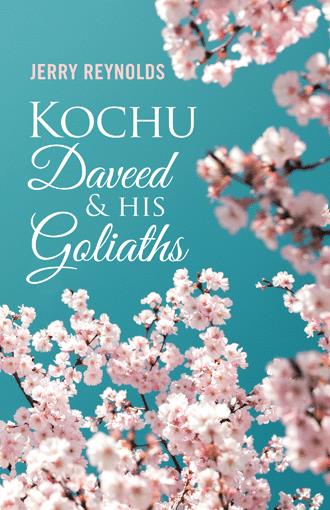 Daveed’s prayers were answered the next day. When he returned home after his work, he saw that Chandy was still there with Pathro and both were more intoxi-cated than normal. He was so angry on seeing this that he decided to put an end to it by any means. He walked over towards them and his father noticed that his son was coming to chastise them. So, before Kochu Daveed could open his mouth, Pathro started shouting profanities at him and threw the plates and cups at him. The profanities were such that no father could ever call a son so. This stopped the son on his tracks, and he returned to his room withtears welling in his eyes. He could see that his mother and sisters were standing in the corner of the kitchen with frightened expressions on their faces. He took a small clothes bag, filled it up with his meagre collection of dresses, took out the small tin in which he saved the money, gave some to his mother, hugged her and his sisters and walked out of the house. His mother wanted to call him back but decided against it. She understood that if she tried to stop him, he wouldn’t stop, and that action might infuriate Pathro more. She said a silent prayer and asked God to protect him always. He walked as fast as he could. He was so angry that all his emotions came out as tears in his eyes. At first, he had no idea where he was going. It was starting to get dark and luckily not many people were there outside to ask him anything. The few who saw him walking fast towards the bus stop didn’t ask him anything because of his serious countenance. Once he reached the Veli bus stop, he stopped. He saw the small chapel of St. Jacob near the bus stop. He went inside and sat in one corner and started praying for guidance. There was no one except for an old lady sitting on the stairs outside, selling candles for people who would like to light some in front of the statue while praying for the intercession of the saint. Though he wanted to pray for guidance, he couldn’t think of anything for some time. His mind kept replaying the scene with his father and tears kept flowing from his eyes. He calmed down a little after some time, went out and bought a pack of candles, went to the front of the chapel and lighted the candles in front of the saint’s statue, came back and sat down in the corner again

Kochi is a small coastal town in the southern most State of Kerala in India. Kochu Daveed, our hero, was born there in the 1950s, when India was still coming into grips with its new-found independence and going through the turmoil of becoming the largest democracy in the world. His ancestral family was wealthy, but his father lost everything by his laziness and extravagant lifestyle. Kochu Daveed had to discontinue his school studies and start earning his livelihood to put the bread on the table at least once a day. A personality clash with his father made him leave the house and travel to distant places to find his destiny. He had to face lots of challenges, but armed with his faith in his God, he overcame each one of those Goliaths. He returned home only when he felt that he had attained some sort of respect in his house. His dreams of a peaceful family life after his marriage to Theresa lay shattered when he found out that life had a lot more surprises up its sleeves and it was ready to test him further in his beliefs. These new challenges did shake his trust in his God and humanity but being a fighter all his life he did not lie down and accept his defeat but kept finding the inner strength to overcome the challenges one by one. As the saying goes, “When the going gets tough, the tough get going” Kochu Daveed embodies the fighting spirit in all of us who would like to become a success in life.

The author, Jerry Reynolds, was born in Kochi, Kerala, India, but now a citizen of Canada. He has a master’s degree in Chemistry and started his career in the Oil & Gas industry from Kochi Refineries, India. After 13 years he moved to Qatar and worked in Qatar Petroleum for 11 years. Then he migrated to Canada in 2011. Now he works as a Supervisor in a laboratory in the Oil sands industry. For him reading has been a passion from a very young age. He used to read all kinds of fiction. Now he is more into non-fiction works mostly based on religions, human origins and success stories. He was good in writing essays and had won the prize for the best essay in a competition in Qatar conducted by an expatriate group. His future plans are to write more about his experiences in spirituality. He lives in Calgary with his wife Asha and kids Savio and Ritika.