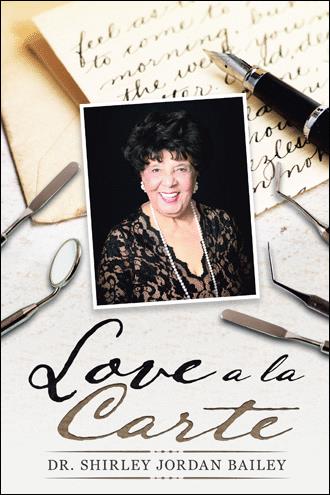 I was in Coral Gables, Florida, giving a Research paper on the structure of Catecho amines and their activity and relationship on the heart, which caught the attention and impressed a distinguished audience member to the point of him requesting a meeting after my presentation. This gentleman happened to be the Dean of the College of Dentistry at Howard University, Dr. Russel Dixon. He exclaimed that he had just returned from Russia, where the profession of Dentistry is dominated by women, and he wanted to attract talented women to his program. He offered me admittance on the spot with the proviso that I would take the Dental aptitude exam upon my return to Washington. I was flabbergasted but excited. I had once worked for a Dentist in Los Angeles, Dr. Theo Evans, and remembered the distinct pungent smell of Zinc oxide and eugenol ( oil of cloves). This was used as a palliative dressing and temporary stopping for cavities. I then wondered what life would be like as a Dentist instead of a Physician. Dr. Dixon said family life would be enhanced, with no night calls, scheduling of patients at my convenience, and made his case. He further stated I would be one of thirteen women out of 47 dental schools in the United States enrolled as a freshman Woman student in 1960 and that I would be the only woman in my class of 81 men. WOW ! this was a lot. Remember life in Washington was not easy, Ethel had opted out of the study and chose marriage to brilliant space physicist Ph.D. William Jackson only 27 years old. I had to then leave 'T "street and had found a live-in Counselor position at a Residential Treatment facility for emotionally disturbed children in upper Northwest Washington." Hillcrest". They took one student from American University, Georgetown University, George Washington University, and one from Howard University, me. I found the opportunity on a school bulletin board. Joe Maxie, Fred, Dan Graves, & Me. We had to be home by ten o'clock and take calls at night if the kids woke up had issues. And be their weekends as scheduled. Free room and board and a small stipend. This was a big break for me. Grover Dye was a weekend Psychologist who also became a great friend. Mrs. Bluestein and Dr. Yacoubian were the hiring Counselors who also were very encouraging professionals. This marvelous facility is just across from the Law School of Howard and not far from American University at Van Ness ave and Wisconsin ave. I was to remain there until I married.

This is not a "once upon a time" book. Life has been a fight. Each self-contained chapter is packed with revealing episodes of an extraordinary life. It is a sharing of her marriage, career, and children, and how love and sabotage lived as partners. In this book, I reflect on the life long friendships that sustained me through the years, and the world travel that has been integral in the enjoyment and enrichment of eight of Shirley's dearest friends. Portions of this book read like a travel log from the Carribean islands to the Great Barrier Reefs of Australia and the capitals of Europe. From the Great Wall of China to the Wailing Wall of Jerusalem, Shirley has shared meaningful memories with her friends. The book highlights her extraordinary children and their own careers as Ivy League trailblazers, as well as their lives and accomplishments. Also included are love letters to her amazing eight grandchildren, whose careers and ambitions span globally due to their early exposure to world travel. Between the anecdotes of her career and family life, the author shares "witticisms" of her parents and grandparents, favorite quotes, songs and humorous stories that are sure to leave you smiling. Also included are perspectives on challenges like Waiting, Electronic Devices, and even a day she overslept. This book shares the power of a positive attitude and is sure to stay on your nightstand as inspiring reading when faced with a need to overcome or persevere.

The author is the oldest child, born into a Christian family of dreamers and pioneers. “Hope and hard work” was the mantra Shirley heard growing up with post-depression parents. Her family moved a lot, first from her birthplace of Monroe, Lousiana then to Detroit, Michigan, and years later to Los Angeles, California. Although Shirley attended many schools, she was an excellent student, graduating high school at age 16 and college at age 20. Becoming the first doctor in the family fulfilled a dream deferred on both sides of her family. Shirley attended two historically Black Colleges, earning a Bachelors of Science of Biology from Fisk University, and a Doctorate of Dental Surgery degree from Howard University. For more than 30 years, Shirley served her community as a leader in dentistry and founded the Association of Black Women Dentists. She also served as President of the California State Board of Dental Examiners and was elected by her peers as a commissioner for the American Dental Association, national board exams, and was honored by Howard University as a Distinguished Alumna. She was elected as a fellow in the American College of Dentists. After retirement, Shirley served as a Dental Director for Delta PMI, Century Dental Plan, and Continental Dental Plan with distinction. She was an expert witness on the standard of care for the state of California, arbitrations, and a member of the Northeast Regional Board of Dental Examiners. Shirley married Dr. Henry Dan Bailey, a general surgeon, and is the mother of four children and eight grandchildren. She is a gregarious, funloving, world traveler who is a family and career woman. She is a community activist, as evidenced by her membership in organizations such as Links Incorporated, Delta Sigma Theta Sorority, and Carousels Incorporated. Shirley loves to play the piano, and enjoys Broadway musicals, British dramas, mysteries, and theater. Her pioneering accomplishments as a black woman dentist are chronicled in these memoirs. Her struggle to overcome multiple challenges, including the opposition she faced, as well as the lifelong relationships she formed along the way are central to her story.