Through My Eyes, Heart, and Soul 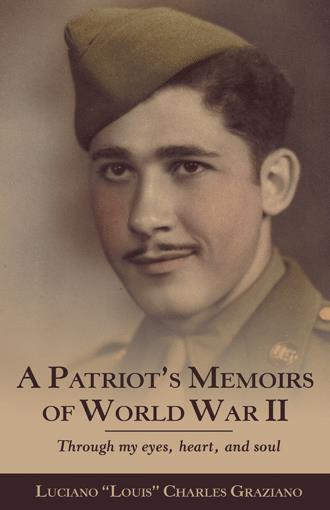 “Another day I was walking through the park when I saw two soldiers and a French cop. I looked at the French cop, and he looked at me. We both thought that the soldiers did not look like Americans, even though they had on American uniforms. He was the closest to them, so I gave him the eye to get them. He grabbed one of the soldiers and the soldier threw the cop to the ground. The other one got away. There were too many children in the park, so I didn’t dare shoot at him. I jumped in to help the cop out and got the soldier by his arm and put it behind him. I could have broken if off. He kept saying “comrade” and I said, “If you say that one more time, I will put this 45 through you!” He did not say it again! Headquarters was about eight blocks away, so I started walking him there. While I was walking him, the French people were spitting at him, and I was getting hit, too. I was lucky...I saw my buddy coming. I stopped him and put the soldier in the back of the truck with my knee on his back still holding his arm behind him. I got him to headquarters and took his shirt off and he had “SS” on his arm, which meant he was a German suicide soldier. His wearing an American uniform meant he had to be executed by the Americans, according to contravening rules of war.”

It was January 1943 when twenty-year-old Louis Graziano received a letter from Uncle Sam ordering him to report to Fort Niagara, New York, for a physical. Although he knew the United States was at war, he had no idea what was ahead of him. After making a promise to dutifully defend his country, Louis never realized how much his military experience would change the course of his life. In a memoir that reveals the good, bad, and ugly of war and beyond, Louis leads others through his life experiences via personal stories and historical photographs that provide a candid glimpse into what it was like to be a young soldier before, during, and after World War II. While revealing his experiences and thoughts, Louis demonstrates how he exhibited courage amid heartbreaking loss, trusted God to protect him, and found love with a beautiful fellow soldier. Among his documented experiences were landing with the third wave on D-Day on Omaha Beach, fighting the Battle of the Bulge, and witnessing the signing of the Instrument of Surrender at the Little Red Schoolhouse. Included are personal letters and commendations as well as interesting historical facts. A Patriot’s Memoirs of World War II shares a veteran’s personal story and photographs that document his experiences during the biggest and deadliest war in history.

Luciano “Louis” Charles Graziano was a small-town boy who had to grow up fast when Uncle Sam drafted him into the army during World War II. Now ninety-five years old and widowed, Luciano resides in Thomson, Georgia.