Echoes of my Son 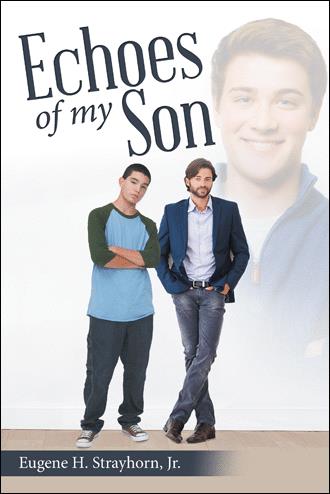 What one thing does a person cherish most dearly? What is to be valued above all else? Some might claim it’s our ability to draw breath. Others might say it’s having enough food to eat, or adequate shelter. Yet though necessary, these gifts are often taken for granted, as are many of life’s blessings. Sadly, there are some people who never pause long enough to puzzle out what they prize most … until it is too late. They learn the worth of a thing only after it has been taken away. This is precisely what happened to Reid Scott.

It was a blustery day, that 21st of March. Reid stood gazing out through the front windows of ERA, Inc., his private software development firm. As owner and CEO, he insisted on knowing everything that was going on in his company. Even the smallest problems were to be brought to his attention. Experience had taught him that what you don’t know will someday hurt you. And yet, supervising daily operations was not the reason he was running late.

His revolutionary new product was ready to be introduced to the transportation industry, and for the past six hours he had been in final negotiations with the company that could make it happen. Hammering out a viable contract had demanded patience and great skill. The process had proven tedious, and at times contentious. Yet twenty minutes earlier all relevant documents had been signed by both parties. The deal would stand as a milestone in ERA’s evolution. His company’s financial solvency was now guaranteed for the next eighteen months. Beyond that … well, that was a concern for another day.

A tracery of clouds, the color of burnished gold, dotted the twilight sky as Reid exited ERA’s front entrance. That afternoon Allison, his wife of twenty-one years, had called to inform him that dinner was to be a special occasion, a celebration of some very good news. He had refrained from soliciting details; all would be revealed eventually. Allison enjoyed her little surprises. He checked his watch. Having promised to be home by 5:30, he was going to be seriously late.

Reid smiled with satisfaction as he recalled how deftly he had overcome one sticking point after another. This night the Scotts would have two reasons to celebrate. He stepped off the curb and strode across the parking lot.

After graduating from Stanford with a bachelor’s degree in Computer Science, Reid had skipped graduate school. Instead, he had launched his career as a software developer. In those days the computer industry in Silicon Valley was one of the most competitive environments imaginable. Hard work and personal discipline had paid off. Reid’s subsequent successes had proven nothing short of phenomenal. The result was that at age forty-six, his net worth had soared to heights most men could only dream about.

Reid pressed the Lexus RC Turbo’s starter button. Its powerful engine roared to life. With ease he navigated surface streets that wound through the outskirts of Mountain View, California. Making good time, he soon accelerated onto the main thoroughfare that would take him home to Menlo Park, and the surprise that awaited him.

Allison Scott watched the second hand slowly sweep the gilded face of the clock on the marble-top sideboard. When it pointed straight up, she heaved a sigh heavy with frustration. Her husband was exactly two hours late. Dinner had long since grown cold. The meal could be reheated, of course, but that wasn’t the issue. What distressed her most was that she had lost her happy frame of mind. Glad tidings, like cheap wine, tend to sour when bottled up too long.

Seated alone at the long dining room table, Allison had defaulted to her customary station, the chair nearest the kitchen. Her eyes swept the room. The honey walnut dinner table gleamed with a muted luster. The family’s Wedgwood dinner service filled the china buffet, plates and saucers arranged in orderly rows. Three of the twelve place settings had been carefully placed on the table.

A blue-gray Persian rug covered a majority of the room’s hardwood flooring. Its hand-knotted floral pattern screamed expensive elegance, as did the gold-leaf mirror above the sideboard. Such were the trappings of a prosperous family, richly blessed by cumulative good fortune.

“Late as usual,” Connor Scott muttered as he entered from the living room. “Do you get the impression he just doesn’t care about what’s important to us?”

Connor was artistic, intelligent, and personable … a borderline nerd well liked by his peers. Now in the middle of his senior year, he would soon graduate high school. It was this accomplishment, plus his just announced acceptance to college, that the family was supposed to be celebrating.

“Don’t be snippy,” Allison cautioned. “Your father works extremely hard. He has a great many responsibilities. Besides, he is an excellent provider.”

“That kind of says it all, don’t you think?” Connor turned around to address the family’s six-year-old golden retriever, Torus. The dog was on the verge of entering the formal dining room. “Oh no you don’t. You can’t come in, remember?” He chuckled. “You never give up, do you, old fellow?” The dog halted at the threshold and lay down, his patient eyes fixed on his master.

Connor stepped around to the far side of the table and sat down in the straight-back chair that faced his mother. Rather than brace his forearms against the table as was his habit, he folded his hands in his lap, waiting. 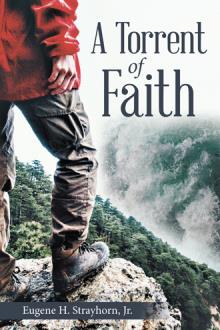 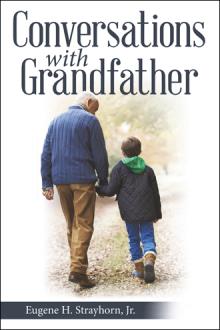 Reid Scott is a brilliant computer-software developer. His devotion to the companies he has established ensures that they will become highly prosperous. However, in choosing to spend long hours at work, he has become increasingly estranged from his family. When his seventeen-year-old son is brutally murdered, Reid is forced to face the fact that he has been a lousy dad. Consumed by rage fueled by guilt, he vows to reap vengeance on his son’s killer. But then, as a new Christian, he learns that he must forgive to be forgiven, a requirement that seems absolutely impossible.

Ruben Walker is a poor kid from a broken home. When his mother disappears suddenly—with him being the eldest—the responsibility to provide for his younger siblings falls on his shoulders. He does the best he can until Child Protective Services splits his family apart. His sister and two brothers are sent to separate foster homes. Ruben believes that money is the key. If he accumulates enough wealth, he feels he can convince CPS that he is fit to reunite his family. In utter desperation, he resorts to robbery. During the robbery, a seventeen-year-old boy is inadvertently killed.

A sequence of providential events bring Reid and Ruben together. They have no idea they share an appalling tragedy. Over the course of many months, Reid and his wife, Allison, learn to care deeply for Ruben, who reminds them of their deceased son. Their love for the boy is put to the test the day Ruben shares his most closely guarded secret by confessing his crime.

This Christian novel examines what it means to live by faith, to forgive the unforgivable, and to love unconditionally.

Eugene Strayhorn is a retired physician who for twenty-five years practiced internal medicine and then emergency medicine. For many years he served as the medical director of a twenty-five man multi-specialty group. Following his retirement from active medical practice, he has devoted himself to writing. As a lifelong follower of Jesus, he has gained an intimate knowledge of biblical precepts. For the past eighteen years he has facilitated a men’s Bible study that focuses exclusively on incorporating the word of God into everyday life.