Creationism and the Book of Revelation

An Outline of the Last Days 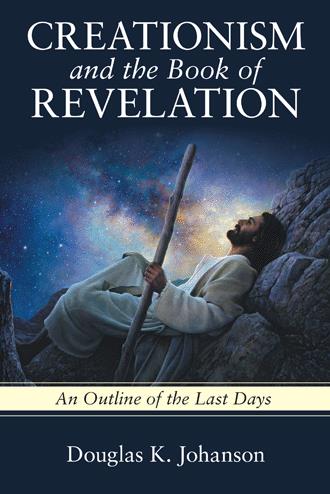 The Lord told Isaiah, "The earth shall reel to and fro like a drunkard." This is the alteration of the normal, regular, smooth, spin of the earth on its axis. It will roll and tumble. That will in turn cause the stars (from our vantage point) to shake and tremble. The stars will certainly appear to be angry.
Isaiah tells us what happens next: "For the stars of heaven and the constellations thereof shall not give their light." The stars of our constellations will become dark.
What is a constellation? It is a group of bright, neighboring stars. Their arrangement may imply some figure that helps us remember and recognize them. Many use the pattern of the Big Dipper to find the Little Dipper and the North Star, Polaris. That allows us to determine directions at night.
Another constellation, Orion, is known as the great hunter. It is made up of four very bright stars that serve to mark the shoulders and feet. There are also three bright stars in a diagonal alignment that form his belt. There are other stars that appear to make up his sword, hanging from the belt. We are challenged by the Lord to do something He can do. He dares us to loosen Orion's belt. Moving those stars is far beyond our power. It is not beyond God's.

Orion appears as the great hunter only to observers located in our solar system. In actuality, these are just stars in the same general direction. The distance to each of these stars varies greatly. Observers looking at those stars from another location would not recognize the great hunter. They might see another figure or might include those specific stars in different constellations. What could end the existence of the constellations, as we know them, as mentioned by Isaiah?
In speaking of the last days, Isaiah gave several bold, powerful statements about the earth. He said, "the earth shall remove out of her place." Earth's place is in orbit around its sun. Can earth be removed out of its current orbit?
Isaiah said, "The earth shall reel to and fro like a drunkard, and shall be removed." It is clear that at some point the earth will lose its smooth rotation. It will wobble and appear drunk. The stars will appear to shake and be angry. Is Isaiah saying earth will have its rotation altered and be removed from its orbit?
Earth, "shall fall, and not rise again." This fall is not a fall in status, but is a fall in location just as happened after the Garden of Eden. This does not refer to that fall because that happened long before Isaiah lived and long before the time that he is speaking about. The earth is not going to fall into outer darkness. The earth will wobble, be removed and not return to its present orbit! Where is earth going to fall to?

Isaiah also said, "The earth is moved exceedingly." The Lord knows what He said. If our planet, is moved exceedingly, how far is exceedingly for the Lord? Is any distance too far for Him? No. Isaiah clearly states that in the latter days earth will be removed far from the sun's domain.
The last astronomical sign of the Sixth Seal is: "The heavens opened as a scroll is opened when it is rolled together." The removal of earth into the heavens will make them appear to open as a scroll.
Paul shared, "Yet once more I shake not the earth only, but also heaven. ... signifieth the removing of those things that are shaken." God's creations (heaven and earth) will be shaken and removed.
Isaiah states that the Lord will, "shake the heavens," and that "the windows from on high are open." Isaiah also states that the Lord will "rend the heavens," after which, the "heavens shall be rolled together as a scroll," then "all the host of heaven shall be dissolved," and "the heavens shall vanish away like smoke." These descriptions tell us that the heavens will be rent, dissolved, and will vanish. What could make all of these prophetic descriptions come to pass?
The astronomical event called Sun, Moon and Stars One includes many aspects. They may be confusing, so here is a list that summarizes them. This will help us synthesize what is known about this event so it can be brought to a logical conclusion.

What will cause the earth to shake, tumble, and roll; the stars to shake, appear angry, and fall; the sun to go dark; the stars and constellations to go dark; the moon to appear to be bathed in blood; the earth to move exceedingly; the heavens to be opened and dissolved; and this be interpreted as a permanent fall of the earth?
Think of our astronomical environment. Consider this simple possible scenario. The Lord will take ...

This book, Creationism and the Book of Revelation: An Outline of the Last Days, by Douglas Johanson deserves serious consideration from anyone who is a seeker of truth, both scientific and religious. He has created a book that will challenge and provoke serious thinking about the doctrines of the Gospel of Jesus Christ and the expanding knowledge from the scientific community. In this fascinating text, those two sources are successfully brought together, and the result is a faith inspiring exploration of the magnificent power of our Eternal Father. This book is a pleasure to read and it is my privilege to recommend it highly.

In Creationism and the Book of Revelation: An Outline of the Last Days, Douglas K. Johanson skillfully uses his background in science and his intense study of the scriptures to show how truths about the physical universe and latter-day revelation and other scriptures help one see truths in The Revelation of St John the Divine. In significant and expansive detail, Johanson provides many answers to important questions about the great plan of God.

"... contains a detailed, chronological outline of the last days.
... helps science and religion come together.
The scriptures would be fulfilled exactly as given.
God loves each and every one of His children ..."

Douglas K. Johanson earned his bachelor's degree in mathematics with minors in physics, aerospace studies, and German and a master's degree in education. He served in the USAF for twenty years as a plans officer and as an F-111 navigator. Afterwards, he taught high school math and German. He is a life-long student and lover of the scriptures and the gospel of Jesus Christ. He and his wife, Janice, have six children and twenty-five grandchildren.