The Lyrics of a Unificationist’s Life 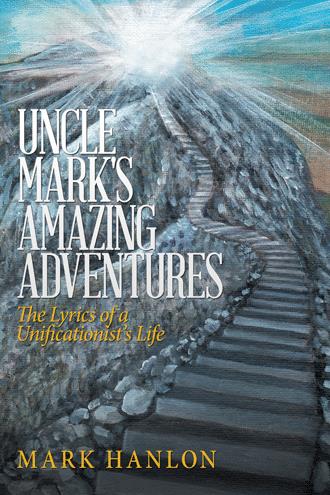 “I listened to the prayers of some of the members. Their prayers were so moving and sincere. Sometimes they would shed tears while praying as did others while listening. I was not a stranger to prayer, but this was far beyond what I had experienced in church. I became quite jealous of these members who could speak so intimately with God. Their love for God seemed so real in prayer. Sometimes when we prayed on the beach we held hands and I could feel the energy of the prayer in the circle when I closed my eyes. When we prayed individually at night spread out along the waterfront I felt a comforting warmth and a sense of wellbeing that I had never felt before.” “I began to realize that The Divine Principle was not an ordinary teaching.” “I was in the city, totally alone in the dead of winter with no money. The first night I slept in the bus station. In the morning I bought myself breakfast at MacDonald’s and stashed my stuff in a storage locker. I walked around the city for about an hour or so. Indianapolis in 1982 was not the friendliest of cities. Like most Midwest cities it was not pedestrian friendly. People went everywhere by car. It was hard to meet people on the street. The ones that would talk to me were either homeless or drunks. Nevertheless, I had this feeling of ownership of the place and I was determined to make the most of it. This was my town. In order to survive, much less witness, I needed to make some money. By now I was down to 7 dollars. I found a wholesale candy dealer and spent my last 7 dollars on a small case of chocolate bars. It took me about four hours to sell them. I now had 28 dollars. I bought myself a late lunch and went back to the candy wholesaler and bought another two boxes for 14 dollars. By eight pm. I had about 60 dollars. That was enough for one day so I went back to the bus station to sleep. Fortunately, I found someone who was leaving town that evening who had a key to a hotel room that he didn’t need so I got a place to sleep for the night and I didn’t have to spend any of my 60 bucks. I woke up in the morning refreshed and showered. I needed a more permanent place to sleep at night until I could raise enough money to rent a room. I went to the Salvation Army and checked myself in with all the rest of the men who stayed there. Most of them were homeless drunks, former criminals and people who had just given up on life for various reasons. Like the others I was allowed to stay for three nights and then I needed to move on. After checking in I fundraised for the day. I did pretty well and by now had nearly 200 dollars. The weather was at times very nasty and I decided for the next few days to go to some of the places in town like libraries, museums, universities and learn the local bus system and what the neighborhoods were like. I fundraised a little each day and was saving more and more. Finally, I got booted out of the Salvation Army. I felt so sorry for the men who have to stay in those places with no hope in their hearts for something better. I couldn’t really witness to them.” “As state leader, I was suddenly the center of this huge mobilization. At the same time, our family was now living on credit cards. I sold my cab and decided to work exclusively for the campaign. Our small apartment became command central for this mobilization activity. We lived between charts, telephones, computer mail outs, phone lists and people in our 900 square foot apartment for nearly two months.”

Mark Hanlon considers himself an ordinary man who carved a unique path in life based on his beliefs. In a fascinating account, Hanlon shares a first-hand glimpse into an adventure initiated in 1976 as he began to gravitate toward Rev. Sun Myung Moon and the Unification Church movement. It was November 1976 while working in a music store in Nashua, New Hampshire, when Hanlon, who was a reborn Christian at the time, first heard about this controversial organization through his co-workers. As he leads others through his spiritual journey to eventually become an active member and leader of one of the most controversial new religious movements of our time, Hanlon shares an ultimate story of faith versus reality as he learned to embrace the illuminating effect the teachings had on him and others around him, and deal with the mystical, theological questions of life in a distinctive and fascinating way. Uncle Mark’s Amazing Adventures shares an in-depth look into a unique, modern religion in a personal account that touches the heart and mind.

Mark Hanlon is a teacher, traveler, activist, and musician. He graduated from UMass Lowell and earned a master’s in religious education from the Unification Theological Seminary. Hanlon has been director of the Unification Church in six states and has led teams of missionaries nationwide, teaching directly and through his music. His mission work has carried him to several foreign countries. He currently resides with his family in Massachusetts. Active in the music community, he has also taught music privately and in the public schools.