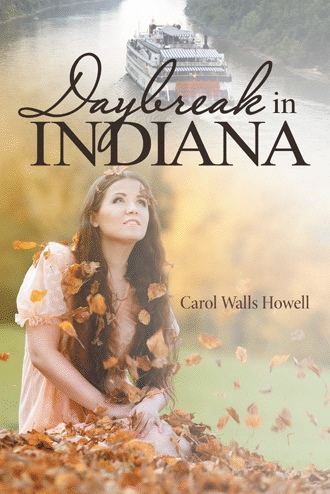 Brady and Anna Marie had been married twenty years.  Patrick was eighteen years old and Timothy turned sixteen last September.  Both had grown up into fine young men.  The twins, Lilly Anne and Lila Rose were pretty young women nearly fifteen.  They had learned to cook and sew, which included quilting and mending.  Lila Rose had become a fine horse rider and enjoyed fishing with her brothers and her father.  On the other hand, Lilly Anne excelled in the art of baking cakes and cookies and beautiful needlework.  So good, in fact, that she made hand embroidered satin purses for women and had sold some through the mercantile store.

Jeremiah and Pricilla had their two children:  Joseph, age fifteen, and Jenny, age thirteen.  Since Joseph was around ten years old, he had an eye for Lilly Anne.  He would play tricks on her and tease her about being a tomboy.  Many times they would race their horses from the schoolhouse to the road crossing a mile west of town.  It was always a very close race.  Sometimes Joseph would let her win on purpose so he could see her eyes sparkle and hear her lilting laughter.

Interestingly, Timothy had his eyes on Jenny.  He rode his horse into town with any excuse so he could stop by the boarding house and have a sarsaparilla.  Jenny helped in the boarding house by serving the customers and had learned to cook many of the food items that were served.  She kept her hair in pigtails because Pricilla told her she didn’t want any of her hair to get onto the food.  Pricilla kept several brightly colored ribbons for Jenny to wear on her hair, which Tim enjoyed untying when he got the chance.  She would say, “Stop teasing me,” but actually enjoyed the attention as most young girls would.  He would laugh softly and give her a wink.

Three years ago Frank had a terrible accident when he and Luke were sawing tree trunks.  Frank lost his grip on a large log and, as he struggled to catch the log, he lost his footing.  His left hand swung around and hit the huge saw blade which swiftly cut it off.  It took several weeks but his arm healed and now he copes well with having only one hand.

Patrick was an avid hunter and quite a good marksman.  He could shoot a squirrel in its head while it ran across a tree limb.  He would often bring home three or more for his mother to cook.  She would bake it in a pan with potatoes, green beans and gravy; to him it was delicious.  Pat had always loved the outdoors, whatever it might be.  He sometimes would take his gun go walk into the woods and find a nice cool spot and sit down.  He would inhale the sight of the flora and buzzing bees, the animals and birds.  He watched the wind rustling the leaves – observing every living thing for two to three hours.  What would his life be like if he were an Indian?  They live off of the land and are keen on the ways of nature.

He rode into town one day when the weather wasn’t bitterly cold to buy ammunition and a new pair of boots as his had hardened and cracked.  He walked into the mercantile and over to the counter where the boots were displayed.  He stopped in his tracks the moment his eyes fell upon the most beautiful girl he had ever seen.  Her brown hair flowed down to her shoulder blades, tied back with a green scarf.  She wore a matching green blouse under her black riding coat, which caused her hazel eyes to sparkle.  He looked at her feet and she wore a pair of tooled leather boots.  He could hardly breathe.

“Hello,” he managed to say to her.

“That’s a very nice name.  I came for some new boots, mine started leaking.”

She laughed and said, “If your feet get wet and cold, you’ll feel cold all over.  It’s a good idea to buy new boots before yours get worse.”

“You’re so right,” he said, wearing a big smile.

“After I get them I’d like to buy you some hot tea and a roll if you want.”

Pat felt beads of perspiration on his brow and upper lip.  He could hardly concentrate on his task.  He watched Catherine walk away to look at other scarves.  He stood there as if paralyzed.  After a few moments he brought himself back to reality.  Now, maybe he could seriously tend to business.  He examined the available boots but kept turning around and checking to see if she was still there.  He made his purchase then turned his complete attention toward Catherine.

“Are you finished shopping?” he asked her.

“Yes, I didn’t find anything I wanted,” she replied.  He took her arm and guided her out the door and toward the boarding house.  They went inside and sat at a table a distance away from other patrons.  Jenny appeared shortly and asked what they wanted to eat at which Pat replied, “We’ll have hot tea and some sweet bread.”  Jenny smiled at Pat and he gave her a wink as she left to get their food.

The two sat and talked and laughed until they realized an hour had passed by.  As they walked out the door Pat took ahold of Catherine’s hand and said, “I would like to see you again, is that something that you would like?”

She replied, “That would be nice.  I’ll be at church Sunday with my parents,” she answered.

In 1837, the Pattersons of Reed’s Crossing are eager to head north to Indiana where they can claim new land and begin farming. Brady Patterson’s wife, Anna Marie, along with their children and their friends, Pricilla and Jeremiah, make the difficult journey by covered wagons. They endure challenging weather conditions, mosquitos, and varmints as they travel northward, but they successfully reach their new home.

The children, Pat and Tim, grow into teenagers, while other children are added to the family dynamics. One day, a runaway slave family is discovered hiding on the family farm. The Patterson’s acceptance of the family causes ripples throughout the community, and that acceptance brings about violence.

Tim loves racing his horse and teasing Pricilla’s daughter. His daring ways often bring him harm. Pat turns eighteen years old and meets a girl who captures his heart. They fall in love, but as time passes, her father is unwilling to let them continue seeing each other. Pat sees no other resolve than to leave home and strike out on his own.

A sequel to Sunset in Kentucky, Daybreak in Indiana tells the story of how a community becomes a town full of good people who help their friends and comfort those who mourn.

Carol Walls Howell graduated from the Swinney Conservatory of Music with a bachelor’s degree in music education in 1973. She taught high school and elementary music for twenty-two years. During that time, she worked on her librarian degree and was a combination librarian and music teacher. Howell lives on a small farm in Missouri with her husband, Carl. They have two grown children, three grandchildren, and three great-grandchildren.