Hidden in the Mountains 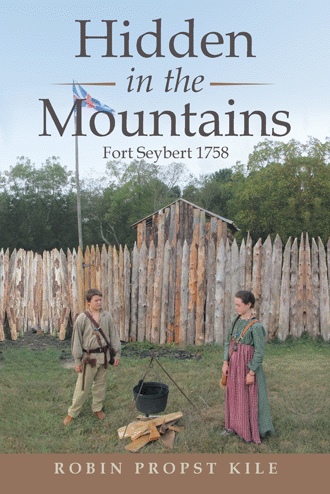 James’s feet barely touched the ground as he ran up the rocky mountainside to the west of the fort. He knew the nearest cabin belonged to a family by the name of Conrad. When he reached it, he didn’t bother knocking, barging into the home as if it were his own. He realized the homeowners would forgive such disrespect during an emergency such as this, but he needn’t have worried about that, for the house stood empty. He then ran to each of the other houses scattered within a few miles of each other and the fort remains. He only stopped to rest when his lungs felt like they were ready to burst. Then he would bend over or fall to the ground and suck in the air as fast as he could—his heart pounding in his ears and his chest heaving up and down.


As soon as he regained a little strength, he pushed on to the next house and the next. Sadly, he found no one. Each empty house increased his worry and diminished his hope. It seemed as though everyone except he and his sister had vanished. Fear overwhelmed him and gripped his heart even tighter than the lack of air did. His head was spinning, and he felt light-headed. He and Sarah were in their settlement alone! What would he tell her when he got home?

Everyone is gone—everyone except young James and Sarah Dyer and their faithful companion, Duke. It’s the spring of 1758, and the Dyer children find themselves alone in their settlement on the Virginia frontier. Fort Seybert has been destroyed by Indians, and their mother and the other settlers are missing, feared captured. Now James, Sarah, and Duke are the only ones who can help. They must follow the forbidden Seneca Trail, but many mountains tower before them. Is Mother out there somewhere—hidden in the mountains? Will they be able to find her? James and Sarah know they must try!

Robin Kile taught in the Pendleton County, West Virginia elementary schools for 30 years and has a wonderful insight into what children enjoy reading and learning about. This is her ninth book, and she has accented this historical fiction with time lines, maps, text-dependent questions to access higher level thinking skills, a recipe, and many photographs depicting life on the eastern Virginia (West Virginia) frontier in 1758. Adolescents will enjoy reading this book independently, however it also provides an exciting way for 4-6 grade teachers to engage their students. This book is also an excellent read-aloud for younger students, exposing them to advanced vocabulary. The Automated Readability Index Level of this book is 5.6.