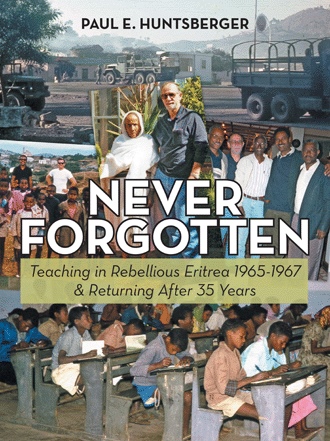 THE WARNING SIGNS OF REBELLION

I already had learned from the student Iyub that Eritreans harbored hatred and mistrust of Ethiopia. The people of Eritrea wanted to be free and independent. When I talked to almost any Eritrean, I sensed the intensity of their feelings against Ethiopia. My houseboy, Ibrahim, spoke openly about these sentiments this evening. He talked about the shifta who have moved into this area’s mountains to fight the government of Ethiopia. He says he knows them. He thinks that they are good men. He likes them because they dislike Haile Selassie and are struggling for a free Eritrea. The hatred is intense. While it smolders now, I feel that while I am here it may burst into open conflict. I do not doubt that if Haile Selassie dies, Eritrea will try to break its bonds with Ethiopia. And it may succeed. But the price in human suffering and bloodshed could be high.

Some question whether the price to pay for an uncertain and shaky future of independence is too high. Some debate whether Eritrea could withstand the economic shock that inevitably would come about with independence. Some wonder what the U.S., a staunch ally of Ethiopia, would do if war broke out. I don’t know the answer, but I feel that the heat is being turned up daily.

Many police were in Saganeiti today. Signs with some kind of revolutionary message had been posted on the school building. Extra police came to town in case trouble broke out. But nothing happened.

A faint “fire bell ringing in the night” sounded its warning across the land. Is the rebel movement gathering strength? Does their presence 6 km from Saganeiti portend danger? Has their increased military action — a train derailed and 10 soldiers killed — been the anticipated start of more disturbances? Does 50 truck loads of government troops signify more to come?

Rebel activity increased during my two-year stay in Saganeiti. A group of us went to Senafe to play a volleyball match against the army soldiers stationed there. After the friendly game and sharing of refreshments, the army offered to drive us back to Saganeiti in one of their trucks. As we drove back we came upon a bus crashed at the bottom of a ravine. An officer told me that the shifta had stopped the bus, had all the passengers get off the bus with their belongings, and then they pushed the bus over the side of the road into the ravine. They wanted to harm the government-owned bus company, but not the people and their belongings. I had my camera and desperately wanted to photograph the scene, but I judged it best to just record this in my memory.

The first night in September 1966 after I had returned from summer vacation, the shifta attacked the Saganeiti Police Station near my house in the center of town where I was now living after Ginger departed July 1966. Their escape route took them between the house and the Post Office. I heard the burst of gunfire and hit the floor. I stayed in the house the rest of the night. The next day I asked students what had happened and they told me about the attack. 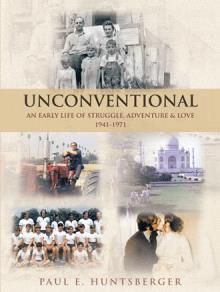 Never Forgotten chronicles the Peace Corps service of a young American who taught in Saganeiti, Eritrea during a nascent rebellion against Ethiopia in 1965-1967. The story recounts his return after 35 years to reunite with Eritreans after years of war led to independence. Numerous photographs capture life in Eritrea and in Africa in the 1960s.

Experience the rhythm of village life in highland Eritrea, as the author remembers enjoying Eritrean hospitality, playing with children, attending religious feasts, giving medical assistance, celebrating Christmas, attending funerals, riding busses, walking to remote villages with students, and attending engagements and weddings. Appreciate the challenges of teaching in and reorganizing a middle school, and of motivating students to compete successfully for national scholarships.

Join the author on unscripted travel and adventures in Eritrea, Ethiopia, Kenya, Uganda, Tanzania, and Sudan. Share the heartfelt letters sent to the author by students and friends after he left Eritrea to appreciate how keen Eritreans were to keep in touch. Gain insights into the tensions arising between Ethiopia and Eritrea after 1967. Rejoice with the author who fortuitously reconnected in 1999 with a special student who rose to a high level in the Eritrean government. Witness how the author meets former students in Asmara in 2002, and then locates his elderly maid against all odds.

Never Forgotten pays tribute to Saganeiti and to all Eritreans and Peace Corps volunteers the author befriended, and honors students who died for the cause of independence.

Paul Huntsberger retired in 2010 from New Mexico State University after working for thirty-four years as an International Education Administrator. Two years of Peace Corps Service in Eritrea, and one year in India, prepared him for his international career.