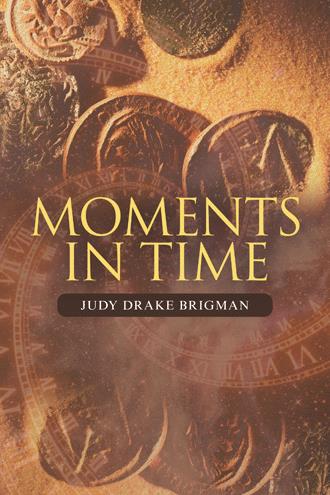 1 Edith The rain pitter-pattered from the roof onto the aging planks of the deck. The towering pecan trees left a slippery residue of pollen, –from which Emil had recently fallen, but that wasn’t the focus of my contemplation as I gazed out the kitchen window. I stared a long time trying to see through the droplets and streams of water on the glass. Was I looking for the answer to fall as rain from the sky and splash into my mind? Why was my husband locking the door to the library and spending long hours into the night? Why so secretive? If he were reading, why lock the door? Turning to the stove, I gave the simmering beans a stir, and then I decided to see if I could gain any clarity to satisfy my curiosity. Today, the door was ajar. I tiptoed quietly from the dimly lit hallway. I slyly peeked into the cracked opening and observed Emil reclined in his high-backed chair. He held something in his hand. I bumped the door accidently, sending cold chilling waves through my body. The dry hinges squeaked loudly as the door moved. I stood perfectly still, hoping to remain undetected. In a moment, that seemed much longer, I peeked again. At least the encounter with the door had opened a little more view into the room. I observed he remained undisturbed and was rubbing a coin between his fingers. His eyes were closed and he was whispering something. I leaned in to better understand what he was saying, but I could not. Daring to move, I swiped a strand of my gray-streaked hair behind my ear. I felt a little guilty for spying on him. Suddenly, Emil looked as if he were becoming transparent! Something unexplainable was happening! He teetered in and out of existence. His body radiated with light, and a swirling sound filled the room. My eyes widened and my heart raced. Could this possibly be happening the way I was seeing it? The noise and light spooked Siam, our Siamese cat. She jumped like a flying squirrel from the top of the bookshelf onto the bureau, and then she leapt to the top of the desk. She made a loud, screeching noise as she scrambled through the books and papers. The quick action of her feet were like someone had pushed the fast-forward button. Finally, after getting some traction beneath her paws, she raced toward the door. Simultaneously, Emil swiveled around in the chair and displayed a startled look on his face. My reflexes shoved the door wide open. Siam exited hastily past me, prompting me to give a startled, loud gasp. Papers flying from the desk were still settling to the floor. “Edith, what are you doing?” “What am I doing? Shouldn’t I be asking you that question?” Overwhelmed at the unbelievable events, I was paralyzed with fear. I didn’t mention it for reasons that I had only imagined would appear irrational. I had not been feeling well lately, and that added to my feelings of uncertainty. Emil quickly reached for a book on the desk and closed it. Hastily, he shoved the book back onto the shelf amid a hundred others. I made a mental note of where he placed it because my curiosity prodded me to uncover his secrecy. Without arousing further suspicion, I turned to leave. “Dinner is almost ready. Mark, Allison, and the grandchildren will be here shortly.” My voice shakily echoed from the hallway walls. “You need to freshen up before dinner.” Swallowing hard and in-between sniffling, I tried to regain my composure. The children arrived, and right on time. Zach rang the bell repeatedly. I heard Mark yelling for Zach, so I knew he had slipped away to come in at my kitchen door, as he often did. I hugged him warmly, and we walked together to the living room to greet the others. Mark had opened the door and led two-year-old Cara into the living room. She greeted me with hugs and butterfly kisses. Her curly blonde hair and wide-set, blue eyes looks so much like her mother’s features. Allison soon followed with a diaper bag flung over her shoulder and various other paraphernalia for an evening at Grandmother’s house. “Surprise,” said Zach. “I see you made it into the house, Son.” Allison made me chuckle when she declared, “This child is as slick as high- gloss lip shine.” Allison was a feminine, pretty woman—smart and had a humorous side. I could easily see why Mark was instantly attracted to her when they met. She had flawless skin that every woman spends hundreds of dollars each year to maintain. Emil entered the living room and caught Allison by her arm in passing. He complimented her new hairstyle. “How’s my favorite daughter-in-law? “I’m your only daughter-in-law. And I’m fine,” laughed Allison. “Do you really like my hair?” “Very much. It’s just the right length and color for you.” I motioned for Allison to come to the kitchen with me and asked her to set the table in the dining room. “Hmm, something smells wonderful. She inhaled the aroma deeply. You must have baked an apple pie. I love the smell of apples and cinnamon.” “It turned out really well. I managed to keep the crust from falling apart. And I have ice cream to top it off.” “I can’t wait for dessert. It’s not keto, but I’ll deal with that tomorrow.” “What’s this keto you’re referring to?” “It’s a low-carb, high-fat diet. I’ll explain later … after dessert!” During dinner that night, it frustrated me that Emil always brought the conversation back around to the coin. It was opening an avenue to fear and insanity by causing me to rethink the earlier event. He chatted endlessly. He could hardly talk of anything else. Finally, I slammed my hand down on the table and abruptly stood.

Edith’s husband Emil has been locking the door to his library. He is a coin collector spending long, secluded hours alone long into the night. Why is he being so secretive? Edith takes it upon herself to find out and, one evening, sneaks up on him. She watches as Emil twiddles a coin between his fingers, whispering to it. Then, something impossible occurs. Emil appears to be transparent. In front of her eyes, he teeters in and out of existence, eventually returning to normal and noticing her presence. This is only the beginning of their adventure with an ancient Roman coin as both Edith and Emil question their salvation and faith. Together, this married couple embarks on an incredible journey investigating both time travel and their own inner thoughts. Through the power of the Holy Spirit, Edith and Emil are enlightened to things as yet unknown and eventually find their ways home to both God and each other.

Judy Drake Brigman has been a teller of tales since her Alabama childhood when she received a prophetic Word from the Lord: “I see you with a pen in your hand. You will write books to honor God.” Thus, a journey began and a dream was born. Judy married her high school sweetheart, Roland, and they have three grown children. They reside in Millington, Tennessee.