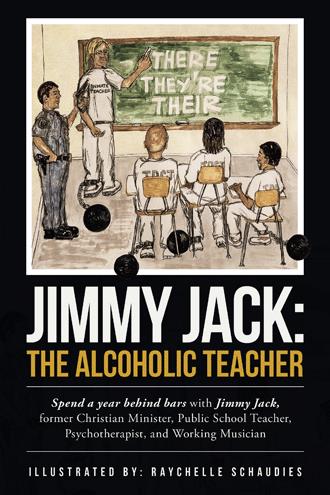 An excerpt: This is my first weekend in Aryan Brotherhood Nation with my new celle who has "Fuck Bitches Make Money" tattooed in huge letters across his stomach. He's so repulsive it makes me ill. Big, dumb, fat, ugly, crass, and bigoted...and these are his positive qualities! No respect for anyone or anything. All he thinks about is himself. As for his Fuck Bitches and Make Money tatoo on his bloated pregnant looking stomach, it's obvious that he has never had either. No women, no money, Only Prison! And now, all I want to do is disappear! The other two guys in my neighborhood are okay. Casper, the tattoo artist is one big ball of energy. He's already done three tattoos, and received one, and it's not even 5pm. He's pretty funny too, but I don't necessarily like him. It's hard for me to like anyone who is decorated in all that Hitler crap. Which brings me to my other neighbor. His name is Valdez, and he's about the best looking guy I've ever seen. I mean, I ain't no punk, but if this guy was a woman, he'd be drop dead gorgeous. In prison, if you're a punk, it means you're queer, which used to mean odd, but now means fag, which used to mean cigarette, but now means gay, which used to mean happy, but now means homo, which used to have something to do with milk, but in prison it just means you're a punk. It's so hot in here on the weekends that the Devil most assuredly should feel at home. I'm just trying really hard to model the Cool Breeze of Jesus. But as you noticed in yesterday's writing, it's not that easy. If this keeps up, you're going to see a lot of my bad attitude. I just don't know any other way to express myself but to be real with you. So as much as I want to express to you the power and beauty of Jesus, sometimes you're just going to have to walk with me through the valley of the shadow of death to get there. And if you think for one moment this is something I can't handle, you would be sorely mistaken. I can do all things through Christ who strengthens me. The power of Christ in me to put up with any and all circumstances is as tall as the heavens, as wide as the Mississippi River, and as long as the East is from the West. Neither life, death, danger, or any of that crap can separate me from the love that is in Christ Jesus. The spirit that is alive in me is the same powerful Spirit who created the heavens and the earth and everything in them. The evil around me is destined to fail, and in fact already has. I see Jesus working in the darkest places, under the cruelest of circumstances. And to think otherwise is very foolish. The foolishness of God is greater than man's Wisdom. Out of the wisdom of man, is born all kinds of evil. And out of the foolishness of the Cross, man now has the opportunity to come face-to-face with the God that no man has seen.

Jimmy Jack was a respected citizen with a hidden secret: He had been an alcoholic since his early teen years. Despite obtaining three Master Degrees and being wildly successful in several fields, it was not enough to keep him sober. After getting a DWI, Jack served twenty-one months of a four-year sentence in one of the most out of control and violent prisons in the state of Texas. In Jimmy Jack: The Alcoholic Teacher, he narrates his journey and describes how his prison experience literally saved his life. He tells how he, as a genuine Christian with real-time faults and attitudes, was simply trying to survive and come out of the horrible situation a better person. Jack documented his story, and the stories of other inmates, by writing two pages each day for 1 year. In this memoir, he entertains with humor, teaches about the healing power of Jesus, demonstrates how a respected member of society navigated incarceration, and offers hope for a better tomorrow.

Jimmy Jack is a successful former minister, teacher, psychotherapist, and musician. He holds three Master Degrees and three undergraduate degrees. Jack was a perennial Teacher of the Year in the Texas Public School system, sought-after therapist and public speaker around the state. He is currently a popular guitar teacher and performer, and has written and recorded hundreds of songs.