A Demonologist’s Take on American Spirits 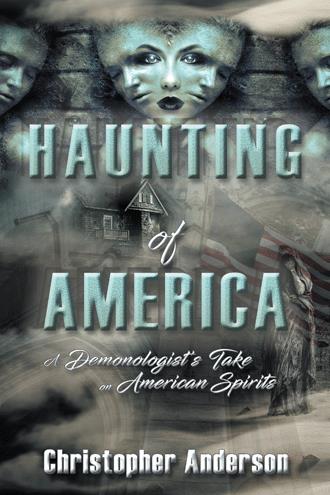 (The Demonization of a Nation chapter, page 3-5) "We are living in the time between man’s fall and restoration of all things. If we are born again through faith in the risen Christ, then we have become imperfect creations who have an advocate with God. His shed blood has become our assurance of ultimate salvation when we die. Those who are not born again through faith in Christ are without such an advocate and have no hope of eternal salvation, as faith in the Son of God activates God’s amazing grace in our lives (Ephesians 2:8). The difference is sanctification and justification through the blood of Christ, yet both those who are born again and those who are not wrestle with choosing good or evil, righteousness or unrighteousness, nonetheless. Those born again have Holy Spirit dwelling within their heart who helps believers choose righteousness, or good deeds, over evil by convicting the heart of sin, revealing the truth of scripture to the reader, and counseling them in purity. It is the individual believer’s responsibility to submit to Holy Spirit’s counsel as a co-laborer in the sanctification process where we choose righteousness over our fleshly pull toward unrighteousness, sin, and ultimately death. The flesh, the world, and the devil strive together to prevent individuals from receiving the Gospel message of salvation through Christ, seek to draw believers toward unrighteous actions, and keep unbelievers firmly in the world’s system. When individuals reject the Gospel, then nations become ripe for the taking because those who make up a nation are choosing to follow the tenets of the kingdom of darkness. Such rejection of the Gospel is accomplished through ungodly and unrighteous social agendas, the world of academia functioning in an Atheistic paradigm despite evidence to the contrary, political factions and governing authorities following money and power over the will of the people, cultural conditioning, and even religious ideology that runs contrary to biblical realities. Socialism could hardly be defined better. The above examples and more seek to blind people from the Gospel, promote the gratification of self, and reject Christian exclusivity. In such instances, other religious systems are encouraged and supported when Christianity is vilified, and Christians are systematically silenced in social and political circles. When you see this happening, there is generally a hidden spiritual dimension prodded along by diabolical forces working in a nation’s heart, specifically in social and political affairs. As the Church is driven to silence and cowering behind the walls of our beautiful, modern, hip edifices, few voices rise in opposition to those spiritual foes influencing a nation’s leaders and the people. When outright socialist politicians are frontrunners for a party’s political headship, and their plausible choice for the Presidency, American society’s fall has become self-evident. In our Post-Modern world, the issue of tolerance toward every paradigm is championed if said position does not dictate an absolute truth. Absolutism today is in and of itself a moral evil in the eyes of post-modern thinkers. The ultimate form of absolutism in Western society is found in our Judeo-Christian value system upon which the moral fabric of our society was founded. Therefore, post-modernism is a tool of the world’s system to slow down or prevent the advancement of the Gospel in the West. It is a sociological perception that forms a cornerstone of the liberal agenda currently dominating the American Democrat Party, and thus impacts national policy, swinging wide the door of our nation for principalities to establish bondages and strongholds in the land of the free. Demonization is not the same as possession, as the later implies complete and total control of a person’s mind, will, and emotions. Rather demonization is the significant influence of a diabolical spirit over one’s perception and actions. In both cases of possession and demonization, the individual knows they are dealing with an external force. When a person is demonized, they are still able to fight back through an act of willful resistance, whereas someone completely possessed no longer has the willpower to resist a diabolical entity’s action without intervention. Therein rests the most obvious difference between demonization and possession: a person’s free will. Nationally, a country that actively resists the influence of a principality, which is a very strong and powerful ranked spirit within the demonic world, can be demonized. Such resistance starts by spiritual repentance by people of faith as defined by actions contrary to previous cowardice and silence. Next resistance is in placing into political power those who are unafraid of social pressure imposed by the minority but will stand by the will of their constituents and established rule of law. This is the reason both major political parties in the United States fight for the vote of Evangelical Christians each election cycle, as they know what the power our vote holds in establishing their political future."

Are there hidden, dark forces influencing the affairs of nations? Do preternatural entities inspire religious, societal, and political behavior? If so, can we identify which diabolical agents are pulling the strings? In Haunting of America, Reverend Christopher Anderson calls upon a decade of experience in paranormal investigation, demonology, and ministry to pull back the curtain of what is tangible, revealing a hidden dimension of spiritual conflict far too many Christians choose to ignore. Through biblical realities combined with personal experiences, Reverend Anderson brings the reader face to face with certain diabolical spirits haunting the West. Haunting of America reveals hope for a brighter tomorrow by activating mustard seed faith today.

Reverend Christopher Anderson has more than a decade of experience in demonology, ministry, and paranormal investigation. He has a Bachelor's of Arts Degree in Leadership and Ministry and an Master's of Arts in Ministry with a concentration in Practical Theology from Ohio Christian University. He has pioneered Internet based ministry for the past five years as the head of Boot Camp Ministries, and two years as an assistant pastor with End Time Church, impacting lives around the world. Reverend Anderson is a Marine veteran, having served nine years on Active Duty, including two combat tours in Afghanistan. His first book, Back to the Basics: A Christian Boot Camp, was written on his last tour of duty overseas. He published his second book, Awaken: Arise, in 2016.