THE DELUSION OF ATHEISM 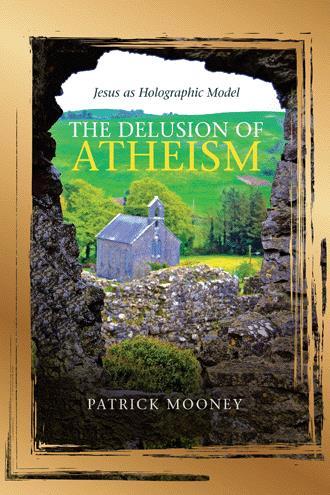 Both atheistic materialism and organized religion have been the two great forces which have had the greatest mind control over Western Civilization’s perception and value system. Both systems have used their power to keep humanity in subjugation and slavery through the tactics of fear and terror. Both systems have denied humanity the dignity of its true Divine identity. When social systems exist for the sole purpose of strengthening and propelling their own self-interest rather the welfare of its citizens, then the matrix in which humanity lives becomes corrupt and decadent. When a people are denied the understanding of their own self-concept as a unique person and a child of God, they become disassociated from their own holographic identity. Nature does not tolerate a vacuum. Dystopia rushes in to replace the void caused by the split or the dualism which both atheism and organized religion cause in world which some non-local Supreme Intelligence created for a more noble purpose. Atheistic Materialism denies the existence of A Creator and is pessimistically Nihilistic. Organized Religion while admitting an Omega or an absolute, divides the soul from the body and turns this world Into a vale of tears. The New Science of Quantum Physics teaches that the Whole is greater than the sum of its parts and the substrata of the atom is consciousness. Quantum teaches the Cosmos is one. There is no separation. All that exists is linked together in the one reality of interdependence, interconnection and interrelationship. Consciousness is eternal. It carries on after the atoms of our bodies have deteriorated and gone. Consciousness tells us, that despite the momentary reality of our bodies we are spiritually eternal. Materialistic Atheism is temporary and built of the false promise of economy and profit. It proposes tragedy instead of ecstasy. Consciousness joins body and soul together. Life in this world in other world is a continuum. Life here is sacred and must be lived in this respect. Whether we like it or not we are doomed to be spiritual. It is the human spirit which is primary. Consciousness teaches us this. Terribly, Atheism has inverted this. It makes the body and its temporality primary. It forgets and denies humanity's need for transcendence. Atheism stultifies. It concerns itself with grasping rather than reaching. Atheism is greedy. It is anti-compassion. This world will surely fail unless we begin to become aware that love is our highest electromagnetic capability and selfishness our lowest.

Patrick Mooney was born in Ireland where he now lives. He believes in Irish Celtic spirituality which emphasizes that there is only a thin line between heaven and earth. With a spiritual perspective," heaven is but an inch and a half above the head of a man." His retreat home in Ireland is called "ANAM CARA" which means "SOUL FRIEND". When we develop a friendship with all that is deepest about, our own interior we become aware that consciousness envelops and surrounds us everywhere. The world becomes a sacred place where all that exists lives in an interrelationship and interdependence. THE COSMOS IS ONE. There is no separation. Each one of us is the universe. There exists A Great Non Local Intelligence alive and working throughout all creation. With this perspective, Patrick looks upon the natural world as the voice of God. Divinity exists and teaches us all that is necessary through the world of nature. THE ONE CONSCIOUSNESS JOINS HUMANS PLANTS AND ANIMALS TOGETHER, EACH ACCORDING TO ITS OWN ELECTROMAGNETIC EVOLUTION. FOR THIS REASON ANAM CARA HAS BEEN ESTABLISHED with beautiful gardens, animals and fowl organically infusing it with an obvious glimmer of God's presence. Patrick was ordained a Roman Catholic priest from The Catholic University of America in Washington DC. He consequently served in various parishes throughout the Diocese of Bridgeport, Connecticut for forty five years. During this time, together with parish duties he served as a hospital chaplain and a teacher on religion in one of his Diocese's high schools. Convinced that the Church was too linear and dogmatic in its approach to communicating the Christian message, he invested in a program on Communication at Fairfield University in Fairfield `Connecticut. He received a Master's degree for his undertaking. Although now considered very backward, because of our digitalized sophisticated approach to communication, Patrick created 24 original audio-visual programs on subjects, such as Father, Mother, Child-Parent Relationship, A search for meaning, Family as a school of deeper humanity, Divorce and Separation, Grief, Death, Christmas and Easter. All these spiritual meditations were hammered out on the anvil of a Celtic Mysticism. TWENTY THIRD PUBLICATIONS from Mystic, Connecticut, has published nine of these audio visual programs which Patrick wrote, photographed and narrated himself. Rather than a stop gap Theology, Irish Celtic spirituality proposes "The mystery of the ordinary". If we do not see and live the mystery of God in the here and the now, we will not know God in the hereafter. Life is a continuum. We are infinite consciousness. We move from immanence to transcendence. Besides his audio visual presentations, Patrick's book- A SONG FOR GOD, has been published by Ave Maria Press, Notre Dame, Indian. Two other books- RELIGION LESS SPIRITUALITY and THE SPIRITUAL IMPOVERISHMENT OF WESTERN CIVILIZATION have been published By Author House, UK.