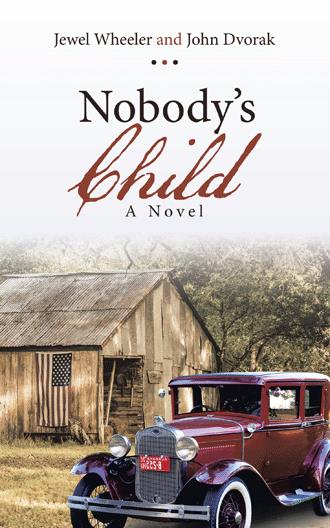 Sarah was severely beaten by her abusive husband while she was pregnant with Amy. He was trying to kill the unwanted life inside her. Mother and baby survived, but Amy was born prematurely, weighing just over a pound. Grandma Liz, a midwife and an old country doctor, fought desperately to give little Amy the chance to live. Listening to that story always made Amy feel close to God. When Grandma Liz, Amy’s caretaker, suffered a stroke, she solicited help from her brother-in-law and his wife, who had lost their own child at birth. Under the guise of helping, they stole Amy away to the swampy woods of southeast Texas, where little Amy nearly died of malaria…… another close call. God was really watching out for Amy. The “Great Depression” hit the country in 1929. Rural Texas and America were locked in its stranglehold. Amy was six. She wandered East and West Texas with her aunt and uncle, seeking work to buy food. Survival was the name of the game. They slept in their car, under the sky and in abandoned houses. They picked cotton; they tenant farmed, cut firewood to sell and raised hogs for market. By the time Amy was twelve, she could work like a full grown man. She nearly didn’t make it to twelve. When Amy was eleven, she nearly drowned in a creek. God put a total stranger in the woods at just the right time to rescue her. Amy was certain that God had saved her life for some special purpose or person. “Nobody’s Child” chronicles Amy’s story from her earliest childhood recollections, through the hard years of the “Depression” and later as a young mother awaiting her husband’s return from service in World War II. Her story is filled with both funny and sad moments and is told in a compelling faith based narrative.

Growing up in rural Texas during the Great Depression was challenging enough for any family. In Jewel’s case, her challenge was exacerbated by being raised by a verbally and emotionally abusive aunt. Mental anguish for Jewel manifested in her adult life, stemming from this destructive relationship. Jewel dealt with her emotional pain by writing it down on paper, in an unpublished autobiographical account. Sometime later, she changed the names of the principles involved, switched it to a third person account and submitted it to a publisher who was promoting a writing contest. It was called “The Search For Amy by Julie Dean. (Jewel’s full name was Jewel Dean Wheeler). She received a letter of rejection of her submission. Disappointed, she never tried to revise or resubmit her manuscript. But privately, she still wanted her story told. I married into Jewel’s family in 1972. My wife, Janice, was Jewel’s daughter-in-law. Jewel always treated us like part of her family. We were always included in all the family gatherings and remained close until her death on November 6, 2016. Knowing that writing is my “spiritual gift,” Jewel asked me to rewrite her story in the summer of 2016. She gave me her manuscript. Regretfully, I did not begin writing “Nobody’s Child” until three months after Jewel’s death. Because she was not available to me to answer questions concerning the historical, geographic and cultural context of her writing, the novel became a work of fiction. The rural Texas towns named in “Nobody’s Child” are real places, but they were randomly selected by me and are used fictiously. The historical context of the depression era was readily available to me through research on my computer. Since I did not know any of the principles involved, I was free to develop Jewel’s primary characters and added a few secondary characters. Any similarity to actual people, living or dead is purely coincidental. I also included stories of my own invention that fit into Jewel’s narrative. I mimicked Jewel’s country wisdom as much as possible to do the story telling. “Nobody’s Child” exists as a “Word” document on my computer, copyright of John Dvorak, September 2017. It is a Christian “faith based” novel consisting of 35 chapters, containing 86,088 words including the summary and information about the authors.