The Kingdom of Chaos 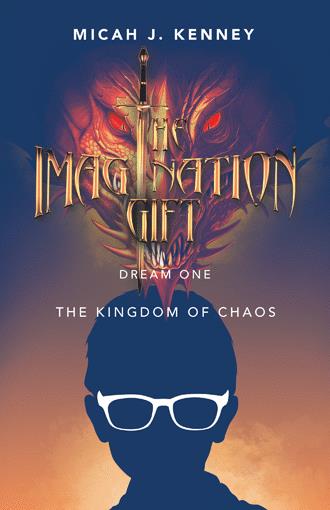 The next time Leonard’s eyes opened he was squinting at the bright sunlight that seemed to be shining between the leaves on a palm branch. He raised his right hand in front of his eyes as his vision cleared and saw that his hand looked much bigger and older than before. There were hairs sticking out of the back of his hand that hadn’t been there when he went to sleep. As he looked up his arm from his hand, he realized he was wearing a black, leather bracer that came to a point just past his forearm. He rotated his arm and noticed that it was laced underneath. As feeling came over his body, he felt a heavy warmth on his upper torso. He sat up and looked down at the rest of his attire. He was wearing a navy blue, wool poncho with black, leather bracers on each arm, dark gray pants, and black, leather knee boots. He tried to stand up by pushing up with his left arm, but something restricted him. He looked to the left of his belt and realized he was wearing a sword. With a puzzled look on his face, he just leaned back against the palm tree he was under and wondered, “Where in the world am I?” He looked back over his arms, “Who am I?” As he ran his hand over his face, he felt a full-grown beard and mustache. He quickly grabbed toward his hair and realized that it was rather long now. It came down to his shoulders and a strand from either side of his head seemed to be pulled around back and tied in a small knot to hold the rest of his pulled-back hair. He had no mirror, so his sword would have to do. He quickly drew it and then began to turn it from side to side and gaze at his reflection. Amazement flowed over his face as he saw a reflection of a mature man with blonde hair. He looked rather handsome, too, I might add. With that, he gave a big grin and then sheathed his blade. “Well, now what do I do?” asked Leonard out loud as he gazed at his surroundings that appeared to be nothing but desert far and wide.

Nine-year-old, Leonard Whitten’s family seems to have it all. Money, big house, expensive cars, successful, family business, but, that all amounts to nothing in God’s eyes as they soon learn. Temptation wreaks through their house like the odor of a skunk as it tears them apart, so that the one thing that can bring them back together again is Faith in God. Leonard must learn what to do and journeys to a whole new world in his sleep to figure it out. The world of Bu Zing seems to resemble his own reality in the effect that it’s a kingdom of chaos and the only Way to save it is to put the Prince of Peace on the Throne. It is a feat that many families need to perform around the globe, but will the Whittens be one of them that succeeds?