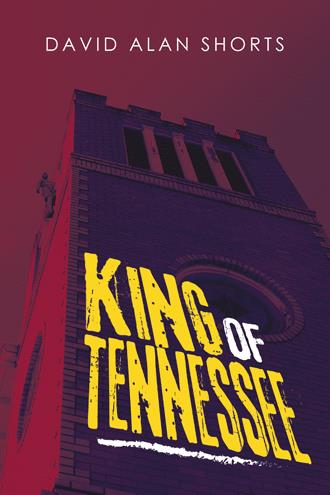 “GRAMS!” I lunged over against the pull of the seat belt to grab the wheel as the car continued toward the oncoming red light. What’s that on her seat? A large semi-truck pulling a McDonald’s trailer cruised through the intersection ahead of me. You Deserve a Break Today, the trailer announced as it rolled directly into a moving van creating a boom of glass and dust, nearly bringing the semi-truck to a stop, sending the moving van rolling slowly backwards. I began pulling the steering wheel towards me as Gram’s sedan banged into the sidewalk and around the intersection already filled with glass and debris. Ahead of me cars were slowly drifting into yards, crunching into parked cars, while others slowly idled down the center of the four-lane thoroughfare. Each one had the same horrifying puzzle: no drivers, no passengers. I unbuckled and almost slid into Grandma’s seat. I froze, looking down at what caught my eye moments earlier. She was in the car. In the center of her seat sat a pile of grey dust amidst scraps of charred clothes, about the size of a full-grown woman. It was as if she had been incinerated. This can’t be right. One of those jogging baby strollers slowly rolled across the street from left to right. Because of where I sat I could only pull the wheel towards me and couldn’t reach the brake pedals either. I pulled to avoid it but it kept rolling towards my path. I cursed. My only option was…I pulled the wheel further and at a few miles per hour smacked into the back of a parked van rather than hitting the stroller. The slow crash still sent me into the dashboard as airbags popped from either side of me. “I guess that’s why you’re supposed to wear a seatbelt.” I groaned rubbing my ribs. I maneuvered around the airbag and went to inspect the stroller as it rolled into the side of the same van—just the remains of a diaper and a pacifier. # “Ms. O’Ney,” Principal Mackey said just twenty minutes earlier. “It is my job to see to the welfare of your child, Stewart, but it is also my responsibility to protect the rest of the students at Roosevelt Elementary.” “I was just defending myself.” I pleaded. Mr. Mackey lowered his glasses and peered over them. How many times had I seen that dumb expression? “Stewart, let’s see if we can find a pattern here. Today you stabbed a boy with a pencil…in self-defense? Not sure how that works, but let’s move on. Two weeks ago,” He looked at his computer reading the exhaustive record, “you threw a boy’s backpack in the toilet…you said it slipped.” I began to smile but wiped it away before either Mr. Mackey or my grandma could notice. “Okay, back in April it was writing on the mirror in the bathroom with a felt pen because another boy made you do it. March you were in my office for having Mrs. LaVene’s cell phone in your desk, but you said you didn’t know how it got there. February you punched a second grader, January…oh, nothing in January.” Nothing that you know of.

It was an ordinary day in Tabersville, Tennessee, until nearly everyone in town disappeared. Middle-school trouble maker, Stewart Rainquest, soon turns this nightmare into a dream come true as he sets about living like a king in his small southern town. Things take a turn for the worse as members of the biker gang Stewart idolizes commit murder before his eyes. While doing his best to keep his distance from the killers, Stewart learns how to drive a car and meets Gina, a high school student battling cancer. Their friendship leads them through wild adventures, but only time will tell if Stewart will learn the truth about what happened to everyone in his town.

David Alan Shorts has a passion to teach kids things which matter for a lifetime, rather than just the next test or Sunday School lesson. He has written many books, short stories, and magazine articles, along with musicals, plays, and songs. His three children keep him busy and constantly evaluating life through the eyes of youth. He has taught music to thousands of kids in Northern California for more than twenty years. When he’s not doing what matters most, he enjoys flying model airplanes and working out.