DIMMING OF THE LIGHTS 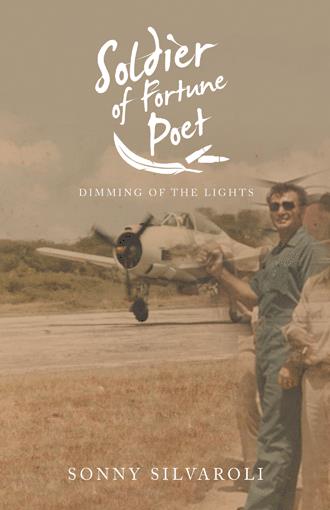 This book is about a kid, who was born and grew up on the north and wrong side of the tracks of a very small town, in poverty. And at age nine was on his own, street wise, with divorced parents going separate ways, two sisters went to live with aunts, the kid was on his own and lived with various neighborhood families for very short periods of time, and at one very short period of time with an aunt and uncle with their own 5 children which caused a hardship as well and caused one of the many times the kid ran away from this home town. From nine to seventeen years of age, the kid still on his own, quit school in the 10th grade, lied his age to join the Marines and this was the stepping stone to an education and better life. Finished High School while in the Marines, and went on to self better education in order to earn his flying wings of being a Commercial Pilot, Flight Instructor, Instrument II, Airplane Multiengine and Single engine Land And Sea, Aircraft Dispatcher, Aircraft Builder. Attended a Community College that provided degrees in Airport Management, and Airport Administration while actually being an Airport Manger of several General Aviation Airports and From flying cargo many hours across the Devils Triangle, at times a Corporation Pilot, Not a Mercenary but a Soldier of Fortune as a civilian Pilot for our Country’s involvement with various 3rd world Country’s. Built his own Aerobatic Airplanes to fly in aerobatic competition winning many a first place contest in the Intermediate category of competition, as a Quiet Birdman sat down to dinner with Astronauts, Presidents of many Major Airlines, Airline Chief Pilots, Movie Stars and Many VIP’s and is still alive at 86 of the writing of this book with just a touch of autobiography, a few adventures of being a Soldier of Fortune all told in Rhyme and his various poems that reveal his character and his attempt way too late in life to now relax and learn to play golf and author poems. None of this is fiction.

FROM POVERTY, A RUN AWAY KID AT NINE, DIVORCED PARENTS, A QUIET BIRDMAN WHO HAS SAT DOWN TO DINNER WITH ASTRONBAUTS, CHIEF PILOTS AND MANAGERS OF AIRLINES, MOVIES STARS AND OTHER VIP’S. YOU MIGHT SAY, A SELF MADE MAN, AT AGE 86 THAT CAN NOW MINGLE AND IS OUT AMONGST THE BEST OF THEM!