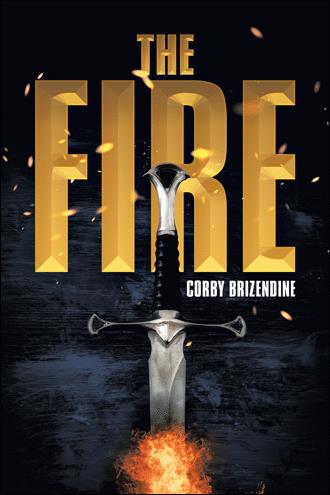 “Eric reached the crystal stone and as he watched for the dragon with a wary eye, he examined it more closely. It appeared that the crystal had been struck many times by a sharp instrument. Eric could only assume that it was with the sword . . . With his curiosity satisfied, Eric’s eye now searched only for the dragon. A flood of fire streamed toward him, and he was engulfed in flame. Eric turned into the stream’s flow and through the flames he could see the face of the dragon. The dragon’s face was bathed in the color of the flames that were enveloping Eric. Eric could smell brimstone in the breath of the dragon, but he was not burned by the flames. The magic of the Glove of Fire protected him from this unprovoked onslaught, and knowing where the dragon was in the mists of this realm of uncertainty gave Eric greater confidence. The dragon exhausted his breath and flames extinguished. His face disappeared into the darkness again.”

Corby Brizendine is the pastor of First Baptist Church of Somerville, Texas, and has been in vocational ministry since 1989. He has a bachelor of arts in psychology from Texas Tech University and a masters of divinity from Southwestern Baptist Theological Seminary. The Fire is his first novel combining classic fantasy with a story of faith.