Scripturally unraveling the apparent incongruity between gay Christians and the Church's belief in "one man, one woman" 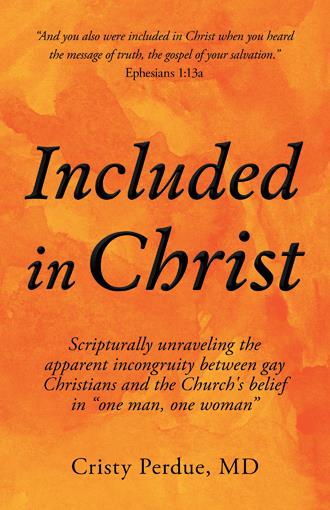 Thus far in history, many traditional, evangelical, and other mainstream churches have chosen what appears to be the most conservative and safest approach regarding homosexuals, or gay people. Churches have been friendly to gay people but have not allowed them to participate in membership or ministries. Some churches with traditional views may allow those who maintain celibacy to participate, but would not consider a gay couple for membership or ministry. The approach is thought to be safe because the traditional argument holds to the premise, “homosexuality is a sin,” and Christians cannot condone sin.

Nevertheless, gay Christians and gay Christian couples are in our churches all over the world. Some Christians were raised in church and attended for many years before they realized they were gay, or same-sex attracted. Other gay people have come to church later in life, seeking a closer relationship with Christ. Gay people are in virtually every church, whether congregants are aware of it or not. The steadfast witness and undeniable testimony of faithful gay Christians is opening the door for conversation between the traditional church and Christians who support the inclusion of gay people in local churches.

If all gay people are living in sin because of their same-gender attractions, then the church is doing the right thing to condemn them, and probably is not going far enough. However, if God is honored within monogamous, permanent, committed, Christ-centered relationships, and in the lives of single gay Christians, then the church has misinterpreted key Scriptures that have been mistranslated, misunderstood, and misused to condemn gay Christians unjustly.

I hold that the traditionalists’ premise, “Scripture is clear that homosexuality is a sin,” is wrong. I present my case directly from the Bible. For decades, the vast majority of Christendom, including countless trusted leaders, have heralded this phrase. For those in agreement, there is comfort and assurance that this unambiguously reflects the truth. Our modern Bible translations outright condemn homosexuality. Thus, it is not unreasonable that many Christians currently believe that homosexuality is a sin.

What is abundantly clear in Scripture is that male sexual acts involving abuse and exploitation, and all same-gender sexual activity related to idol worship and rejection of our Creator, are sinful. Unfortunately, since 1946, Bible translators have erroneously referred to those acts as a group of people, namely, “homosexuals.”

Traditional Christians refer to marriage as a sacred institution designed by God exclusively for one man and one woman. There are biblical exceptions to the one man, one woman tenet, which we will explore. Scripture records one of these exceptions in God’s voice; Jesus also gave us one exception to “one man, one woman.” We will also consider biblical exceptions to other previously held traditional positions within Scripture, to which traditionalists no longer hold.

The Word of God absolutely does not change. It is the same yesterday, today, and forever. God’s inspired Scripture, in its original form, is the inerrant, infallible Word of God. Translations and interpretations, however, do change over time. Our understanding of Scripture changes as the Holy Spirit within us guides us to understand His will for our lives and for His Church.

In general, Christian churches want to welcome people into a saving relationship with Christ. However, the church leadership cannot condone sin. Churches recognize that people are imperfect, and everyone sins. The unique situation with gay Christians, however, is present when gay Christians do not agree with the church and believe that same-gender attractions and committed, covenantal relationships are not sinful. In other words, the church will accept someone who sins, provided that the person agrees he is sinning. But the church cannot accept someone who believes his relationship is not sinful when the church believes he is living in sin.

Can a monogamous, permanent, Christ-centered, same-gender relationship be blessed by God, or is it sinful? Our failure to agree on the answer to this question is the crux of this issue.

As churches continue to exclude gay Christians from membership and ministry, please recognize the bigger picture. Exclusion from church suggests exclusion from the family of God. Gay people in the community are not welcomed into these churches, and many believe that God’s saving grace does not extend to them.

My goal is to present the scriptural basis held by those Christians who believe that gay Christians and Christ-centered, covenantal, permanent, same-gender relationships are blessed by God.

I plan to demonstrate that the Bible does not condemn gay people or monogamous, loving, gay couples. Many people believe, based on I Corinthians 6:9-10, that homosexuals will not inherit the kingdom of God. I will explain that translation and clearly define its error. One can believe the Bible to be the sacred Word of God and faithfully, confidently determine that there is no biblical reason to disapprove of gay people or gay couples.

For those readers who believe that marriage is only appropriate between one man and one woman, I am not asking you to give up your view of marriage or to change your theology. I only ask that the reader be willing to hear on what basis some Christians, holding the Scripture as the absolute highest authority in our lives, honestly believe that God blesses gay Christians, even those within committed, same-gender relationships.

Until churches realize the possibility that gay people can and should be included in the local church, even while gay, we will not be able to effectively minister the love of God and the gospel of Jesus Christ to this beautiful segment of God’s creation.

For those who cannot consider homosexuality to be anything other than a sin against God’s design for humanity, I humbly request and thank you for hearing me out through the pages of this book.

Countless faithful gay Christians serve God wholeheartedly while holding the Bible as the highest authority in their lives. However, many are rejected from families and churches based on the commonly held premise, “homosexuality is a sin.” Included in Christ offers the scriptural basis held by those who believe that the premise is wrong.

Many influential Christian leaders believe that someone within the LGBTQ community cannot be a Christian without renouncing their LGBTQ identity. But is that true? This book outlines every angle of the debate, including the Bible passages, as well as the idea that the entire Bible, beginning in Genesis, describes heterosexuality. It concludes with the clarification within Scripture that God does not condemn gay Christians but welcomes them into His Kingdom.

God’s Word and His Church exemplify His plan for “one man, one woman” in the vast majority of Christian families. This book explores biblical exceptions to the idea that heterosexuality is His perfect plan for everyone. Additionally, the author presents the evidence that the phrase, “homosexuals will not inherit the kingdom of God,” was a mistranslation from the original Greek.

Included in Christ provides readers with the tools they need both to make decisions regarding their beliefs about the LGBTQ community as well as to engage in debate.

If you believe that homosexuality is a sin against God, please read this book with a red pen in hand. You’ll see the arguments from both viewpoints. If you agree with the author’s premise or are unsure of your stance, this book is an excellent guide for navigating this topic according to the Bible, from a perspective that affirms, accepts, loves, and welcomes the LGBTQ community.

“And you also were included in Christ when you heard the message of truth, the gospel of your salvation. When you believed, you were marked in Him with a seal, the promised Holy Spirit, Who is a deposit guaranteeing our inheritance until the redemption of those who are God’s possession—to the praise of his glory.” Ephesians 1:13-14

Cristy and Suzie reside in beautiful Rockaway Beach in New York City. Raised in Alabama, Cristy moved to New York City in her early 20s. She completed a medical degree in her 30s and practices anesthesiology. Cristy enjoys the beach, rollerblading on Rockaway’s gorgeous concrete promenade, chess, music, Auburn football, and studying Scripture. She can be reached at IamIncludedinChrist@gmail.com.