In Search of Jasper Love 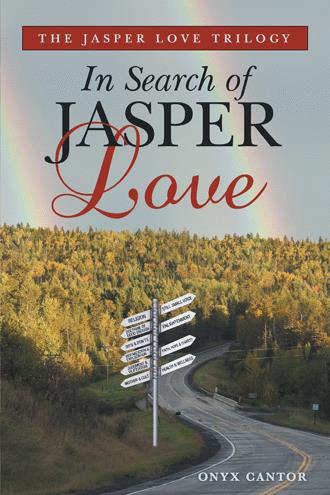 A Vision of Warfare

One night, as Jasper laid his head down in fear of yet another sleepless, troubled night, wallowing in self-loathing and self-pity, God blessed His faithful servant with a glimpse of the ongoing battle for his soul by listing the veil between flesh and spirit, revealing ineffable truths about which it is unlawful for man to speak. It was one of those rare blessings wherein the eyes are shut so they can see, where the mind is at rest so it can receive, where the ears are deafened in order to hear, where the spirit is made defenseless so it can be strengthened.
“It is given to you to know the mysteries of the kingdom of heaven,” whispered the still small voice with which he was so familiar. “Blessed are your eyes, for they see, and your ears, for they hear.” He recognized the reference to the parables of Jesus to his disciples in Matthew 13, so he opened his spirit to receive this place he had been before, a place where the chosen are permitted to see that which many prophets and righteous men have desired to see and hear but have not seen or heard.

As Jasper’s physical eyelids descended to banish the unmerciful world sullied by the cult-engineered wickedness of Religion in the realm of church carnality, the Holy Spirit revealed the battlefield where spirits competed for Jasper’s wounded soul.

Suddenly there appeared in spiritual clarity, a steely-eyed centurion commander of warriors, resembling movie portrayals of generals in the army of the long-ago-fallen Roman Empire. The legion amassed behind him was prepared for battle and pleading with the centurion for the order to attack. The centurion was robed in scarlet authority, gilded in fine yellow gold intricately fashioned with supreme power. He held his helmet under one arm rather than wearing it in place for protection against any challenge to his authority. His face was expressionless, his mouth blankly horizontal, his lips loosely pursed, his eyes looking to Jasper for direction. A finely crafted sword of bloody steel hung loosely at the commander’s side in a quiet sheath. Dim light centered on the centurion’s glaring eyes, whereas over his shoulder, nearly invisible in dark shadows, lusty warriors writhed in anguish, pleading for permission from their commander to dismember and disembowel Jasper, rendering his soul, leaving nothing of him but a memory of his loathsome nature, lost forever in eternal tales of forgotten flesh. Yet, the general gave no such command, showed no emotion and uttered not a word, still holding his legion at bay, despite their lurching thrusts over his shoulders directed wrathfully and lustily at Jasper.

Weary from his struggles, he knew instantly the unmistakable identity of his soul’s enemy. Jasper spiritually flinched to protect his vitality from assault. Momentarily emboldened by the apparent inability of the commander to launch the attack, Jasper prayed aloud.

“Dear God in Heaven! Why don’t they attack? They’re obviously commissioned to impale me and anxious to do it, yet their general stands in silence, preventing their bloody assault. What is the general waiting for?”
The still small voice with which he was so familiar delivered Light, Truth and Understanding into the battle-scarred soldier’s being, replying with three simple unspoken words: “Permission from you.”

Jasper wept profusely in the Presence of God, at long last aware that he was in control of his own destiny, whether destruction or triumph. All he needed was faith.

“Dear Father, I acknowledge that I am sinful, and I offer no defense to justify myself based on any goodness of my own. Religion has deceived me. I accept responsibility that I permitted this deception as my own idolatry based on my fear of being wrong. My righteousness is filthy rags and I surrender every surviving morsel of my religion, my self-reliance, my opinions and my ideas to You Alone. Purge me of religion! Without You as my only authority, I will perish!”
Jasper wept freely in God’s Presence. As religion, self-reliance, self-defense, self-righteousness, and self-judgment were washed away from his soul, the Spirit revealed yet another scene in the spirit world.

Shepherds appeared on a rocky hillside, some standing, some reclining, some sitting in stone silence. Each shepherd wore only a loin cloth and a loose-fitting, knee-length robe of woven white linen. None of these men were poised to do battle and none carried weapons of any kind, yet Jasper knew unmistakably in the spirit that this was The Army of The Lord.

The weapons of God’s militia are not of man’s imagination. These champions are armed only with the Name of The Lord, that Name above all names, victorious against every foe.

Jasper was alarmed that these warriors were resting quietly. He assumed that they were powerless (or at least uninterested in defending him) against the centurion and his bloodthirsty legion of demons.

“My Lord!” he exclaimed. “Why don’t they stand and fight? Don’t they care about me? Are they unable to overpower the demons, or am I simply not worthy of their support against the enemy sent to devour me?”
“Peace,” whispered the still small voice with which he was so familiar. “Behold, I show you Truth and Life which are already in you, but which have been hidden from you by the Darkness of Religion. You need no other defense. For the battle is over… and you have won.”

This is the story of one man’s triumph over Cult Religion. As a preacher’s son, Jasper Love struggled to comply with the dogma and bigotry of the unpredictably changeable Doctrine of Good Enough dictated by Cult Religion. He and four sisters labored to comply with cult demands consistent with their mother’s mantra: “People expect preacher’s kids to be perfect.” The Voice of Truth (bestowed on Jasper as a child in a genuine salvation encounter with Jesus Christ) conflicts with voices of deception from pulpits and pews, triggering crippling anxiety, depression, and suicidal ideation. Further compounding his confusion is a terrifying awareness of the cult’s distortion of scripture concerning his innate identity. When a Connecticut preacher detects his private struggle, the Bible scholar promises: “If you marry a good Pentecostal girl, this thing will just fade away.” Jasper foolishly accepts the challenge, believing that the pastor’s counsel is based on Truth. A 32-year battle ensues, during which a Pentecostal preacher’s daughter who, aware of his struggle and trained in Exploitation of Advantage, manipulates and controls the miserable husband who strives to suppress and conceal an innate identity which “simply won’t leave me alone.” Cultists despise his genuine relationship with God when the Holy Spirit weakens the tenacious grasp of the antiChrist’s claim on his soul, rescuing him from abominable doctrines through Spiritual Enlightenment to Truth Absolute. Spiritual Warfare ensues, during which he is molested by authority figures, betrayed by cult dishonesty, falls into sin, is attacked by demons, and is delivered by the Holy Ghost through visions of spiritual combat between the demons of Cult Religion and the Angels of Truth. In the end, his foolish attempt to conform with the Doctrine of Good Enough predictably results in the destruction of everything he wasted a lifetime building: marriage, family, home, career, material wealth, and reputation. Yet, in losing all, he is delivered from the Darkness of cult idolatry, whereupon he is finally free to immerse himself in genuine Truth, Light, and Love, breaking the tyrannical chains of Cult Religion. Released by the Holy Spirit from cult bondage, he is at last unleashed to fulfill his destiny: To teach the Truth about Jasper Love (that boundless, unconditional love known only to those who genuinely experience Spiritual Enlightenment) to a people deceived by the hateful harlots of idolatry who are nothing more than power-crazed, authoritarian, self-aggrandizing, despotic antiChrist heretics who worship only one god - CONTROL.

Onyx Cantor grew up in a small town in southern Illinois. He learned about faith from his Pentecostal evangelist father, inherited severe depression from his mentally ill mother, and struggled with the tyranny of organized religion. He earned a Bachelor of Science in Aerospace Engineering from a prominent Missouri University in 1974 and worked 30 years in engineering until failing health ended his career in 2004. He contributed to the progress of Reliability Engineering and honed writing skills in that capacity. His 32-year marriage to a Pentecostal pastor’s daughter ended in divorce when his health deteriorated. His ambition now is to share the beauty of God’s Grace which transcends the Darkness of Religion, and to expose the pernicious nature of Religion as the idol which stands between God and those who would know Him.