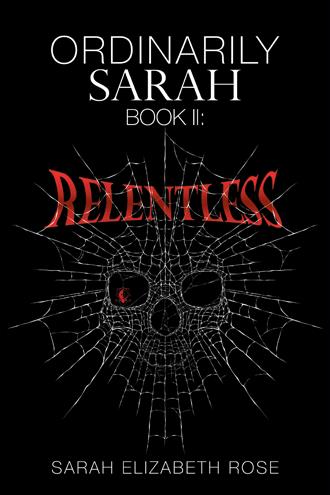 Ordinarily Sarah, Book II – Relentless has a prophetic word for the dark times our world is experiencing today. At its core, the book describes a real-life battle between good and evil as it presents itself in the life of one family.

Evil can cause great harm to us – even death – if we are not prepared to enter into battle with it. This book raises these questions:  How do we recognize evil, how can we prepare for battle against it, and how can we find God in the midst of it all.

Sarah is an Ordained Pastor in a mainline denomination.. She lives in the Midwest. Her story chronicles 20 years of trying to remove her daughter from a destructive cult. Threats have been made and "Death Prayers" have been prayed by cult leaders who wish to silence her. Therefore Sarah must keep her identity a secret. She uses a penname in order to protect herself and her family from harm.

3/19/20
Sarah, though semi retired, still works as a part time Ordained Pastor, Educator, Speaker, and Author. She is also the Founder and CEO of a Foundation that partners with Schools to help At Risk Kids. Her story chronicles 20 years of trying to remove her daughter from a destructive cult. During this 20 year period, threats from the cult leadership were constant, and "Death Prayers" were prayed daily by cult leaders who wished/still wish to silence her …, and members of her family as well. Sarah needs to keep her identity a secret. She uses a pen name in order to protect herself and her family from harm.