Striving for Justice and Social Change 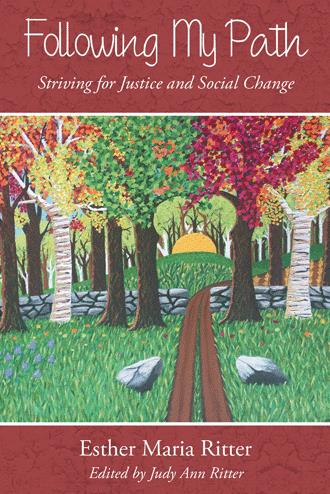 Going to Oaxaca Today I went to Oaxaca with Ray to meet with a group of indigenous women trying to form an organization that will help them. In Cuernavaca, the women learned to cut out the middleman and keep more of the profit for themselves. Today, I will explain how the Oaxacan women can create one too. I felt so useful and happy when I could contribute like this. Waiting for Ray, I could look between trees and buildings to the mountain range going toward the south over which we will be driving. I could even see El Popo when it was a bright day like today. Popo is short for Popocatépet, which comes from the Nahuatl words popokal (it smokes) and tepetl (mountain); this describes a volcano to perfection. Ray arrived and helped me into the front seat and stored my wheelchair in the back. As we ascended into the mountains, we saw peasants in the fields and their cattle loose along the road. The children tended the animals to prevent them from eating corn, beans, and squash. We observed one little boy yelling and waving his hands to scare a cow from entering the field. “Without fences, this is a steady job for the children,” Ray said. Many of the mountains had trees on them and often a cornfield with a hut on top of the hill. A herd of white goats roamed, grazing up and down the hill. Unfettered horses trotted along the roadside, and people rode others. Horses and burros are a primary form of transportation for the people. A little boy and girl rode bareback on a burro. “With all these people and animals on the side of the road,” I said, “it is important to drive with caution as we do in Wisconsin to avoid a deer unexpectedly jumping out on the road.” The road to Oaxaca was in a superior condition. “You don’t have to worry about frost here, so the pavement doesn’t deteriorate as it would in Wisconsin,” I said to Ray. “Yes, but the curvy roads, and climbing these mountain ranges is a challenge,” Ray answered. Here and there, we would travel through a village where churches were the main buildings. “What magnificent churches so high in these mountains,” I said. “Yes, a sign of how important religion is here in these mountainous areas,” Ray replied. At this time of the year in Mexico, everything was lush because it is the rainy season. Oaxaca reminded me of a European city with a central square and a bandstand where a military band played patriotic music. A few restaurants lined the street, and there was a hotel, from which poured native tunes. Shady trees and brilliant fragrant flowers spread across the square. The music coming from the hotel drew us inside to find a folk dancing presentation. A single young lady from the Jalisco region of Mexico danced. She wore a colorful dress with a wide circular skirt and decorative ribbon stripes of red, Mexican pink, yellow, and blue that formed a star. More of the colorful stripes decorated the bottom. She held the edge of her skirt and moved her hands back and forth with such grace that she created an exquisite rainbow effect as she stomped her feet and twirled. We met with a Base Christian Community in Oaxaca on a lake. A woman called the barefoot doctor was teaching the indigenous villagers about herbal medicines. Then, Ray announced me as the next speaker. “Esther has worked with a cooperative in Cuernavaca, and she will tell you how this idea could help you here.” “In Cuernavaca, the women formed a cooperative. They make and embroider clothing and directly sell them at farmer’s markets and festivals to earn a living,” I told them. “They combine their products and take turns selling at the market. Everyone gets the full price they charged,” I added, explaining, “They cut out the middleman. Why pay a chunk of the profit to someone else to sell your goods?” “The women used to live on near-starvation wages, but with this clothing cooperative organization, they are now earning enough to live in comfort.” These groups had the same interests I do since grassroots activism has been my life. The struggle for social justice and solidarity with people in other parts of the world like Mexico and Central America is my struggle too. On the way home, we stopped in Taxco, a little southwest of Cuernavaca, and best known for its silver mine. “Taxco reminds me of photographs I’ve seen of Mediterranean villages, like in Greece,” I said to Ray. “It is quite the tourist spot and internationally known,” Ray said. “People from around the world visit here.” White houses with red-tiled roofs dotted the mountainside, and cobblestone streets ran through many of the hamlets. In Taxco, we took a steep winding road up about five thousand feet to a fancy restaurant overlooking the city, where many American tourists dine. I thought it might be expensive, but we ate shredded beef simmered in a delicious sauce with rice and beans for five dollars each. We ate our meal overlooking the city. What a long and exhausting but inspiring day. Now I was ready for a good night’s sleep. When we arrived home, Ray carried me into the house. Sylvia and Louisa helped settle me in bed. The support I received from Ray and my Mexican family here was so life-affirming. Coming here to Mexico was the best decision I’d ever made.

This book is one of the most inspiring memoirs about living with ALS and helping others to find joy in difficult situations. In Following My Path, readers take a spiritual journey with Esther Maria Ritter, a social activist. She found hope as she watched the Nicaraguans fight to overcome obstacles and create a new nation with the help of the Sandinistas after the Somoza regime. If the Nicaraguans could have faith to overcome blockades, hurricanes, and issues with the Regan administration, she could find the strength to push through her battle with ALS and find joy in her life. Finding out that she had a terminal life-changing disease did not stop Esther's desire for social justice. In this inspiring story, you'll see how living with ALS helped Esther achieve her dreams and become an inspiration to others. If you are experiencing a crisis in your life, you will see how journaling can become a way to cope with those issues and live a life full of joy.

Esther Maria Ritter was born in Zürich, Switzerland, and in 1949, immigrated to the United States with her family at age six. An avid writer from an early age, she chronicled her life in diaries as a teenager and in journals throughout her adult life. Esther was a social activist with a heart for the people of Nicaragua. However, she knew that courage doesn't exist without fear. Esther put her life in God's hands, living with ALS for 20 years. She followed her dreams of helping others and found that they were inspiring her. As her hands weakened from her debilitating disease, she fought to create a journal of her experiences. Esther passed away on October 1, 2005.