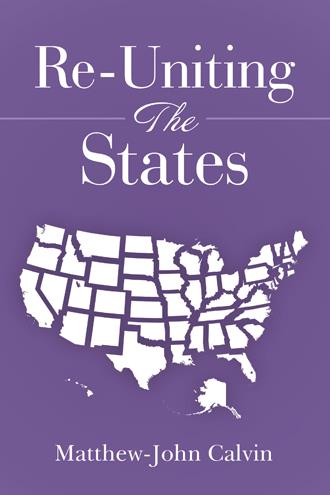 The nation we call America is a conservative country, in the best sense of that root word CONSERVE. An overwhelming majority of the citizens of the world’s leading democratic nation believe in God, duty to family, defence of freedom, self-sufficiency, hard work, the Christian ideal of caring for the poor, and the never-ending struggle to rise above the sinful nature of humanity. The deeply-divided condition that now bedevils America is a worrisome deviation from the principles that motivated a risky revolution to forge the world’s greatest democracy. When our Founders named this nation the United States of America, they truly believed that our people would always be united in our fundamental beliefs. John McCain (1936-2018) was a war hero, a respected Senator, and a formidable contender for President. He described the challenge succinctly in a speech in May 2017: “I’d like to see us recover our sense that we are more alike than different.” America’s national character includes a passionate dedication to individual liberty, which means no one is forced to believe in, or practice, the same principles of personal life that motivate the majority. This nation’s citizens are free to range from being apocalyptic survivalists who shun anything described as “progressive” to being godless hedonists who endanger their own lives with hazardous and excessive behavior – as long as they keep it to themselves and are not a burden on the taxpayers. The United States of America is a unique nation founded upon the principles that motivated millions of desperate, disadvantaged, and determined people to leave their old countries to start life anew in a land of opportunity where they believed they could worship God in their own way – without any interference by the coercive power of a monarch, dictator, or other form of government that denies the basic rights of individual citizens, and without being subject to the decrees of a Pope or Archbishop. The need to supervise and discipline anyone who exercises governmental authority is an essential American characteristic, but so is patriotic obedience to the rule of law. In Matthew 22:21, Jesus said, “Render therefore unto Caesar the things which are Caesar’s; and unto God the things that are God’s.” In Romans 13:1, “For there is no power but of God: the powers that be are ordained of God.” There can be no true liberty without a functioning civil authority, but keeping that civil power to a minimum – which includes fighting corruption and abuse of power, and resisting excessive or unfair taxation – is a never-ending struggle for defenders of democracy. America was established as a Christian country. Our Founders – and especially the Framers of the 1787 Constitution – all believed in God, and that the teachings and example of Jesus Christ provided the principles upon which democratic civilization must be based. Christian ideals drove these men. The Scriptures, most notably the Ten Commandments and the recorded words of Jesus Christ, were their foundation. Scriptural references do not appear in the Constitution because it went without saying in 1787 that these were – and always must be – the principles of America. Much of the enduring strength of America is due to the thinking of John Calvin, who delved deeply into the teachings of Jesus to set forth principles that became essential elements in the American Constitution. The separation of church and state – and the submission of citizens to the authority of their democratically-governed state – provided the Christian foundation for the believers who built the world’s most successful nation. Based on Calvin’s guidance to divide the powers of the state, the Constitution established three equal branches of government to provide the checks and balances that Calvin advocated: the Legislative (Congress, in two elements), the Executive (Presidency), and the Judiciary. Religious freedom was the strongly beating heart of the new nation. The Americans who risked their own lives to win the Revolutionary War – and then sat down to make their achievement as permanent as possible – were overwhelmingly Protestant Christians. In 1787, only about 1% of newly-independent Americans were Roman Catholics. While all Christian immigrants from Europe would be welcomed to help America grow and prosper as a nation, religious denominations would be constitutionally prohibited from having any established role in government. That is what the Bill of Rights, in the First Amendment to the Constitution says: “Congress shall make no law respecting an establishment of religion, or prohibiting the free exercise thereof.” Simply and clearly, a nation of Christian believers was protecting freedom of religion, not freedom from religion. The Bible-believing Protestants who created American democracy were seeking to ensure that no Pope or Archbishop or any other religious leader claiming superior authority could exercise any power over others through legislation or executive authority. It is dangerous liberal folly to read the Constitution as prohibiting any role for Christian principles in the governance of this nation. To do so would establish godless hedonism as the national religion! “Religion and morality are indispensable” The Founders and Framers understood the sinful nature of humanity. They focused their efforts on creating a system of democratic government that would limit, control, and self-correct the inevitable tendencies of mortal men to use government power corruptly, or in ways that are unrelated to the essential functions of the state. They assumed that most individuals would find their personal discipline through the version of Christian faith that each citizen chose to follow. They believed that Christianity, as a force of moral and ethical guidance, would flourish at the grassroots level if it were totally free from top-down authority. The Scriptures would provide the constitutional foundation for individual Americans, while a non-Scriptural Constitution would define and regulate the structures of democracy. The institutions of government would be strictly secular, but their effectiveness would arise from the honesty and commitment of the vast majority of America’s first citizens – people overwhelmingly influenced by Christian principles. George Washington put it succinctly in his Farewell Address in 1796, in which he stated that “religion and morality are indispensable” to what he called “political prosperity”.

Ever since the election of the morally challenged Bill Clinton in 1992, extreme elements in both political parties have been driving deep wedges into America. Re-Uniting The States explains the most troubling issues that are dividing Americans, and charts a path to moderation, compromise, and agreement that will restore bipartisan harmony and fulfill the vision of the brave Christians who won independence for America and gave us a world-leading structure of democratic government. Our revolutionary Founders and our visionary Framers of the Constitution relied upon proven Christian principles, and author Matthew-John Calvin shows us how we can learn from their original concepts to guide America securely onto the safe middle of the political road that they originally charted for our blessed nation. Re-Uniting The States also expresses concern about the extent of political and judicial power being exercised by Roman Catholics and Jews. All should bear in mind the wise words of Abraham Lincoln: “We should be too big to take offence and too noble to give it.” The Founders of this nation and the Framers of the Constitution were firmly committed to advancing Protestant Christian principles, but they were equally determined to welcome to America persons of all faiths and beliefs, so long as they understand and support the values that are the foundation of America.

Matthew-John Calvin is a retired newspaper editor who dedicated his long career to a small midwestern city, serving his readers with his deep knowledge of history and his persistent commitment to applying the lessons of this nation’s Founders and Constitutional Framers. He was always holding public officials to account and resourcefully marshaling community resources to resolve many challenges without the heavy hand of government. He has been known to preach when invited; his favorite lesson focuses on the Parable of the Talents.