Out in the Pulpit 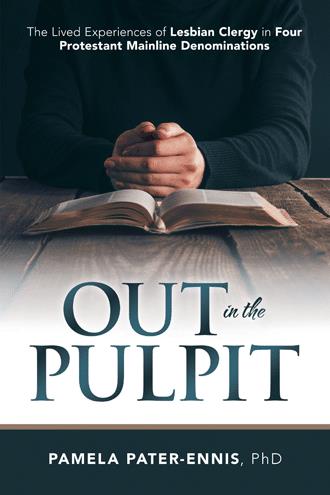 This study examines the perceptions that the lesbian clergy have of their many identities, providing insight into their journey toward integration of their religious, sexual, and spiritual self-identities. It explores the interplay between their experiences as lesbian clergy through the lens of ecological theory (Gitterman & Germain, 2008) and homophobic oppression concepts (Dominelli, 2002). Utilizing a qualitative approach, this study contributes to the social work literature through extended interviewing of 11 lesbian clergy and 2 seminarians from four denominations. Further, this study explores their progress in achieving an integration and reconciliation of their religious, sexual, spiritual, and clergy social identities (Tajfel & Turner, 1979). It serves as both an academic exercise in theoretically understanding their journey, as well as a social justice commentary on the oppression they suffered as a result of prejudice and misunderstanding within their religious institutions. As such, the study blends social theory (ecological, anti-oppressive, and social identity theory) with Christian theology, exploring the research participants’ experiences of denominational and congregational hetero-normative policies and beliefs within the context of their ongoing experiences of oppression and how they found or did not find ecological fit (Bronfenbrenner, 1979; Gitterman & Germain, 2008) within their families, congregations, and denominations. Stages of the Journey In reviewing the narratives, the author found that the women shared a similar journey in terms of the sequence of their spiritual and professional development. Each of these women moved through these various stages of identities in a sequential manner. Thus, one stage of identity gave rise to another identity, all within the context of environmental and personality factors. Movement through the continuum was driven primarily by the growing awareness of their lack of fit with the restraints of their conservative upbringing. In essence, movement from one identity stage to another identify stage was defined by: 1) the awareness of a lack of fit and experiences of oppression; and 2) the individual’s emotional ability to individuate and to define herself during a life crisis, i.e., how she was able to maintain her sense of worth and self while navigating her way through various denominational affiliations. Seven unique stages were identified: (1) each woman began her journey having internalized the conservative religious identities born out of the homophobic policies of her individual denomination of childhood; (2) after the early religious identities, many (but not all) of the women experienced a stage of strong spiritual development in adolescence or early adulthood, adopting a sense of spiritualism that lay outside the orthodox teachings of their denominations; (3) following their self-identification as being spiritual, their sexual identity as lesbians or as bi-sexuals emerged; (4) after the women came out to themselves and to others as lesbians, the women went through a stage in which their religious identities became integrated with their sexual identities; (5) the women were able to recognize their calls to ministry, as a religious formation process, and went through their processes of seminary training, ordination, and employment ; (6) for the women who left the ministry, there was a interim temporary or permanent stage in which spiritual identity became primary; and (7) after becoming ordained clergy, some of the women appear to have moved towards an integration of their spiritual, religious, and clergy identities within a context of lesbianism. While their spiritual identity remained constant, it is important to note that their denominational identities changed at various developmental stages: generally before and during the coming out process; at the point of reworking their religious identities; during seminary; during the ordination process; and/or during the employment process after ordination. In summary, the five major findings pertaining to this lesbian clergy identity development, which are detailed below, were: (1) with the exception of one woman (Naomi), no matter what age the women came out, their Early Religious Identities preceded their Sexual Identities; (2) the first spiritual identity stage was a replacement for church for the women who had left their religious identities and a place to come out with the perception of less guilt; (3) for seven of the women, they perceived that their coming out ages were delayed by their experiences of their Early Religious Identities (Ruth, Hannah, Eve, Martha, Rebecca, Naomi, and Leah); (4) the coming out age was influenced by the interplay of each woman’s unique experiences of fit and oppression; (5) the ability to go to seminary and become ordained was preceded by a reconciliation of their religious and sexual identities; (6) the second spiritual stage was again a replacement for church for the two (Naomi and Mary) who left church due to their ongoing experiences of institutional oppression; and (7) the highest level of functioning for clergy is marked by being out to their denominations and by involvement in social justice work.

Lesbian clergy today face a multiplicity of challenging issues. In Out in the Pulpit, author Dr. Pamela Pater-Ennis utilizes the intersecting concepts found in social work and theology as an interpretive framework to dissect and discuss these issues. Pater-Ennis addresses the questions of the theoretical constructs of the social identity theory, ecological theory, and the anti-oppressive theory. She’s compiled the data from interviews, utilizing modified grounded theory and listening guide methodologies to give “voice” to the lesbian clergy and the challenges they faced because of their religious, spiritual, and sexual identities. Out in the Pulpit, a qualitative study, offers new insights into the current debate about the inclusion or exclusion of lesbian clergy in four Protestant, mainline denominations: The Reformed Church in America, the Evangelical Lutheran Church in America, the Presbyterian Church in the United States, and the United Church of Christ. While lesbian clergy remain marginalized in each of these denominations, this study reveals the positive contributions made to the church and society by those who remain active in their denominations and utilize their abilities to benefit their congregations. It is an encouraging book of redemption for lesbians and their allies who have struggled to find their place in the church.