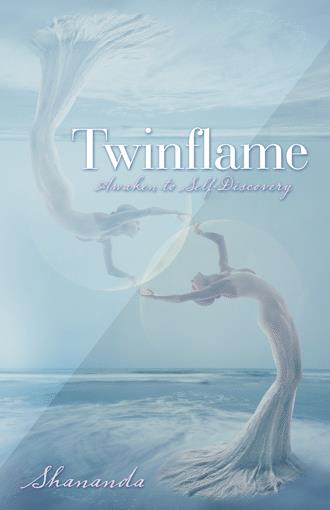 Once inside, Bill tossed my purse at the couch. It hit the armrest and flew open, discharging everything inside. I ran over to gather it all up while he stood in the doorway of the kitchen and laughed. I looked inside to make sure that all the contents were safely back where they belonged. At the same time, both of us focused on the same thing: a small pink package on the floor under the edge of the coffee table. I rescued it, but as I was putting it back into its safe place, Bill snatched it out of my hands. His face grew hard as he stared at the small package. “What the hell is this?” He opened the package to find some of the pills missing. This added to his rage. “I don’t fucking believe this! You’ve been doing this behind my back!” “Bullshit! I haven’t exactly been keeping it a secret. If you remember, we discussed it on the plane. I told you I was going to do it,” I nervously explained. “You were upset! I thought you were just ranting! What is Father Flanders going to say!” He replied furiously. “I’m not going to buy into this, Bill. I don’t care what Father Flanders has to say about this! I am sure he’ll be rather upset with you and your little tantrums before he’ll say anything about me being on the pill! Hell, he will probably be grateful that I am!” I defiantly stood my ground. “You wouldn’t dare!” he retorted. “The hell I won’t!” I said. In slow motion, I saw Bill’s hand move from his side. In my head, I knew I had better get the hell out of there. I couldn’t move. It was as though my feet were nailed to floor. I woke up on the floor. My face ached. I leaned on the couch for assistance as I pulled myself up. I sat on the edge of the couch, looking around the room. It was trashed. Everything was knocked over. After a moment, I realized I was rubbing my throat. I picked up my purse and pulled out my compact to inspect for damage. Staring into the mirror, the whole scene flooded back into memory. Bill exploding like a bomb. The last thing I remember was passing out with his hands around my throat. Well, I guess that explains the fingerprints. My face was bruised around my eyes and mouth. I weakly got up and went to the bathroom to clean the blood from my mouth. My eyes flinched from the daylight. Shit, how long was I out? I looked at the clock: 9:30 a.m.! “Shit!” The doorbell rang. Who in the hell is that? “Who is it?” I squeaked out. The pit of my stomach went into a massive butterfly surge. “Richard,” a voice said. Oh Jesus! Not now! “Richard, I don’t think Bill is here. He should be at the office.” I barely yelled at the door. My throat ached horribly. “No, he hasn’t shown up for work this morning. I needed to get his John Hancock on some paperwork. His clients are waiting in his office. I’m told this isn’t like him. May I come in? It’s difficult speaking through the door.” “I’m sorry. Please give me a minute.” I grabbed some tissue, moistened it with spit, and cleaned around my mouth. Well, there’s no hiding a fat lip. I pulled my sunglasses from my purse to cover my eyes and buttoned my shirt around my neck. I tried to pull myself together as I stumbled for the door, kicking the little pink packet across the room. I opened the door, peeked from behind it just enough to block him from entering, shaded my sore eyes with my hand, and blinked in the sunlight. I pretended to adjust the glasses to cover my face. “Hi, Richard. I don’t know where Bill is.” It was all I could do to keep from dropping to my knees. “I didn’t see him leave this morning. I assumed that he headed for the office. As you can see, his car isn’t in the garage. Sorry, I can’t help you.” Richard’s face went pale. I lowered my face so that he wouldn’t stare. “Kate, are … are … you don’t look well. Are you okay?” He stepped closer. “Yes, I’m fine.” I moved behind the door a bit more to keep him at bay. “I don’t mean to intrude.” He touched my face softly. I almost burst into tears. My voice softened. “Thank you for your concern. I’ll be fine. Really.” I wanted to melt into his arms. I couldn’t understand what had come over me. I had never felt that way before. Richard’s deep brown eyes penetrated mine as though I didn’t have the sunglasses on, right into my soul. I felt that flutter again, but this time, it was my heart. I thought I was going to swoon like in those romance novels. I finally said, “Really, I’ll be okay. Do you want me to tell Bill you’re looking for him?” “No!” He blurted out in anger. Realizing his tone, he answered a bit more calmly, “I mean, no. I’ll find him. Don’t you worry yourself. I’ll take care of this! Thanks … and try to have a good day.” He headed for his bike, but just short of reaching it, he stopped and spun around on his heel. “I don’t mean to sound forward, but if you need anything.” He cleared his throat. “I mean, please call me if you do.” His head dropped, and he spoke harshly while his hands gripped the handlebars of the bike. “My secretary has my number.” Using the door to hold me up, I answered, knowing he could not hear me, “Thank you. I will.” I watched as he drove away. I held onto the door with my life, staring at this wonderment who just left my driveway.

“Shananda has encompassed beautifully my beliefs about our lives and our capacity as energetic beings on earth. By capturing it through her powerful story, the reader can resonate and potentially alter their existing perspective.” –Toni Reilly founder of www.tonireillyinstitute.com; Teacher, SoulLife® Recall Therapy. “What a beautifully written journey of one souls adventure to discover the wounds of the soul. There is so much wisdom in the wounds when we are open to see what is revealed to us. When we understand how each person plays a role in our lives and how they are only characters in our play, we are able to understand the lesson to be learned. And when we understand the wisdom in the wounds, we can heal the past. And by healing the past we are also healing the future which improves our current life.” –Shay Sisler, Past life Regressionist, Las Vegas, Nevada.