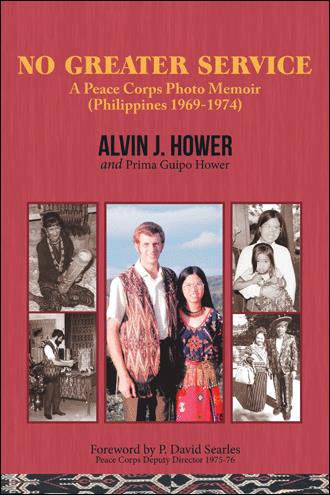 I had never written a journal. Nor had I been to a former nudist camp. Nor been assessed by a psychologist. I did all three when I flew to the west coast for the first time to start my Peace Corps Training. Almost daily, between the lined pages of a thirty-five cents Stenographer’s Note Book, I faithfully recorded in detail the happenings from the day I left home in Bethlehem, Pennsylvania until two weeks before my first day of teaching in a foreign land. I’m glad I did. It’s the main reason you are holding this book in your hand. “Tuesday, March 11, 1969: An entirely new world opened up today! I am going to Escondido, California, to start my Peace Corps Training at a former nudist camp. Today is the first time I flew in an airplane…During the first day of orientation I met with a psychologist, was referred to another psychologist who asked me to return for a second interview.” …the first week of training in Cotabato City, sick with diarrhea (and having only two bathrooms for the entire hotel at Castro’s Place where we were billeted for a month), I was profoundly depressed by the sight of children bathing in the polluted Rio Grande river, children playing near open sewers, abject poverty all around, bedbug-ridden mattresses, rats, the repulsive smell of fried dried fish. Five days in the Philippines and I was ready to quit! …Just before sunset one day, lost in my thoughts and walking alone on the white sandy beach staring at the waves lapping at my bare feet, I embarked on a very serious discussion and debate with myself – to leave or to stay. When that failed to affect an acceptable result, I resorted to talking to a supreme being to send me a sign. I looked up. There on the shores of Bongo Island, I saw an apparition: a little Muslim boy about five years old, with a tan the envy of us all fair-skinned volunteers; his bare chest showing a faint outline of three ribs protruding above his slightly bulging belly. The sun was behind him making his face indiscernible through the lens of my camera. He was holding a piece of wood. A string was tied to the wood at the end of which a wooden tugboat bobbed with the gentle waves of the clear, serene, blue ocean waters of Moro Gulf. The toy boat was meticulously and intricately hand carved to precise scale. The omen I was hoping for. …Back at Castro’s Place on Monday, I did not seek out Keith. I decided that if I terminated my contract with Peace Corps now I would only contribute to the dead inertia of the world. As Peace Corps Volunteers, we may not deliver solutions to the abject poverty, the open sewer, and the stark inequality of wealth distribution but at least we could try. If for no one else, we could do it for the sake of the children. …I served as a Peace Corps Volunteer for five and a half years in the Philippines. My first assignment (1969-1971) was to teach for four semesters, the second (1971-1973) was as a community development worker…for the last twenty months, I re-enrolled and moved to the hinterlands of Lake Sebu, Surallah, to work in a Catholic mission called Santa Cruz. It served the indigenous tribes of the province; particularly the T’boli people whose sad plight was featured in the August 1971 issue of National Geographic Magazine. … Dear Joyce, Earl and all...I called Fr. James at the convento. He just came from the prison and asked me to meet him there to take a sick prisoner to the hospital. I got on my bike and rushed over to the prison. On arrival someone shouted across to the guard, “He’s dead!” I went inside to find the man I described above, lifeless on his filthy mat. Do you recall seeing pictures of India or South Vietnam or Biafra of a starving man? This was the picture I saw. His ribs sticking out, the stomach flattened against the spine, with the pelvic bones sticking out like mountains protruding from flat land. A man in a fetal position lying on his side with his arms crossed over his chest and hands holding his shoulders. His eyes were still open as though he died zapped of the strength to close them. He didn’t have much care in the end. He was just lying on a mat and hadn’t been taken out for going to the toilet so he was just lying in his own crap. He had no pants and only a dirty rag for a shirt. The smell was terrible and the sight even worse. …One day, a little boy about seven came to the Silway Nutrition Center with his mother. He held his right arm tightly across his belly just below his chest like it was glued on to his tattered shirt. He sat at the table with the other kids and when his bowl of oatmeal arrived, he clumsily picked up his spoon and slowly scooped his food to his mouth with his left hand. I could tell he was right-handed and quite hungry…Examination revealed that the boy had broken his arm by his elbow a few months prior, and that his bone was sticking out of his skin. The doctor pulled the broken and detached bone from his arm declaring the bone dead and useless. We sent him to an orthopedic surgeon in Davao who promptly repaired his arm. … I really love being a Peace Corps volunteer and very proud of the work we do. Peace Corps has done a lot for me in terms of showing me that the American way of doing things is not the only way, nor always the better way. It is humbling. And that the trappings of wealth is not always the answer to happiness; a simple way of life can be a source of utter joy and fulfillment.

March 1, 2021, Peace Corps turns sixty. Its mission—to teach a skill and to spread the Peace Corps brand of goodwill around the world—still resonates. In No Greater Service, author Alvin J. Hower highlights its relevance yesterday, today, and the years to come. This memoir offers a stirring, personal, vivid, and action-packed account of a Peace Corps volunteer’s remarkable life in the underserved areas of the southern Philippines. With curiosity, empathy, and wry humor, Hower creates a distinct Peace Corps photo memoir. An avid photographer, he produced more than 5,000 images of everyday people and the awe-inspiring beauty of a nation of 7,641 islands. He was a teacher and social worker in General Santos City, and a management consultant for a mission school in the remote mountains of Lake Sebu, Surallah, working and living with the indigenous T’boli people featured in the August 1971 National Geographic Magazine. No Greater Service also serves as a history of his host country, providing information about its complex customs and traditions as well as the notable stories of Filipinos he met and their fascinating updates fifty years later. At times hilarious, others sad and grim, it also shares a love story of his romantic alliance with a Filipina girl.

Alvin J. Hower and his wife, Prima, are 2019 Empowerment Awardee for Outstanding International Community Service to the Filipino-American Community. He served as a Peace Corps volunteer in the Philippines for five-and-a-half years. He and Prima created The Hower-Bates Library Network in 2004, a network that has sent more than 50,000 books to thirty libraries in Luzon, Visayas, and Mindanao. Hower has two children and three grandchildren. This is his debut book.