The Case against Adam, Eve, and the Serpent 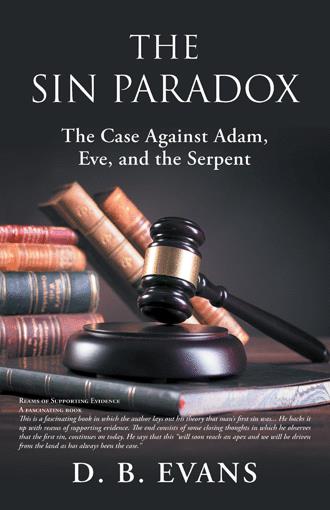 The case against Adam, Eve and the Serpent will be presented in four parts with a fifth section of final thoughts on the subject. The first section will be a simple statement of those involved and related points. It is a short section and serves merely to remind the reader of some of the simple, basic points. The second section will have the first section restated with more of the relative elements added in. The third section will be all the details of the case, basically the trial. The fourth section will be closing arguments. Included in this section will be how this all relates to and permeates both the Old and New Testaments and society in general. In the end, you are the jury, the judge of the evidence. Not of guilt or innocence of those involved, but whether the evidence which will be presented points to the actual crime committed. Do I make a solid case? The fifth and final section has some closing thoughts which relate to the conclusions of this thesis. I have expressed this thesis to several fairly knowledgeable people. Some have flat out said no to the theory. Their reason, they just could not or would not believe it. No evidence, no argument, they could not bring themselves to believe this concept. Some just did not understand what I was presenting. However, there were some who picked up on it right away and fully agreed with the premise. There was one who adamantly disagreed, just could not believe it. The person completely changed their mind when I asked why it was so unbelievable. The individual said, "I just cannot believe it because it is the most horrible thing anyone...."; at that point the person stopped talking, looked at me and said, "you may be right". I smiled and nodded my head. So, I present the case with all the details and facts. Again, I ask for you to withhold judgment until the very end. This book will seek to answer those questions mentioned and more as it works to reconstruct the crime and explain what took place. To do this, a great many fluffy platitudes will need to be stripped away. Some of these are well known such as: “They disobeyed God”, or “they ate the fruit”, "they ate the apple", “they were tempted”, “they listened to the serpent” and so on. These may be true in a sense, but they and others are mostly just shallow conclusions and statements which never get to the heart of the matter, the underlying question, "what did they actually do?". The different aspects of the crime will be presented. The Commands of God, the disobedience, the punishments, the continuing parallels or "types" which permeate the rest of the Bible will all be presented. It is only through these and other elements can the crime be reconstructed. The perpetrators are already known, their initial punishments are known but not very well understood. What is not known is what did they do to incur the death penalty.

What if Adam, Eve, death, murder, debt, wars, and even the last days of Jesus were all part of a common biblical pattern? Have you ever asked why God did something a certain way? In The Sin Paradox, author D. B. Evans shares his revelatory answers to a number of important questions he asked to God—who late one night answered him in a whispered word. What did Adam and Eve do? What kind of fruit did they eat? Why did Satan take the form of a serpent? Why did Satan do it? Why did Jesus have to die? Why did he have to die the way he did? Why did the last days of Jesus’s life play out the way they did? How does the sinful act of Adam and Eve permeate all of subsequent human existence and actions, such as wars, debt, greed, and all the other sins humankind experiences? Could the sin committed in Eden still be happening today? What if all these questions could be answered within a common biblical thread? The Sin Paradox provides a case against Adam, Eve, and the Serpent—not of guilt or innocence of those involved, but of whether the evidence points to the actual crime they committed.

D. B. Evans has an eclectic background, with a bachelor’s degree in theology and a master’s in ministry from Freedom Bible College and Seminary. Evans has studied writing in a variety of styles and formats, and he has written many essays and theses on a wide range of theological topics. Evans is an Eagle Scout and is a lifetime member of the National Eagle Scout Association. He has been performing magic for over thirty years and is a member of the International Brotherhood of Magicians and the Society of American Magicians. He uses these performance elements as visual aids to teach different points of scripture and faith.