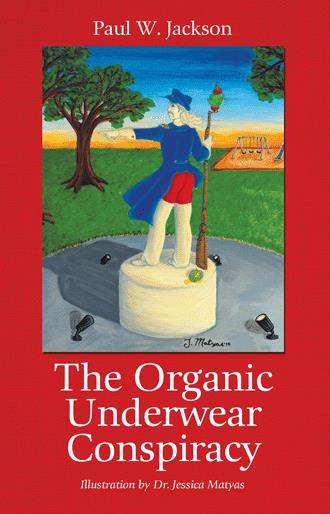 Retching, Garit moved away from the pit. He held his camera high above his head as he slid down the dirt pile. He walked in the direction of the weeping. His legs were heavy and slow to respond, and he felt as if the blood in his heart was too thick to let his legs overcome the weight of the scene he'd witnessed. On the other side of the driveway, under a grand, 200-year-old Sugar Maple, was Noah. He squatted on the ground in the shade, his back against the tree and his arms around his knees, rocking back and forth. Swells of grief rose and receded like milk pumped and sucked from a milking claw into the dairy pipeline. Garit snapped a few frames, hesitant to come too close. Finally, he crept closer, and as he approached, he heard Noah repeating the same word – the only one that had been in his mind. “Why?” Garit kept moving, unnoticed by anyone, though he was in plain sight. The camera was like a part of his hands, and he squeezed the shutter release again and again and again. He walked, dazed, fighting his urge to throw up, toward Noah, unsure of what to do when he got there. But then, from somewhere Garit could not tell, came Coney. He boldly approached Noah, who stopped rocking and sobbing long enough to look up. Then he burst out in a fresh wave of grief and torment, sobbing inconsolably like typhoon waves, merciless against a weakening earthen wall hastily built. Garit kept approaching, unseen or ignored by the two men. His camera shutter opened and shut, opened and shut, opened and shut as Coney dropped to his knees at Noah's side. A cloud crossed the sun, and Garit instinctively adjusted the camera's f-stops. Coney stretched his weathered arms around both sides of the weeping man, his work-toned muscles hard as sanded hickory in the filtered sunlight. Noah reached his right arm up from the elbow and gripped Coney's wrist, and they both slumped under their weighted burdens, weeping loudly. The camera shutter opened and shut, catching tears falling to earth and crashing like fists into a soft, unprotected belly. The men rocked together, silent but for the anguish pouring from their noses and eyes and mouths. Garit came closer, still shooting, his own eyes foggy from tears and sympathy and brutality. Coney rose slowly, like a flame growing above a wick, and sat back down on the ground next to Noah, one arm across his shoulder. “I had to do it, didn't I?” Noah blubbered, finally. “I couldn't live with myself if people were getting sick because of my cows, could I? Coney remained silent. “I'm a farmer. I have responsibilities,” Noah said. “I couldn't take the chance. A cow's life or a human's? What have we been taught all our lives, Coney? Humans are more important, right? Made in God's own image? Isn't that the truth?” Coney wiped his eyes. “Everyone I know understands that a human life is worth more than an animal's life,” Coney said. “Anyone would have done the same as you did if they had to make the choice.” “I had to do it,” Noah said, his back straightening slightly from his haunches. “I had no choice. Even if it means I'm out of business, it was the right thing to do.”

When a farm boy paints graffiti on the town founder’s statue, it triggers political forces that lead down a dark path into corruption, greed, animal rights terrorism, and ultimately, redemption.

Author: Paul W. Jackson is editor emeritus of Michigan Farm News and a nationally recognized award-winning writer. This is his first novel. Artist: Dr. Matyas is a neuroscience researcher, studying pain after traumatic injury, who also enjoys integrating her love of science with her love of art.