The Story of the Pioneer Youth Corps

by William Lay & With Catherine Lay 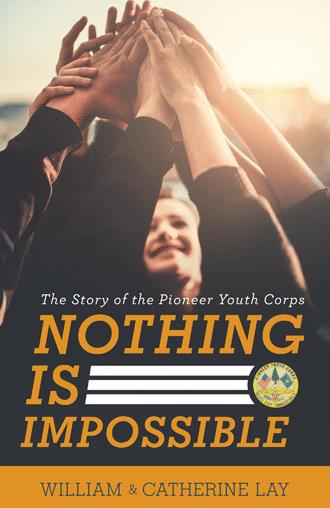 About ten of us stood in a line on a small parking lot behind the recreation hall. It was summer and it was hot. This was new experience for most of us and we were a little nervous but of course none of us were going to admit it. We were all residents of a school for delinquent youth just outside New York City. It was 1964 and I had been sent here by the New York City Juvenile Services after appearing in court with my parents to answer for a number of offenses ranging from truancy, to theft and vandalism. The original plan for me was a year in a juvenile detention facility upstate New York but due to the effort of my parents, mostly my stepmother, I was sent to this place.

This the story of a very unique type of youth program that serves middle and high school students for over twenty-five years in Lane County, Oregon. It is the story of a military academy with a social services mission.

William and Catherine both hold Masters degrees from the U of O, are currently retired and live in Washington State.