by Gary A James 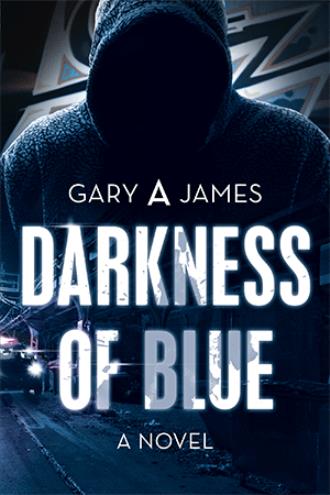 Myles peered through the crystal covered glass of the cruiser windshield, as the mid-morning frost of November formed the first transparent designs of winter. He was on-duty and parked outside a high school entrance. For the most, his eyes were deep in his thoughts, as a vivid flashback took Myles to a real event, which happened more than a decade prior…. Myles shouted with hoisted gun, and with barrel trained on subject in BMW. “Step out of the car with your hands behind your head.” Putting his academy training to use, Myles watched intensely for that sudden move. With gun still trained on the unidentified person, Myles stood cautiously at 20 feet from behind driver's door. The unidentified person obeyed the police's order without thought. “Okay, I'm stepping out with my hands on my head. I don't know why I'm being singled out!?” “You were given a simple instruction, sir. You can save the questions for later,” said Myles, also taking notice of the travel bag over the man's shoulder. “I'll have your license and registration. And keep your hands where I could see them.” The unidentified person was beyond officer's reach. Trying to be discreet in his every movement, the man lifted the travel bag from his shoulder. “They're in this bag.” “Take them out, and hand them to me,” said Myles, while maintaining a safe distance between them. Fidgeted over that nerve wrecking experience, the man pulled the identification out with a jerk. The subject lost his grip of the card and shuffled in his attempts to catch it. Seeing this, Myles barked, “Don't move….” A sudden bang on the driver door snapped Myles out of his moment of deep retrospection. Rattled, Myles looked up at the figure standing by the door of his cruiser. He recognized it to be his friend, and fellow officer, Thompson Ford. Thompson knocked again on the window to get Myles’ attention. “Are you in there?? Hey!?” Myles gathered his senses and let down his window. “I'm here.” “I thought we lost you in there. Are you ready? Maybe I should give you a rundown over our reasons for being here….” “I know why we're here. I'm ready. Let's go.”

Darkness of Blue brings the reader into the world of crime, gang violence, and police corruption. Somewhere between worlds that are subject to controversy and debate, Detective Myles Konrad finds himself a prisoner of his past. A decision was carried out where an innocent civilian lost his life. In this story, Konrad retraces his steps to that one incident in hopes of gaining clarity and the peace of mind. Along the way, Konrad has interesting and dangerous encounters. Throughout this novel, readers will see a commitment to truth, heroism, and friendships, then corruption, betrayal, and racism.

As a Canadian author living in Brampton, Gary is a frequent writer as a professional freelancer, short fiction writer, and novelist. As an omnivorous reader, he is a lover of reality and suspense fiction. Gary has done voluntary work where he has engaged the youth in his community from churches, to the homes, and even to the prisons.