Tale of the Crawdad 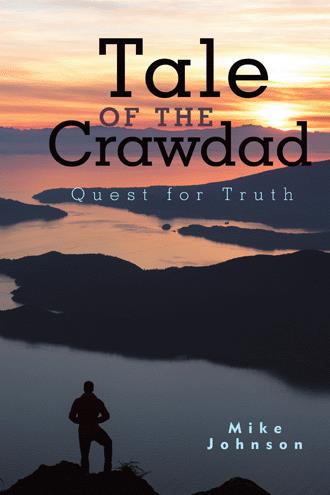 When the alarm sounded at midnight, I became acutely aware that something was wrong even before my aching muscles were flexible enough to get me into action. I lay there in the mental twilight between awake and asleep for a moment watching the eerie orange light flicker on the cabin windows until my reflexes snapped me into an upright position. Off toward the mountains along the distant shoreline, I could see what appeared to be a giant bonfire, and its brilliant reflection painted a silvery highway on the surface of the ocean to a point less than a mile off the port bow. My first thought was that it must be a fire on the beach along the coastline, but on closer scrutiny, the size and color of the flaming mass assured me it was a lot more sinister that that. There could be no doubt about its source: a burning boat. I suddenly realized that her unlucky crew needed help in a hell of a hurry. I quickly jumped out of the sleeping bag, jerked Crawdad off autopilot, and steered for the fire – hoping against hope that the crew of this ill-fated craft hadn’t been seriously burned. Twenty-seven years downstream from South Pacific jungle warfare during WWII, I still had visions of running, screaming, blackened bodies hit by burning gelatin from flame-throwers that were literally human funeral pyres running to death. As I came closer to the firestorm, I could see orange flames shooting out of the hull and cabins; black smoke permeated the air for hundreds of yards downwind of the sinking craft. I steered upwind of the billowing cloud and closed in to get a better look at conditions, while at the same time staying out of danger of being engulfed by the cloud of oily smoke in the shifting winds. Fifty yards from the center of this inferno, I could see it had been a fish boat a little larger than Crawdad. I could also see that a fuel tank had exploded, wiping out the hull planking on the port side and blowing the aft deck to kingdom come. I turned on the deck flood lights and hovered close to the sinking vessel, searching in vain for signs of life on board and in the burning fuel that spread out on the water. Not a sign of living or dead. After what seemed an eternity, the boat settled deep at the stern, rolled over on her side, and in a death groan slowly sank, stern first. As the bow came up towards the sky for her final plunge into oblivion, a wild hissing of fire meeting water could be heard for miles – then she slipped silently into the blackness of the sea. Before she disappeared forever into her saltwater grave, I caught the name on her bow: El Jefe! A deathly calm hung over the spot while I watched the last breath of El Jefe expire in a final cauldron of bubbles in the dying fuel fire spread out on the surface. In the quiet aftermath, I reckoned the impact of Jefe’s terrible ending upon Josue back in Ensenada and wondered if this would also be the end of his dream – or would he, in his devious and dedicated way, proclaim himself again sometime in the future to be “the best capitan in all Mexico”. No signs of life existed as I circled the area in an ever-widening search pattern. Neither was any flotsam that remotely resembled a burned body visible. I could only assume that all hands had gone down with the ship. I knew what I had to do: call the Coast Guard by radio, make a preliminary report, then continue the search until all possibilities had been exhausted. I kicked Crawdad out of gear and left the flood lights on so I’d be visible to anyone who might still be alive in the water. Before I had time to set up the radio frequency and turn on the transmitter for my call, I thought I felt a soft bump against Crawdad’s hull. Boats are sensitive to any kind of disturbance when in relatively calm waters. I stood quietly for a moment to listen for sounds that might indicate a survivor trying to get aboard. After a few seconds of quiet listening, I felt no further movement nor did I hear any suspicious sounds. I decided that floating debris had drifted against the hull and was just ready to switch on the radio and make my call when I felt what seemed to be careful footsteps out on deck. In spite of all logic, a momentary sensation of fear swept over me. I was turning toward the cabin door to check it out when I felt something very hard and very cold on the back of my neck. Then the voice. “Get yer hands up where I can see ‘em, an’ don’t touch that friggin’ radio or I’ll blow you right through the goddam bulkhead!” The intruder circled around me in the cabin and I could see he was a big ugly mother and much too fat to be a good seaman. With his glassy eyes and wet, matted hair, he looked a lot like a stimulated gorilla in mating season. He was holding what appeared to be a .38 revolver at the ready.

After retiring from a long career in the corporate world, Mike Johnson was searching for freedom—liberation from the dredges a civilized society imposes on unsuspecting victims. For two years, he enjoyed his newfound freedom, first searching for then rebuilding an aging North Sea tuna trawler into his own personal yacht. Johnson spent his lazy days of freedom as the skipper of his own boat, the Crawdad. During this reprieve from the corporate rat race, he met many interesting characters but none so interesting—or deadly—as the men who stole onto the Crawdad in the middle of the night in the middle of the Gulf of Mexico. Returning to the States after a sojourn in Ensenada, Mexico, Johnson encountered a burning boat. Searching for survivors, he discovered his own freedom was at stake when one of them snuck aboard the Crawdad and, with his .38 pointed at Johnson’s head, ordered him to turn around and look for his cohorts in a drug deal gone awry. For nearly a week, Johnson hovered between threats of death and the need for him to help the hijackers return to California with their junk in tow. During this time, he got to know each of the hijackers on a near-intimate basis. Each was searching for his own truth. Johnson had to use his wits to ensure he survived this dangerous adventure. In Tale of The Crawdad, Johnson shares his story, discovering his own truth about survival and freedom.

Mike Johnson began life as a sheepherder in Southern Idaho but became a world traveler thanks to the US Navy and his career with Douglas Aircraft. An aerospace design engineer scientist, he worked with many of this nation’s early astronauts. After retiring from McDonnell Douglas, Johnson became an advocate for senior citizens. He resided with his fourth wife of twenty-six years when he died on Christmas Eve in 2001 at the age of eighty-five.