Shopping with a Schizophrenic 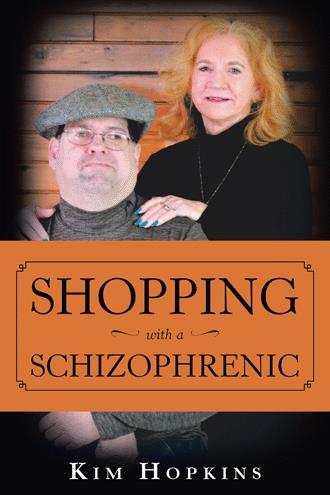 Chapter 1 CHRISTMAS SHOPPING On this particular day, we are shopping for Cory’s Christmas present. Cory is disabled—an unfortunate side effect of his brain surgery. He went in, a physically healthy adult male, but came out with right-sided paralysis, aphasia, and blindness in the left eye and central vision only in the right. He does not drive, and his pleasures revolve around watching sports and listening to music. Therefore, over the years, he has acquired a rather impressive electronic haven. Cory is now forty-eight years old. Biologically. One of his diagnoses—added on after the brain surgery—was “developmentally delayed.” But this was not a result of his surgery, as he could have been diagnosed as such during his teen years. But what is that, really? Developmentally delayed? He was taking college courses, some of which he did well in, others he didn’t, and yet others, he flunked; all standard-seeming behavior for a person of his age, with his disadvantages. It was his emotional development that was lacking. His maturity level was that of a pre-teen Cory insists that his old receiver in this electronic haven has broken and it’s the fault of that particular receiver that several of his speakers are malfunctioning. His electronic haven consists of many units attached to this receiver, such that a corded nightmare snarls the entire posterior of this setup. I have then, in good faith, ordered another receiver for his Christmas present and referred the switch out to his younger brother, Brandon. Brandon then informs me that the receiver I bought does not have enough intake portals to accommodate all that he needs to have. This series of events is what has brought us to Best Buy, seeking another solution. Cory emerged from brain surgery twenty-four years prior, unable to speak, essentially having suffered a major stroke. He has regained the ability to talk, but does so with a slur, and still has some trouble finding the right words. This fact however, does not slow him down. It does become problematic for those not used to his speech, or the train that carries his thoughts, a train that often switches tracks that only he and those familiar with him can follow. By this point, I’ve recognized that I was under the mistaken notion that we are at Best by to find another receiver, but Cory has an associate cornered in the CD department, looking for a portable CD player. “I thought we were looking for another receiver,” I say as I enter the conversation, clearly to the relief of the associate. “I want a portable CD player,” Cory says. “I thought you already had one,” I reply, visualizing the electronic morass in his small apartment and being loathe adding to it. “Yes,” he admits, “but it’s old.” “But it still works?” I press. The associate shifts back and forth, his gaze sweeps the area, clearly looking for an escape route. He finally scuttles off at the first opportunity. Cory, in Best Buy—or in any store for that matter—is like a bull in a China closet. His blind left eye is permanently deviated outward, something his wired rimmed glasses do nothing to help, and he needs a cane to help him walk. He is unable to bend his paralyzed right leg at the knee, so he walks with his entire leg swinging out and around, much like Charlie Chaplin’s odd stroll in the old movies. It is a situation just asking for something to get swept off a display. Cory’s walk is maybe a bit less terrifying than when he drives those electric carts through big retail stores. But that’s another story. There’s always another story. We end up in the aisle dedicated to receivers, which are stacked on the shelves from top to bottom. I haven’t shopped for one in years, and the choices overwhelm me, not only the variety but the range in cost as well. My price limit for this gift is around a $150. I am now standing in front of a receiver that is sporting a price tag of $699. The one associate in the receiver department has been helping another customer, FOREVER. This guy ought to be buying the entire store for the amount of time he’s hogging from that associate. I cut the sales clerk some slack when, twenty minutes later, the guy walks out with a gigantic curved flat screen. This will more than pay him for the time he is going to spend with my son. Cory and I have spent the last twenty minutes in a quandary. First, they don’t even have the brands Cory is used to buying—Pioneer and Sony. Odd Asian brand names dominate the aisle. This is our first hurdle. Change is difficult for Cory. You have to sneak it up on him slowly, get him used to the idea, let him turn it around in whatever brain he has left (and if you think I’m kidding, or being facetious, I’m not. I have a CAT scan to show you). Then he will argue against it for a long time—depending on the change, it could be years. Interesting how the short-term memory issue he developed after brain surgery does not extend to CHANGES. The information plaques in front of each receiver do little to enlighten me, and they certainly don’t help Cory. Finally, the associate approaches, totally unprepared for what awaits him. “I need a new receiver,” Cory informs him. I have a list of what is attached to that receiver, which I recite: “CD player, DVD player, phonograph, flat screen, WII game (the old one with the baton-like controllers, easily played with one hand), four speakers.”

Although the diagnosis of schizophrenia is not a welcome one and comes with unexpected changes to life, there are also lighthearted moments. This book is about a mother’s journey with her son, who not only is subject to a mental illness, but experiences the devastating effects of brain surgery gone wrong.

Kim Hopkins is a semi-retired BSN, RN having worked for 40 years as a bedside ICU and ED nurse. Aside from dealing with mental illness in a wide variety of hospital patients, her oldest son was diagnosed with schizophrenia at the age of twenty-four. During her career as an RN, she kept an accredited CCRN (Certified Critical Care nurse for for 35 years; maintained ceritifcations for TNCC,(Trauma Nursing Core Corse) ACLS (Advanced Cardiac Life Support) and ENPC (Emergency Nurse Pediatrics Course). She has two previously unpublished books written prior to her son's brain surgery, that may be edited and re-written, and several magazine articles. She lives in northwest Missouri with her dog and four cats. Writing has always been the first love of her life.