An Almanac of Plants & Medicine 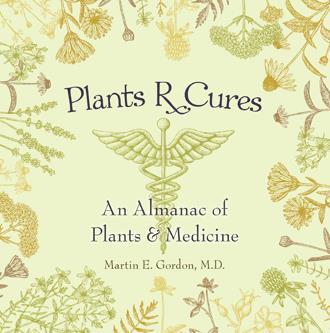 What About Tea? American Indians made Chaparral tea by grinding the leaves of the creosote bush. This desert shrub grows in Mexico and the southwestern United States and has a distinctive tar-like fragrance. Native Americans made tea from the leaves of this plant to treat chicken pox, colds, diarrhea, menstrual cramps, pain, snake bites, skin disorders and rheumatism. Over the years, it has also been prescribed for an even longer list of ailments ranging from acne to dandruff, diabetes, ulcers, UTI and even cancer. Today, Chaparral is available in capsule and tablet as well as tincture form. Chaparral contains a powerful antioxidant called NDGA (nordihydroguaiaretic acid) that has been used as a food preservative and may account for some of its medical properties. It is still used as a traditional medicine, despite known liver toxicity. Warning: it should not be taken internally (either as a tea or supplement). However, there is a place for its topical use. Mexican herbalists have long valued it for healing eczema and other kinds of skin irritation and inflammation. It often works better than many pharmaceutical products. Chaparral is sold as a lotion or salve and is usually found in health food stores. Today many tea drinkers believe that their cup of tea is healthy and is loaded with antioxidants. They believe they are reducing their chances for cancer, which may be true, but many teas are also toxic, as they can be loaded with pesticides and artificial flavors. Investigate before indulging! Harmful herbal teas such as Lobelia are promoted for smoking addiction. Sassafras, Penny Royal and Comfrey alkaloids may also produce liver damage. There are, however, teas that have the potential to make you healthier. People the world over have been brewing tea for both flavor and healing purposes. ● Oolong tea activates enzymes that reduce triglycerides, a type of fat found in the blood and that can be harmful at high levels. ● Studies show that women who drink oolong tea burned a slightly larger amount of fat than those who drank only water. Oolong tea contains niacin, which helps detoxify the body, as well as antioxidants that can prevent tooth decay. ● Green tea is an excellent source of catechins, an antioxidant that can decrease the risk of cardiovascular disease by 10%. ● Black tea is one of the most highly caffeinated varieties of tea, with about 40 milligrams of caffeine per cup. Black tea also contains thearubigins and theaflavins, and both these antioxidants help lower cholesterol levels. Another plus: drinking three or more cups of black tea a day can cut the risk of stroke by 21%. ● Lemon ginger tea has an active ingredient called zingiber with the lemon. It contains the immune-boosting compounds pectin and limonene, which can make this an effective weapon against bacterial infections. One study showed that drinking lemon ginger tea can kill the bacteria salmonella. ● Chamomile tea is an ancient natural remedy with many health benefits. Research shows that its antioxidants may help stunt the growth of cancer cells and also prevent diabetes side effects such as loss of vision, nerve damage and kidney damage. ● According to the American Cancer Society, white tea is the ultimate “healthy” tea that can reduce further risks for breast cancer survivors.

Plants R Cures explores the intersection of plants and medicine—now and in the past—while also offering a practical guide to the use of herbs to treat a large variety of ailments, from small to catastrophic. Dr Gordon tells us which plants promote good health and which ones you will be wise to avoid. The book also features anecdotal patient cases from his storied practice and world travels. With an almanac-style format and an abundance of graphics, this engaging book is designed to speak to laypeople and academics alike.

Dr Martin E. Gordon is a renowned gastroenterologist and expert in travel medicine. He served on the faculty of Yale Medical School for 40 years and headed the Yale medical library for an additional 10 years. During those years, he was asked often to diagnose patients with mysterious gastrointestinal symptoms, and he provided fellow physicians with guides to diagnoses and cures via educational materials, lectures and exhibits. He has authored many scientific publications—which focus on clinical solutions for the benefit of medical students, practitioners, and patients—and has received awards for his films and other efforts.