Birth of a Titan 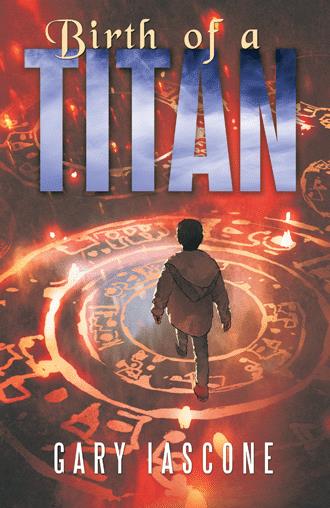 In an effort to create even more chaos, Cory then started more fires all around the stage and in the front rows of the auditorium. When Cory felt he had created enough of a disruption, he turned his attention to Ashley and Indy. He was happy to see that Indy had started to spit up whatever it was that he had taken in from Ashley. Cory cautiously moved toward his sister and asked, “Ashley, are you okay?” “Yes, little brother, I’m fine but do you think you could have saved me a little sooner?” She replied with a smile. “I would have if you hadn’t pushed me out of the way and called for help from your sisters. What was that all about?” “Perhaps we should continue this conversation later,” Ashley said, “I think my ex-friends are starting to come to from whatever it was you did to them.” Cory looked out into the auditorium and sure enough, he saw a few of the crones pointing in his general direction. “You’re right, Ash, I think it’s time to go,” Cory said. “Here, grab a hold of my hand and I’ll get us out of here.” As Ashley grabbed his hand, Cory used his free hand to touch Indy and immediately transported the three of them near the top of the barrier where he and Indy had first entered the property. “Are you okay to fly, Ashley?” Cory asked. “Sure, Cory, where to?” Ashley replied. “Just follow me, big sister, up and over.” Cory told her as he started to fly over the barrier. When he bounced back, all he could say was “Uh-oh.”

Fourteen-year-old Cory Thompson is on his way to magic school with his father and sister. At his unbinding ceremony, the powers he receives make it apparent that he is the magical community’s new Titan. In an attempt to help Cory prepare for his future destiny, Professor Archer becomes his personal mentor. Due to a series of unfortunate incidents—some caused naturally and some intentionally by the Ancient Order of the Crones—Cory’s sister, Ashley, makes the biggest mistake of her life. Cory is the only person capable of saving Ashley from becoming an evil Crone forever, even if he is totally unprepared to fight. Armed with only three months of formal training and his pet bird, Indy, Cory attempts the impossible while surrounded by elves, witches, and warlocks. If he fails, the Crones will have gained far more than a new recruit. They will hold the key to both the magical community’s and humankind’s only hope for the future.

Gary Iascone lives in Las Vegas. He received bachelors’ degrees in business administration and history from Nazareth College. He also completed a master’s in secondary education but never became a teacher due to the tragic murder of his son, Cory. Although set in a world of fantasy, Birth of a Titan is a testament to the type of person Cory was, immortalized forever in the words of his father.