This Boot Was Made for Walking! 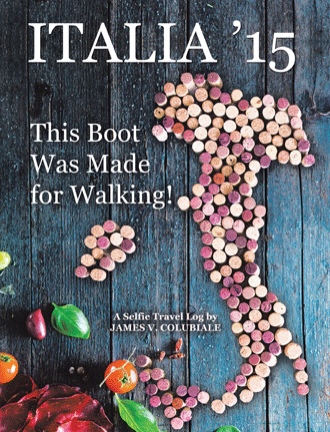 Then, the shoppers made a pit stop back to the apartment. Climbing those seven flights of stairs with their treasures in tow allowed them some time to reflect on how they were going to fit all of these things into their suitcases! Before launching a second shopping spree in a different section of the city, the group decided on a brief rest period.

With recharged energy, Eddie and Lisa J went to a museum that they could not get to in the morning, while the remainder of the group agreed to follow Betty Ann to a Church located near the train station. However, upon arriving at the gate, we found that admission was six Euros, so they bagged the idea. As Betty Ann lead the group through the shopping district, Debbie spotted a store that sold Pinocchio dolls and bought one for her grandson Michael. Tired but satisfied, they walked back to the apartment to climb those seven flights of stairs so that they could take a much-needed rest before dinner.

At about 6 PM, they decided to return to a restaurant called Anita’s where they all had an excellent meal a few days ago. Since everyone raved about the steak last time, Jim ordered the steak because last time he had veal with mushrooms. Jim reported that the chef grilled his meat to perfection! Ed, Dave, and Jim swapped stories all Debbie bought her leather bag, but she soon through dinner. The topics ranged from Babe Ruth baseball to High School wrestling and football. Sometimes the stories dovetailed into one another. Ed told a story about witnessing Phillies pitcher Terry Mulholland’s no-hitter. Then, Jim added a story about how, during Mulholland’s first appearance at the Vet after the no-hitter, Mulholland tossed his son the game ball as he walked into the dugout at the end of the 7th inning. He still has the ball. Most of the post dinner conversations dealt with all the athletic milestones the three had experienced during their coaching tenure at Lower Cape May Regional, like The Cape-Atlantic League Football Championship in 1980 (the championship-clinching game held at LCMR), The State Sectional Wrestling Championship in 1983, and The State Sectional Soccer Championship of 1989. The three of them talked most of the night on only one carafe of wine. Then, they meandered back to the apartment only to climb those seven flights of stairs to discover that a tropical storm (Jacquin) may hit the east coast on either Friday or Saturday. 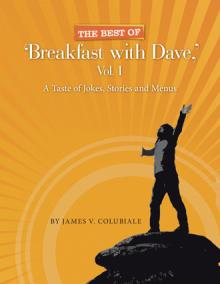 Follow the adventures of Ed, Betty Ann, Dave, Anja, Eddie, Lisa, Jim, and Debbie as they eat and laugh their way through a fourteen-day tour of Venice, Florence, and Rome.

Retired English teacher and long time Track and Field coach James Colubiale currently lives in Wildwood Crest, New Jersey with his wife Debbie. Jim earned his B. Sc. in Education from Duquesne University in 1975, and then earned a Master’s Degree in Creative Writing from Colorado State University in 1977. A lifelong surfer, Jim is also a charter member of a local rock band called OLD SCHOOL composed of retired Lower Cape May Regional teachers.