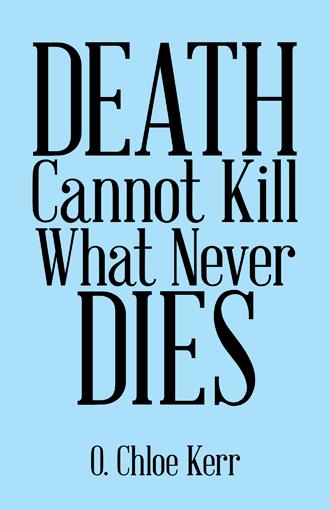 One Sunday night, I decided to go to Central Community Church of God. The minister welcomed us, had a prayer, and announced the evening message. "Tonight we will be seeing a video of Paul Choa, a South Korean evangelist." While the credits rolled, I sat there thinking, "What could a South Korean evangelist possibly have to say to me." I almost got up and left, but then another thought struck me. "Maybe this is where I am supposed to be. Maybe it is God's will for me to be here." Then, I sort of chided myself for thinking that every move I make is orchestrated by God. However, I stayed. Reverend Choa's sermon topic was about visions. He reminded us of various people who were given visions in the Bible. He then spoke of a few of the more familiar visions. After Reverend Choa's sermon, he asked, "Do you know why people were given visions then?" It was a puzzle to me. "Why?" I wanted to ask. As if he had heard my question, he began to answer it. "People in Biblical times saw visions from God because they asked for them." I thought, "Ask? Ask? That's all I have to do? Then, I thought about the parking place that I had prayed for, the found butterfly ring, and the luncheon companion. The more I sought God, the clearer I could see that He is here all the time, but I am always too busy and focused on worldly business to become sensitive to His presence and ways. It was a mystery that I could have lived this long and not know that. And yes, I realized that I am supposed to be here tonight. "We, too, can have visions if we ask for them," Reverend Choa continued. "We can?" I thought. "But, the people in the Bible were holy and chosen by God." I thought that was why they got to see visions. I wasn't holy. I wasn't chosen by God. Was I? I thought that stuff just happened in Biblical times. If it had happened in our times, why hadn't I heard of it?" "Let us pray," Reverend Cotton said, and he began to pray. But I prayed my own prayer. I closed my eyes, and to my anguish, I saw Dale in his casket again. This memory haunted me. "Lord, please take this memory away. I want to remember him as he was when he was alive. I know I am not worthy to receive a vision, but I am asking for one in Jesus' name. In my mind's eye, Dale lay in his casket. I kept praying, and our gracious Lord answered my prayer. He didn't answer my prayer the way I thought he would; he gave me a better answer than I could ever have imagined.

As I tell you of this wonder-filled journey of love that healed my grief, you, too, will find a spiritual healing. I found that God had been there for me all along, but I hadn’t understood how to establish a relationship with him. Building a relationship with God takes time, but with perseverance, miracles will begin to happen.

Grief comes to everyone, but when grief came to me, I had no idea how to deal with it, nor did I realize how painful grief could be. Grief is powerful, because love is powerful. I cried out to God after the death by suicide of my son. I learned that if you seek God, he will answer you. Yes, grief is powerful, but God is more powerful.