by Stephen B. Jones 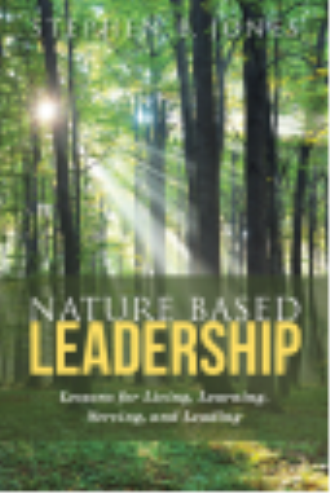 My elderly mother tells me that her older sister, Geraldine, tried to frighten the toddler me of thunderstorms. Perhaps she feared them herself. Although I do not remember at all, Mom says Geraldine would exclaim with a sense of alarm, “Dark clouds, rain hard, Stevie; time to hide.” Nor do I recall ever being frightened by lightning, thunder, ominous clouds, wind, or any other manifestation of nature’s more threatening moods. Instead, Aunt Geraldine may have unintentionally ignited my lifelong love affair with weather, even adverse conditions.

When I was a little older, yet still hand in hand with Dad, we walked through our streetlight-illuminated neighborhood during a snowstorm that Dad described as a blizzard. He had long before instructed me to extend an arm, palm perpendicular to my line of sight, shielding my eyes from the bare arc light, all the better to see the swirling sheets of wind-driven snow. We stood in silence enjoying the ever-shifting visual magic at every streetlight we passed. Dad recalled to me, as we walked that night, his experience of thunder-snow. I ache to remember what he said, but I cannot dredge it from memory. I’ve seen thunder-snow several times since, and I’ve manufactured a “memory” of the young boy seeing it with Dad. I opened my own children’s eyes and hearts to the magic of shielding the bare light to better see and enjoy snow after dark. Now it’s the grandchildren who will carry the magic forward. What we see gets filtered through an emotional lens. Our eyes see a simple dimension. Our heart, mind, soul, and spirit interpret with the language we call “magic.” Do you look with just your eyes (body), or do you engage all five portals (body, heart, mind, soul, and spirit)?

One of these days, I will explore those chronicles to draw lessons from my own interplay of how I felt and the conditions in which I ran. Short of pulling out the journals and reading them, I can still recall some notable runs. We lived near Montgomery, Alabama during the early 1980s, the peak of my marathon-running stage. Because the kids were young and I devoted evenings to them, I usually ran pre-dawn.

Thirty years ago, I could not pull up the weather radar to preview conditions, cells, and their movement. One weekday midsummer, I left for a nine-mile round trip route, heading north on rural roads. Two miles out, with a clear view to the north, I saw lightning on the horizon.

There was a narrow slice of a rain shield, illuminated every ten to fifteen seconds, just three to five degrees above the horizon. Still far enough away, I could not hear the thunder above my breathing and footfalls. It was still distant enough that I would not run headlong into the storm. I thought nothing of the beast, for storms in south-central Alabama almost always approach from the west or south. I ran the next ten to fifteen minutes through wooded countryside, the forests obscuring my view to the north. I could see the occasional non-point flash, and had begun to hear distant rumbles. I was still nonplussed. When I emerged into fields with a clear view to the north, I suddenly froze. The narrow visible rain shield and cloud base had climbed from horizon-anchored to some forty degrees or more above horizontal, stretching east-west as an advancing squall line. Frequent streaks of cloud-to-ground lightning quickened my heart. While I stood, the thunder reverberated deep in my chest and through my gut. This thing was galloping right at me, charging southbound through the darkness, and there I was four miles from home. I turned tail, knowing that I could not possibly outrun this early morning derecho.

I pushed hard. The breeze freshened and the thunder pounded. As the time between lightning and thunder closed to under five seconds (signifying it was one mile away), my fear merged with common sense. No country home in sight in which I could seek refuge on a porch, I slipped off the road shoulder to seek “shelter” in a roadside depression. Within seconds the wind howled, rain fell in torrents, and lightning popped much too close. I huddled—terrified, wet, and now cold. The fury soon passed to the south. Drenched and feeling out of harm’s way, I regained the road and slogged home just as dawn began to brighten the eastern sky. I survived a bit worn and shaky from the experience, yet feeling a deep gratitude for the pleasurable terror. Had I known what I might encounter, I would not have ventured forth that morning. Having escaped harm, however, I felt absolute gratification and full reward for the experience. Was I near the jaws of death? Probably not. I had crouched low on all fours, as all “if-you-get-caught-by-sucha-storm” experts counsel. But I did absolutely feel full terror, thus sweetening the memory, and weaving it lucidly into the fabric of my life’s journey.

I looked at the distant storm initially through the lens of experience—I “knew” it was moving from west to east, posing no threat to my morning ritual. Once I realized I was wrong, the reality of flight and fright kicked into high gear. I looked at the lightning, awakened with sharpened understanding, seeing the impending danger with new eyes. What we see depends on where we are. Both regrettably and blessedly, I did not need my flattened palm covering the arc light to see this storm. 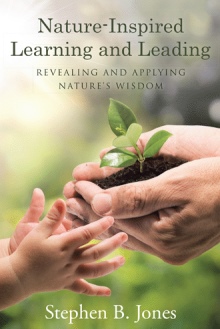 Nature Based Leadership inspires, illuminates, and entertains those who are willing to learn from Nature. A collection of personal reflections from a natural resources scientist, university president, philosopher, leadership scholar, Nature enthusiast, and Earth citizen, this book evokes deep emotions and stimulates the reader to think deeply about our relationship with this planet we call home. The author walks a fine line between prose and lyricism. Some of these essays instruct of Nature’s pleasurable terror via the author’s experience. Others do so through his tales of the power of Nature’s beauty, awe, wonder, and majesty. All of the essays draw indelible lessons from or inspired by Nature. The lessons spur the reader to look, to see, to feel, and to act for the good of the individual, the enterprise, and our one Earth. These essays will leave you hungry for more of Nature’s wisdom and inspiration.

Steve founded the Nature Based Leadership Institute at Antioch University New England while serving as that institution's president-his third university presidency and eighth university. He preceded his thirty-two years in higher education with a dozen years in the paper and allied-products manufacturing industry where, among other assignments, he conducted tree-nutrition and forest-fertilization research for four years and served another two years in the Corporate Office of Environmental Affairs. As Alabama region land manager in 1981–84, he oversaw operations on the company's five hundred square miles of forestland across twenty-seven Alabama counties. He has a bachelor's degree in forestry and a doctorate in natural resources management. Steve and Judy (his wife since June 1972) reside in the Tennessee Valley region of northern Alabama. Steve's ultimate intent is to enhance lives and enterprise success, even as he sows the seeds for responsible earth stewardship.