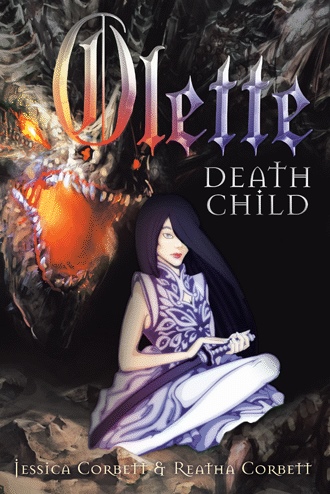 Kazuki stood like a menacing statue among the ruins of the village he had just annihilated. He just stood there, staring off into space – proud of yet another bloody victory. His glossy black hair covered half his face so that only one eye peered out at the carnage he caused. Everyone and everything had been killed or destroyed. The eerie sound of the wind howled into a silent night. The wretched smell of death and burning bodies filled the air. Blood flowed like a river between the fallen bodies butchered by Kazuki. He stood tall among the rubble and pools of blood that surrounded him. The bright moonlight reflected the crimson red glow of the blood spilled around the quiet still bodies. Billows of smoke filled the air as the village behind the spot where Kazuki stood burned to the ground. He slowly turned around to revel in his handy work. The light of the flames danced in his heartless eyes. The feeling of power surged through every ounce of his being as the light from the fire lite up his face. He glared at his prized weapon of destruction. He held in his hand a weapon that gave him unbelievable power. The enchanted sword of Transdourgi. Kazuki stole the enchanted sword of Transdourgi from an ancient burial site. He was guaranteed victory for any battle he waged using this enchanted sword. The power of the blade was overwhelming. It gave him an irresistible thirst and undeniable power a to kill. The sword of Transdourgi was known as the great destroyer. Kazuki had searched the world over to find the mythical sword. The legend of the sword was full of bloodshed, conquest and power. Legend tells of a mighty serpent with eight heads that ravished the countryside. Many Samurai Warriors tried to kill the mighty beast, but all failed. An ancient Japanese swordsmith crafted a mighty sword for the gods of war that was imbued with a bloodthirsty spirit that gave its owner the power to kill thousands. One special warrior, Kusani, accepted the gods challenge to kill the eight headed serpent. The battle raged on for days. The gods couldn’t interfere in this earthy battle of man and beast. Man had to prevail. Kusani was victorious. Man won. The horrible creature was dead. Kusani was a hero. The crowds roared and cheered for him when he returned to his home village baring one of the serpent’s heads. He was their champion and loved by all. Kusani never used the sword again. It had fulfilled its destiny. Kusani was a good man and understood the power of the sword. He knew it was too powerful to be used by man against man. It needed to be located in a place where it would be safe from the evils of man. The sword had fulfilled its destiny to kill the eight headed creature. He placed the sword of Transdourgi in a sacred vault. It stayed locked in that vault until the day he died. When Kusani grew old and died, the sword of Transdourgi was placed by his side with this warning. “Here lies the mighty warrior, Kusani and his enchanted sword. Touch this sword and you will die the horrible death of a madman. The sword can only be wielded by a being of pure heart or the evilness and darkness in your soul will drive you mad. You will be driven to be a mass murder with an unquenchable thirst for power.” Kazuki’s heart was black and he already had a desire for great power and to become a great god. The threat of death didn’t scare him. He felt like a god when he held the sword of Transdourgi and felt its astonishing powers coursing through his body like the currents of a river. With his army by his side and his enchanted sword raised high. He killed thousands. Just as he had done on this day to the village that laid in ashes before him, he devastated village after village. Kazuki, held the sword up toward the stars as a sign of victory and power. He slowly turned it as its razor sharp blade glimmered in the cool night moon lite sky. He started to return the sword its sheath by his side when he noticed it was stained with blood. He knelt down at a nearby stream to rinse the last traces of blood from his sword. He very carefully and delicately rinsed off his blade, as if it was his child. His sword had served him well.

Olette woke up with her skin feeling cool to the touch. Someone had their arm around her bare waist. She sat up in the bathtub that had become her bed for the night. She stepped out of the tub and looked back to see Cloud still sleeping in the tub. Why is he here? Does he love her or is he really a traitor? Why is she sleeping in the bathtub with him?


She looked around the room and empty liquor bottles were strewn all over the bathroom floor. Her head hurt. Where are her clothes? What in the world happened last night?


Her journey, her mission had been long and hard. It had taken her through a time when there were no limits on magical powers, mystical creatures and supernatural forces that could take the world into a time of total darkness of evil. How did that journey end up in a tub?


She had a mission to save the world from her father’s evil plans to use her as his instrument of death that would give him life again. She had been focused on that mission to prevent him from becoming immortal and his death squad from conquering the world. Her mission and journey had been a battle of survival.


But the real battle was yet to come. Will she ever be freed from the curse of her father? Will this journey ever come to an end? When will this battle be over?

Reatha Holliday Corbett is a grandmother fulfilling her granddaughter’s dream to be a published author. Her granddaughter, Jessica Michelle Corbett, first conceived and started writing “Olette” at the tender age of nine years old.


The dream to be a published author had always been Jessica’s quest in life. “Olette” was the first of many fantasy stories Jessica started writing during her youth. Publication of this story is a legacy to her memory, her life, her imagination and love for fantasy.