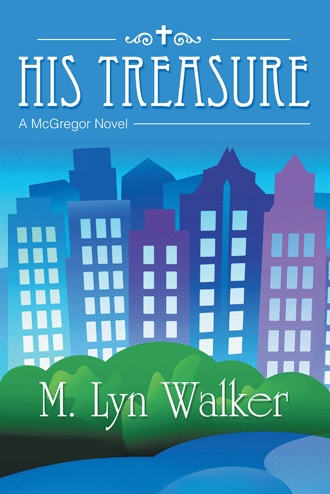 
Morgan traversed the winding stairs of the mansion’s vestibule. She wondered whether Edward was home, but not wanting to bring attention to herself, she gingerly walked down the steps before resting on the landing. Then she continued down the remaining stairs with her shoes off. Anxiety caused her broken heart to pump erratically. Adrenalin surged. Waves of blood swooshed to her brain, producing a tingling sensation in her ears.


Acknowledging a housekeeper as she walked down the hallway, Morgan held her purse tightly in one hand and her expensive shoes in another. She held them close, keeping both items from brushing the pricey artwork that lined the corridor’s walls. Morgan’s pulse raced. Hearing movement in the kitchen, she ducked into the butler’s pantry to regroup.


Knowledge of Edward’s latest dalliance had been the last straw. But she knew from their years together, that he would neither tolerate nor accept drama or theatrics from her. So she took a deep cleansing breath and composed her emotions. Giving his staff fodder for gossip was unacceptable. From the pantry, she heard Edward speaking with someone from his security detail. Now she knew with certainty that he was near.


Feeling less confident, she straightened her shoulders and plastered a smile on her face. Leaving with dignity was important. Edward had taught her well. She exited the tiny room. This would be her grand performance, her final curtain call. Walking boldly into the massive gourmet kitchen, she greeted her lover.


Edward was drinking espresso. The morning paper was opened flat on the counter. He never looked up.


Morgan leaned against the Italian marble counter and slipped her feet into buttery soft leather mules. “Did you just get home?” Her bold challenge forced his hand.


Edward put the cup down and stared. His appreciative glance was welcomed. A sly smile formed on Morgan’s face, acknowledging his admiration. Her long flowing weave had cost him handsomely and her make-up was flawless, as required. The simple, yet tasteful slacks and top that she wore screamed of money, as they should since her outfit hadn’t come cheap. Morgan knew that he still found her attractive, although they hadn’t been intimate in some time. She carried herself with the quiet sophistication, a more wizened male appreciated. Edward was over thirty years her senior, having just turned sixty-five on his last birthday.


He finally responded. “No, I returned about an hour ago.” The skin surrounding his eyes crinkled as he spoke.


Morgan’s face remained neutral. She searched his eyes for approval. Even in this final hour, it meant a great deal to her. He’d always applauded her poker face, an air of detachment that she’d perfected over a lifetime. When he nodded, ever so slightly, she relaxed. His acknowledgment of this attribute lessened the pain.


For Edward, the dissolution of their arrangement was nothing more than a business transaction. Morgan knew that he’d spent the evening with her replacement, a younger version of the cocoa brown wonder that stood beautifully before him. He wouldn’t hide the romance. He didn’t have to. She’d been his muse, not a wife. And their relationship was now over.


“I hope you enjoyed yourself last night,” she said nonchalantly.


“I did.” His smile was crooked, but his answer was honest and sincere.


She appreciated his directness, always had, although his answer hurt. Noise filtered down the hallway. Other houseguests were slowly awakening. The mansion was always teaming with rich and famous friends, whether Edward was home or not. She heard the faint sound of a vacuum cleaner. The corridor that she’d just traveled was now being cleaned. Morgan also heard indistinct voices coming from the attached garage. It was time to leave.


“My bags are packed and I’m flying to the states with Jeffery,” she said.


Edward nodded again. His business partner had flown in for a series of meetings on one of the company jets over a week ago.


Morgan was happy that Jeffery was accompanying her home.


“How long will you be gone?” he asked. His eyebrows arched, letting her know that he was truly interested in her response.


Searching his face for a glimmer of regret, but seeing none, she replied.


He took another sip of his espresso. His Adam’s apple moved slowly as he swallowed. “I didn’t think so. Do you need anything?” he asked.


“No, I came to you with nothing and that’s how I’ll leave.”


Edward sighed in resignation before speaking. “I’ll make a final deposit into your bank account. My gifts are yours to keep.”


This time Morgan’s eyebrows rose. He was being more than generous. She walked closer and searched his weathered face for understanding, still amazed that he’d never had cosmetic surgery or dyed the silver strands that liberally streaked his hair. She kissed his cheek.


He held her hands in a hardened grip. “I never planned to marry you.”


“I never expected you to,” she said.


He squeezed gently. “Be safe, call me when you’re settled.”


Morgan left the kitchen and walked down a small hallway. She nodded to two employees who smiled back as she passed. The door leading to the garage opened. The man standing on the other side startled her. She quickly descended the steps and flew past another employee, never acknowledging his equally surprised expression. Her heels clicked on polished concrete. She greeted the limo driver, who stood beside the open passenger door.


Jeffery, Edward’s business partner and her dearest friend remained quiet until she was comfortably seated. Morgan noticed his tightened jaw.


Her eyes welled. He handed her a monogrammed handkerchief. Mindful of her false eyelashes, she patted the area surrounding her lids carefully.


“As well as could be expected,” she said, controlling her emotions.


He leaned back against the plush leather seating. “Once you’re back with family, life will become brighter,” he said.


Morgan stared out the window and dazedly observed the passing scenery as the limo headed towards the airport. Europe had been her home for five long years. She’d intermittently visited the states, but hadn’t traveled back to Michigan in a long time. She’d even missed her grandmother’s funeral. “I hope I haven’t caused a permanent breach in your friendship?” she said.


Jeffery shook his head. “No, Edward will understand why I didn’t come into the house. As you’re well aware, we haven’t been close for awhile.”


A sob caught Morgan off guard. Jeffery patted her hand. Then he closed his eyes. She wondered if he was praying. Pent-up emotion finally broke and hot tears flowed liberally down her cheeks.

A successful career or a successful personal life? For some, it seems as though it has to be one or the other. They’re mutually exclusive. At least that’s what Morgan Harding was beginning to think. A brilliant strategist, Morgan Harding is—was—Edward Rousseau’s muse. As CEO of R. K. International, his mentorship provided wealth, but at tremendous personal cost. When their relationship ends, Morgan travels home to Indigo Beach, Michigan, for answers.


In her book, His Treasure: A McGregor Novel, author M. Lyn Walker takes readers to Morgan’s hometown and on her journey of self-discovery. There she meets fifteen-year-old Petra McDonald. Her widowed father, Jacob McDonald, struggles with Petra’s rebellion, and he sends her to his mother for the summer so that she can sort out Petra’s problems. As a favor to the girl’s grandmother, Morgan agrees to become Petra’s companion. But her scandalous past forces Jacob to make a terrible decision that propels his daughter into danger.


Long-held secrets come to light in His Treasure: A McGregor Novel as Pastor Deon of New Life Full Gospel Church helps his followers understand pride’s destructive power, and that healing begins with repentance and self-forgiveness.

M. Lyn Walker is a native Michigander and a graduate of Western Michigan University. Married for twenty-nine years, she has two adult children and an energetic seven-year-old grandson. She and her husband live in a suburb of Chicago.