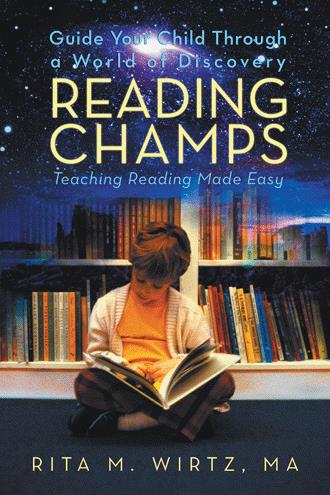 Welcome to the world of the alphabet, a rich, easy-to-understand set of rules that kick off the Reading Champs instructional handbooks. These simple, Easy-Start reading success secrets make a big difference in your teaching and coaching!
Before we start with the alphabet, you need to know a few things. First, each letter represents one or more sounds, and second, all printed and written words have meaning.
All English text is made up of letters and combinations of letters called words; each word is separated from every other word by one or more spaces and, in some cases, symbols known as punctuation.
The next fact is that English is read from left to right and from the upper-left corner of the text to the bottom-right corner.
And, finally, the letters of the alphabet are presented in UPPERCASE LETTERS and lowercase letters. It is important that English-language learners are aware of these differences and the rules that govern their use.

Why Do We Need to Know This?

Few elements of the English language are as important as our alphabet. Using only twenty-six symbols, we can construct tens of thousands of different words. We describe those words later in these instructional handbooks, but before we do, you need to understand what these symbols are and how they are used to represent sounds.
We believe the English alphabet is the most important of all the elements that define our language. Here’s what you need to know to jumpstart your teaching.

Introduction to the Alphabet

How to Recognize Letters in the Alphabet

What are the letters in your first name? You may print them in all uppercase letters.
The Word Wall Card (see next page) is designed so students can rearrange them easily into small packets to demonstrate an understanding of the concepts described above.

Example: This word wall card layout is intended for a 4” x 6” index card. Letters are presented in both uppercase and lowercase letters and in Times New Roman (a serif face) and Arial (a sans-serif face). Four words are provided so the student can find, cut, and paste illustrations of each of the example words. Complete sets as .pdf files are available at ritawirtz.com. Feel free to use this idea to create your own set. 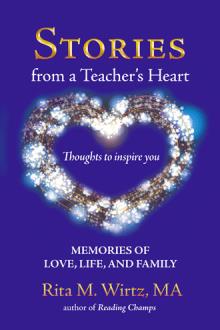 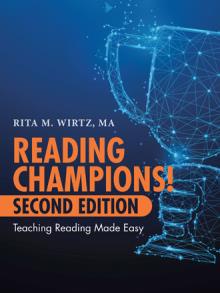 Reading is one of the most important fundamental skills that children learn. Unfortunately, many children still struggle to read proficiently, leaving parents to seek alternative educational environments and educators to seek innovative teaching methods. With that in mind, seasoned reading specialist Rita Wirtz shares a commonsense, time-tested reading guide that offers a step-by-step approach for successfully instructing the fundamentals of reading to readers of all ages. Wirtz, a language arts and reading specialist who has taught at all levels for forty years, presents mini-lessons that focus on basic phonics instruction, proven strategies, and specific skills to help students • recognize words; • increase reading speed and fluency; • build and boost vocabulary; • correct basic reading errors and difficulties; and • build confidence as readers. Reading Champs provides fundamental building blocks and success secrets for any parent, tutor, and teacher with an aspiration to transform struggling readers into reading champions.

Rita Wirtz holds a BA in English and speech, a master’s degree in reading from Arizona State University (ASU), and an administrative services credential (K–12) through California State University–Sacramento (CSUS). She is a California language arts and reading specialist who has instructed at all levels including K-12 classrooms, labs, and clinics for forty years. She currently lives in Oregon.